You are in : All News > Flavonoids combined with specific gut microbes may prevent severe flu 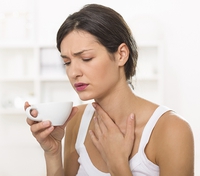 07 Aug 2017 --- A new study has thrown further light on the far-reaching effects that gut microbes can have on the immune system, by showing that a particular gut microbe can prevent severe flu infections in mice, likely by breaking down flavonoids, the naturally occurring compounds commonly found in foods and beverages such as black tea, red wine and blueberries. This strategy is also effective in fighting off severe damage from flu when the interaction occurs prior to infection with the influenza virus, indicates the research conducted by scientists at Washington University School of Medicine in St. Louis. This work could also help to explain the wide variation in human responses to influenza infection.

Flavonoids aid fight
“For years, flavonoids have been thought to have protective properties that help regulate the immune system to fight infections,” says first author Ashley L. Steed, MD, Ph.D., an instructor in pediatrics who treats intensive care patients at St. Louis Children's Hospital. “Flavonoids are common in our diets, so an important implication of our study is that it's possible flavonoids work with gut microbes to protect us from flu and other viral infections.”

In light of previous evidence suggesting that the gut microbiome may be important in protecting against severe influenza infections, the researchers aimed in their study to identify which gut microbes in particular might provide that protection.

“It's not only having a diet rich in flavonoids, our results show you also need the right microbes in the intestine to use those flavonoids to control the immune response,” says the study's senior author, Thaddeus S. Stappenbeck, MD, Ph.D., the Conan Professor of Pathology & Immunology. “We were able to identify at least one type of bacteria that uses these dietary compounds to boost interferon, a signaling molecule that aids the immune response. This prevented influenza-related lung damage in the mice. It is this kind of damage that often causes significant complications such as pneumonia in people.”

Targeting immune response
As part of the study, the researchers screened human gut microbes looking for one that metabolized flavonoids. Stappenbeck and Steed identified one such microbe that they suspected might protect against flu damage. The microbe, called Clostridium orbiscindens, degrades flavonoids to produce a metabolite that enhances interferon signaling, a process that leads to increased cellular resistance to viral infection.

“The metabolite is called desaminotyrosine, otherwise known as DAT,” Steed says. “When we gave DAT to mice and then infected them with influenza, the mice experienced far less lung damage than mice not treated with DAT.”

Interestingly, although the lungs of DAT-treated mice didn't have as much flu damage, their levels of viral infection were actually identical to those in mice that didn't get the treatment.

“The infections were basically the same,” Stappenbeck says. “The microbes and DAT didn't prevent the flu infection itself; the mice still had the virus. But the DAT kept the immune system from harming the lung tissue.” Annual flu vaccines don’t always prevent infections, making this an important finding.

“With DAT, it may be possible to keep people from getting quite as sick if they do become infected,” Steed says. “This strategy doesn't target the virus. Instead, it targets the immune response to the virus. That could be valuable because there are challenges with therapies and vaccines that target the virus due to changes in the influenza virus that occur over time.”

Next steps in scientists’ research could include identifying other gut microbes that also may use flavonoids to influence the immune system, as well as exploring ways to boost the levels of those bacteria in people whose intestines are not colonized enough with those microbes.

The study, “The microbial metabolite desaminotyrosin protects from influenza through type 1 interferon,” was published on August 4 in the journal Science.

Probiotic progress
The scientists’ findings come at an important time for the probiotics industry as the range of possible health benefits, inclduing gut health benefits, continues to be discovered and consumers continue to pay attention. “Awareness will increase as the science continues to strengthen, which will allow healthcare professionals to safely recommend probiotic solutions,” Lasse Nagell, Senior Vice President of Human Health at Chr. Hansen, tells NutritionInsight.

As research continues, benefits for companies and consumers could be widespread. “There have been many breakthroughs now in science that demonstrate the importance of beneficial bacteria in maintaining good health or good productivity, whether it’s in humans, livestock productions or agriculture,” Christian Barker, the Executive Vice President of Health & Nutrition at Chr. Hansen, says in a NutritionInsight interview.

A healthy gut microbiome is necessary for skeletal muscles to fully grow after exercise, according to a study from the University of Kentucky, US. The study findings... Read More

While the scientific evidence and consumer interest in gut health is growing, a “surprising” amount of confusion and misinformation remains, according to... Read More

Science “not yet there” for personalized gut health guidance, argues InsideTracker

The science is not yet developed enough to personalize nutrition based on gut microbiome testing, a new analysis of current research has concluded. It was led by... Read More

The Meatless Farm’s pea, rice and soy-based plant-based meat alternatives (PBMAs) have been linked with promoting positive changes in the gut microbiome. This is... Read More

The National Institutes of Health (NIH) has awarded a nutritional scientist a US$1.69 million grant to investigate how beneficial microbes in the gut use nitrogen in... Read More