You are in : All News > Evonik’s omega 3 powder proves five times more bioavailable in first ever human trial

21 Jan 2021 --- Evonik’s novel omega 3 lysine complex, AvailOm, has been shown to produce faster absorption and bioavailability than a standard oil-based ethyl-ester omega 3 formulation in the first human clinical trial conducted on the product.

The Germany-based chemicals company says the results could provide manufacturers with more tools to incorporate low but effective does of omega 3.

In contrast to the standard ethyl-ester supplements, the free fatty acid form of omega 3 in AvailOm does not require emulsification via bile salts and hydrolysis by pancreatic lipases. Therefore, it can be positioned for rapid absorption.

Speaking to NutritionInsight, Christopher Studte, director of new health ingredients at Evonik Health Care, explains the significance of the findings.

“By creating a link to the scientific body of evidence of omega 3 free fatty acids, formulators can now make use of the superior potency, bioavailability and stability of this novel format to create the next generation dietary supplements that are nutritionally and environmentally superior. Not only does the omega-3 lysine complex have benefits for the consumer, it also requires the use of less marine resources to achieve the same desired effect and thus helps to conserve marine life.”

The complex is produced in a powder and targeted for supplement personalization. It can be incorporated into a broader range of products than the traditional oil-based substances usually used to deliver omega 3 products in supplements. 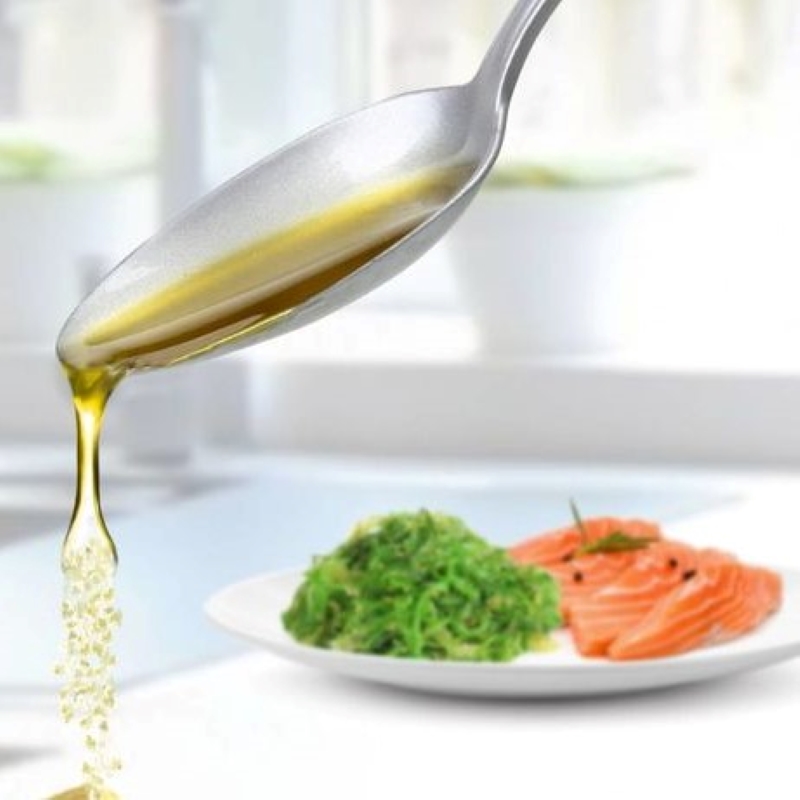 The two experimental periods lasted 48 hours each and were separated by a wash-out period of two weeks, calculated from the first dosing.

The results showed rapid absorption and high bioavailability for AvailOm in comparison with the standard supplement.

Bioavailability was five times higher with AvailOm, something Evonik had previously shown in non-human trials.

“The results of this first-in-human study provide compelling evidence that can improve the efficacy of omega 3 supplementations,” says Renger Witkamp, professor of nutritional biology at Wageningen University.

“Not only does the administration of EPA and DHA in the form of its lysine salt provide a novel and effective way to increase plasma levels of these important fatty acids, the stability and technical properties of the omega3 lysine complex provide additional advantages that will allow the development of novel product formulations that may require lower doses.”

“This study represents exciting opportunities for the optimization of omega-3 supplementation using the lysine complex.”Evonik says it will help other nutraceutical companies incorporate AvailOm into their products.

“Evonik’s omega 3 lysine complex solves many challenges in the development of highly concentrated and yet convenient food supplements, addressing the needs of various consumer groups, such as pregnant women, mothers and healthy agers,” explains Studte.

Studte also emphasizes that the company will be focusing on aiding other nutraceutical businesses to transform their products with AvailOm.

“We look forward to leveraging our AvailOm platform, as well as our complementary formulation and scale-up services to help nutraceutical companies differentiate and accelerate speed to market.” Studte is one of Evonik’s leading experts in the field of omega 3 fatty acids.

Omega 3 on the rise
Evonik’s development of a solid form, fast absorption omega 3 supplement joins a tide of other industry developments seeking to research new uses and formats for the fatty acids found in omega 3.

Last year, Norwegian company Epax landed a US$1 million investment deal to begin researching the dozens of lesser-known omega 3 fatty acids, besides DHA and EPA. The company is hoping its investigations will lead to a range of new health applications.

In August, an industry roundtable also flagged the need for wide-scale investment and investigation into how supplementation should be approached with omega 3, citing a lack of public knowledge on dosage and types of omega 3s.

Norway-based Aker BioMarine will now be able to enforce its patent related to the production and composition of krill oil, following a decision by the European Patent... Read More

Vitamin D use significantly increased during the COVID-19 pandemic, according to the Council for Responsible Nutrition (CRN)’s 2021 Consumer Survey on Dietary... Read More

Increased consumer demand for immunity products ahead of the winter season is a key driver behind BioGaia’s growth, according to the Sweden-based company. It has... Read More