Ampli-D is a manufactured form of calcifediol or 25-hydroxy, a pheromone produced in the liver through the hydroxylation of vitamin D.

“Australia is a key market for DSM, and we had already made preparations early, and with the fall (cold and flu) season starting soon this is the traditional time for people looking for immunity support products,” Mark van Nieuwland, DSM program director for innovation, tells NutritionInsight.

DSM sought to produce calcifediol in a supplement to provide consumers with a fast-track substitute to vitamin D’s end product.

“Our bodies get vitamin D from food, supplements and mostly sunlight. Before this can be used further by the body, it must be processed by the liver and converted into calcifediol. It’s a slow process that can easily take several months to achieve a healthy vitamin D level in the bloodstream,” explains Nieuwland.

“ampli-D is already in calcifediol form. That means it is immediately available to be further activated and used by the body. As such, ampli-D raises vitamin D levels three times faster than regular vitamin D, helping consumers to boost vitamin D levels in the body in a faster and more effective manner in days and weeks rather than months.”

This shortens the body’s processing time to get optimal vitamin D levels in days and weeks rather than months. 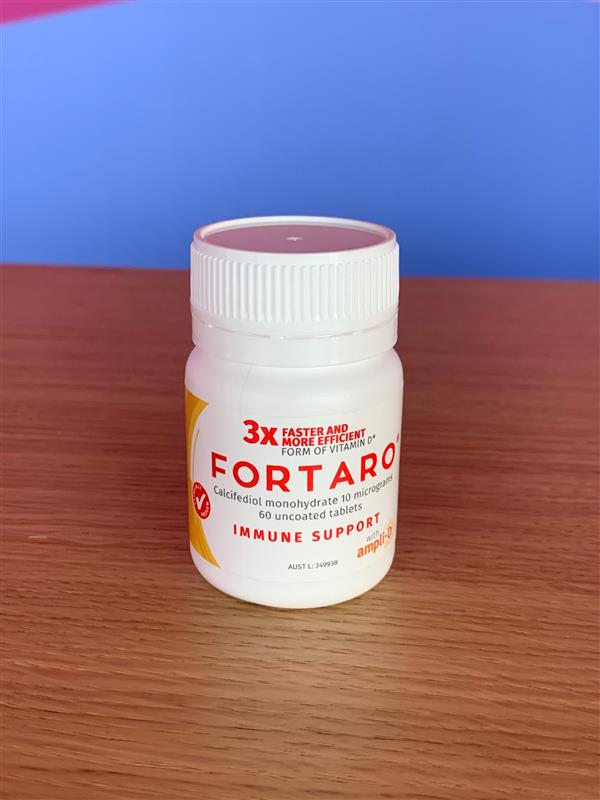 DSM's ampli-D supplement Fortaro is now available in Australia.Ampli-D awaits the global market
The launch of ampli-D in Australia follows a regulatory approval by the country’s Therapeutic Goods Administration (TGA) for its use in dietary supplements that do not require a doctor’s prescription.

DSM says that Australia is the first market for this launch, and is still awaiting approvals in other countries to sell ampli-D as a dietary supplement.

In addition, DSM also recently launched a dietary supplement product with ampli-D in tablet form for Australian consumers under the brand name Fortaro.

Targeting immunity
Innova Market Insights listed “In Tune with Immune” as one of its top market trends for 2021. 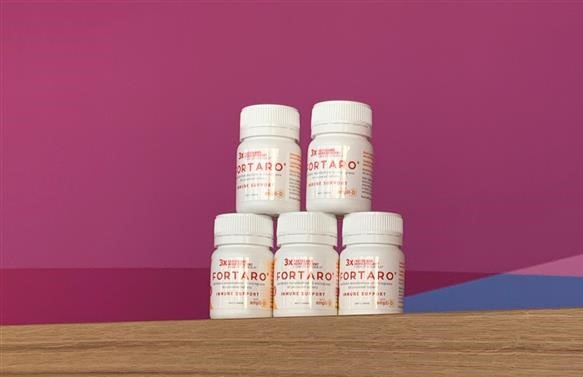 ampli-D is still awaiting a global roll out.DSM says the launch of ampli-D in Australia comes as a response to these demands. A recent consumer study conducted by DSM in 2020 with 12,000 participants showed that 65 percent of the global participants ranked immunity as one of their top three health concerns.

Vitamin D has long been associated with bone and muscle health, and its role in supporting the immune system function is increasingly recognized.

“With today’s concerns on health and well-being, vitamin D is an important micronutrient that helps to enhance immune system function, and emerging scientific evidence supports the important role of vitamin D in the body’s response in resolving and lowering the risk of acute respiratory tract infections,” says general practitioner Michela Sorensen.

Despite its importance to health and well-being, DSM notes that vitamin D deficiency is a prevalent global health issue. Over 80 percent of the world’s population has suboptimal levels of vitamin D in their body.

Even in Australia, where sunshine is abundant, one in five adults remain deficient in vitamin D, and an additional 43 percent have suboptimal levels, according to the Australian Bureau of Statistics.

“There are also many other studies on vitamin D deficiency amongst Australians focusing on risk factors like higher latitudes, winter season, being obese, having low physical activity, people with darker skin pigmentation and not having adequate nutritional intake including supplements,” says Nieuwland.

Vitamin D and COVID-19
The impact vitamin D can have in alleviating the impact of COVID-19 symptoms is still a debated topic.

Last year, the UK government launched a program to provide 2.5 million vulnerable people in the UK with free vitamin D supplements to combat increased deficiency during the winter period.

The decision to launch the program by UK Health Minister Matt Hancock followed a series of studies showing early signs that patients with vitamin D deficiencies were more at risk of the virus.

In one such study, a randomized control trial in Spain administered a high dose of calcifediol to 50 patients hospitalized with COVID-19 infection. Only 2 percent of those receiving calcifediol were admitted to the ICU.

However, the US Department of Health and Social Care has said there is still “no robust evidence” that vitamin D can reduce the severity of COVID-19 symptoms.