You are in : All News > DSM’s ARA and DHA supplement slashes premature infant eye disease risk in half, finds study 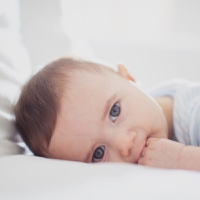 01 Apr 2021 --- A study has found that DSM’s Formulaid – a 2:1 ratio ARA and DHA – can help reduce the risk of severe retinopathy of prematurity (ROP) in extremely premature infants.

The investigation of long-chain polyunsaturated fatty acids (LC-PUFAs) adds to existing data that describes the importance of the amount and the balance of DHA and ARA in infant feeding.

Overall, the Sweden-based researchers found that the treatment with a combination of ARA and DHA in a 2:1 ratio reduced the risk of severe ROP by 50 percent, compared with the standard of care. Additionally, blood levels of DHA and ARA were significantly higher in the infants who received the supplement. Importantly, there were no significant adverse effects.

In their study published in JAMA Pediatrics, the study authors say that this supplementation seems to be a “promising” intervention to prevent sight-threatening ROP. “Thereby, [it could] reduce not only visual impairment and blindness but also exposure to potentially harmful therapies for severe ROP.”

DSM welcomes these results as “underpinning present evidence and the agreement of renown pediatric nutrition experts on the need to provide infants with a balanced supply of both DHA and ARA in order to optimally support healthy growth and development.”

Examining 206 infants
ROP is one of the most common causes of vision loss in childhood. It is also associated with reduced brain volumes and poor developmental outcomes, suggesting there may be shared pathways that can impact brain and eye development.

During the third trimester of pregnancy, DHA and ARA are selectively transferred from the mother to the fetus. Thus, compared to term infants, infants born prematurely have lower DHA and ARA levels, fatty acids key for the healthy development and function of the retina and brain.

While DSM provided Formulaid at no cost, the study was primarily supported by a Swedish Medical Research Council grant. The researchers also received grants from the Gothenburg Medical Society, De Blindas Vänner and the Swedish government.Few studies have assessed the impact of both DHA and ARA on ROP, according to DSM.

A new frontier
According to DSM, many studies have been conducted to evaluate the impact of LC-PUFAs on ROP, but few have assessed both DHA and ARA together.

However, earlier studies have documented a link between low DHA and ARA status and ROP risk.

In one study, low blood levels of ARA in premature infants were strongly associated with later development of ROP15.

In others, the risk of severe ROP or ROP that required treatment was significantly decreased in premature infants who received either an oral or intravenous source of DHA.

In contrast, other studies looking at different outcomes have indicated the importance of adding both DHA and ARA in balanced amounts during early life.

Clinical studies of term and preterm infants reported that when DHA was given in amounts either equal to or greater than ARA, ARA levels decline. Moreover, the functional benefits associated with supplementation are reduced or not consistently observed.