You are in : All News > Drinking four cups of tea per day can help reduce type two diabetes, study shows 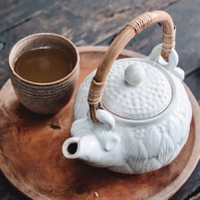 A systematic review and meta-analysis of 19 cohort studies involving more than one million adults from eight countries discovered that those who drank one to three cups of tea daily lowered their risk of Type 2 diabetes by 4%. Those who consumed at least four cups daily reduced their risk by 17% over ten years.

“Our results are exciting because they suggest that people can do something as simple as drinking four cups of tea a day to potentially lessen their risk of developing Type 2 diabetes,” says lead author Xiaying Li from Wuhan University of Science and Technology in China.

According to the researchers, past cohort studies and meta-analyses have reported inconsistent findings on the relationship between Type 2 diabetes and tea consumption. However, past studies have found other health benefits to drinking tea.

The research
The analysis found a linear association between tea drinking and Type 2 diabetes risk, whereas if one went up, the other went down.

Many studies had to be performed to come to make this connection.

Study finds that drinking four cups of tea per day could decrease Type 2 diabetes risk. However, in one cohort study, researchers found that tea drinkers had a similar risk of developing Type 2 diabetes compared to non-drinkers.

Forty-six% of participants reported drinking tea, and by the end of the study, 10% of participants had developed Type 2 diabetes. In this cohort study, “we did not look at higher tea consumption,” says Li.

From the overall results of the meta-analysis, the results were more significant with higher daily tea consumption. The suitable conclusion from the researchers is that only considerable amounts of tea have a potential impact.

“While more research needs to be done to determine the exact dosage and mechanisms behind these observations, our findings suggest that drinking tea is beneficial in reducing the risk of type 2 diabetes, but only at high doses (at least 4 cups a day),” voices Li.

The scientists researched many different variables that could have effects on the results.

They explored the potential impact of different types of tea (green tea, oolong tea, and black tea), frequency of tea drinking, sex (male and female), and location (Europe, America and Asia) on the risk of Type 2 diabetes.

Teas benefits
Tea has antioxidant, anti-inflammatory and anticarcinogenic compounds. These all can have significant health benefits if consumed in high quantities.

“It is possible that particular components in tea, such as polyphenols, may reduce blood glucose levels, but a sufficient amount of these bioactive compounds may be needed to be effective,” Li expresses.

Other studies have suggested links between tea and lower blood sugar levels.

Last month, the US National Cancer Institute reported that individuals consuming two cups of black tea per day have a 9% to 13% lower risk of early death than non-tea consumers.

Certain ingredients in tea have also been shown to have calming benefits for the mind. L-theanine, an amino acid that supports relaxation and aids in healthy stress response by potentially reducing cortisol levels, is found in tea.

Drinking a minimum of two cups of green or black tea a day is recommended as the new standard for reaping all of the nutritional benefits from the tasty, warm and... Read More

People who drink two cups of black tea per day have a 9% to 13% lower risk of an early death than non-tea consumers, according to a study from the US National Cancer... Read More

Netherlands-based MicrodoseTogether is unveiling a range of functional teas, which come with a serving of truffles. The Happy Tea is a microdosing drink aiming to help... Read More

The “most wonderful time of the year” can also be some of the most anxiety-inducing. Biotech supplement company Adventa Bioscience reports that 88% of US... Read More