You are in : All News > Divided Opinions On Vitamin D Enrichment 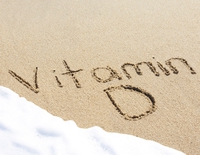 28 Oct 2015 --- Vitamin D is important for the absorption and metabolism of calcium, as well as for maintaining healthy bones and muscles. Danes generally have too low a level, and this is mainly because the sun - the main source - is absent for much of the year. Getting an intake of vitamin D through the diet will therefore be relevant for many, but are consumers actually interested in buying foods with added vitamin D?

This is the question that researchers at the MAPP Centre at Aarhus University have asked 1,263 Danes in an online survey. The results show that the population to a large extent is divided in their attitudes to fortified foods. The majority are positive towards the possibility of adding vitamin D, but that does not mean that they would buy those products themselves. Although the concept is widely accepted, Danes prefer products that do not contain added vitamin D.

- It's easy to say that you accept a product, but it's quite another to buy it. Danes are generally sceptical of fortified foods, and this is primarily because a food product that is enriched is a less natural product. When it also alleges to affect your health, this arouses scepticism explains George Tsalis, Research Assistant at the Department of Management and one of the authors of the study.

He states that this is problematic since vitamin D deficiency is associated with a variety of ailments such as depression, bone and muscle pain and even cancer. It is particularly critical to a number of population groups - particularly the elderly, people with dark skin and persons who get limited sun exposure.

It is detrimental to the health of the individual and costly in many ways to society to undo the damage of prolonged vitamin D deficiency. If we could change the approach to fortified products and make them an everyday part of the Danish diet, it would have a major beneficial effect in the long term, says George Tsalis.

In the new study, the researchers asked about consumers' general knowledge of vitamin D and perception of vitamin D enrichment, both on a general level and specifically in relation to selected products such as milk and bread, among others. In addition, the researchers investigated whether consumer perception of the fortified products depends, for example, on whether the packaging clearly states that vitamin D is added at the recommendation of the Danish Veterinary and Food Administration.

The results show that the Danish population's acceptance of food products with added vitamin D is primarily affected by three factors: Consumer attitudes towards vitamin D, the perception of the health benefits of vitamin D and who is in control of the enrichment.

Although it appeared that respondents were generally not overly willing to buy the enriched products, the researchers found that milk was the product that the consumers thought was most suitable for enrichment with vitamin D. This may be because vitamin-D-fortified milk has already been introduced in the Danish market, albeit without much success.

In general, the study shows that Danes want freedom of choice. They would like the authorities to have control over vitamin D fortification and they would like food producers not to be allowed to add the vitamin at will, says George Tsalis and elaborates that two out of three respondents also pointed out that it was insufficient to mention in the list of ingredients that the product contains added Vitamin D. It should be clearly stated on the packaging.

But the question is whether the Danish attitude to fortified products can be changed? According to George Tsalis it is important to communicate the benefits of vitamin D to create a basis for further acceptance of the concept.

At the same time, it should be clarified that it is the authorities that regulate and have the overall responsibility for the enrichment of food products with vitamin D.

-When it comes to public policy, communication is the only solution. Only by highlighting the usefulness of vitamin D and the consequences of its deficiency can attitudes and consequently behaviour be changed, says George Tsalis.