You are in : All News > Diet tea “misled consumers” argues Federal Trade Commission 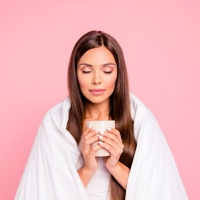 09 Mar 2020 --- Teami, a marketer of teas and skincare products, has settled US Federal Trade Commission (FTC) charges that it used deceptive health claims to promote its products. According to the FTC, Teami claimed that its 30 Day Detox Pack would help consumers lose weight and that its other teas fight cancer, clear clogged arteries, decrease migraines, prevent the flu and treat colds. The proposed court order settling the FTC’s complaint prohibits Teami from making unsupported weight-loss and health claims and imposes a US$15.2 million judgment. This is the total sales of the challenged products, but will be suspended upon payment of US$1 million, based on the company’s inability to pay the full judgment.

The Teami 30 Day Detox Pack – touted as boosting metabolism and starting to burn stored fat – includes the company’s Skinny tea and Colon tea. The FTC also states that Teami represented directly or indirectly that the users of the detox pack only have to drink the tea in order to experience substantial weight loss, which could be as great 40 pounds in total or over four pounds a week.

Click to EnlargeThe teas were marketed using Instagram.Celebrity involvement
The FTC has also taken issue with social media influencers promoting the products without adequately disclosing that they were being paid. Notable people who posted promotional images and captions on Instagram include Cardi B, Katya Elise Henry, Brittany Renner, Adrienne Bailon, Princess Mae, Jordin Sparks and Alexa PenaVega. Followers who read those posts could not see a disclosure that the endorsements were paid-for unless they clicked the “more” option.

In addition to taking action against Teami, FTC staff have sent warning letters to the ten influencers alleged in the FTC’s complaint to have made inadequate disclosures. Nonetheless, the FTC says that Teami’s “deceptive” influencer practices continued despite the company receiving a warning letter from FTC staff in April 2018.

For advertisements involving influencers or other endorsers, the proposed order requires clear and conspicuous disclosures of any unexpected material connection. It also imposes endorser monitoring requirements.

“The internet is an important mechanism for facilitating the flow of information between businesses and consumers, so combating the spread of misinformation online is critical. The relief obtained in this matter demonstrates the Commission’s commitment to battling digital misinformation. Across the board, the Commission is committed to seeking strong remedies against advertisers that deceive consumers because deceptive or inaccurate information online prevents consumers from making informed purchasing decisions and creates an uneven playing field for those that follow the rules,” says the FTC in a statement on the matter.

The rise of social media has led to an information deluge, that at times, can lead to broader issues. NutritionInsight has previously reported on eating disorder orthorexia nervosa, which has been linked to social media health pages. Meanwhile, the current outbreak of COVID-19 has led to a slew of nutrition “scammers” keen to monetize consumers’ fears, with social media being the nucleus for unfounded rumors of the supposed curative properties of everything from bleach to oregano oil.

04 Jun 2021 --- An active social media presence from health professionals and scientific experts is crucially lacking in online discussions regarding healthy diets, according to... Read More

17 May 2021 --- L-Nutra’s Fast Bar, a premium nutritional bar, can be used to effectively mimic the practice of a water-only fast, according to a new study. “This... Read More