You are in : All News > Curcuminoid-fenugreek complex trumps glucosamine and chondroitin for joint pain, Akay study finds 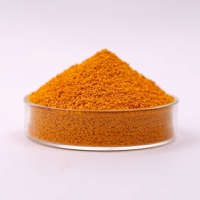 17 Dec 2020 --- Akay Group’s curcuminoid-fenugreek complex, CurQfen, was found to be more effective than glucosamine hydrochloride and chondroitin sulfate at reducing the pain and symptoms of osteoarthritis (OA) patients.

The randomized trial found this to be the case even at very low doses of CurQfen, spotlighting the importance of bioavailability.

“Significant absorption, distribution and cellular uptake of the bioactive form of the molecules are very important for the functional and therapeutic efficacy of any substance,” Dr. Krishnakumar IM, Akay’s chief research officer, tells NutritionInsight.

Significant improvements
Now published in Phytotherapy Research, the open-labeled and active-controlled clinical trial lasted six weeks. The 84 subjects either consumed 400 mg CurQfen once a day, or a mix of 500mg glucosamine hydrochloride and 415 mg chondroitin sulfate twice a day.

The CurQfen group reported significant improvement in pain and physical activity, with notable changes emerging as early as day 28.

Specifically, there was 31, 33, 36 and 35 percent improvement in the pain, stiffness, physical function, and total Western Ontario and McMaster Universities Arthritis Index (WOMAC) scores of the study subjects from baseline to the end of the study.

Akay notes that while many studies have used WOMAC scores to measure improvements, only a couple of studies have detailed component scores, including the influence on pain, stiffness and physical function.

“Therefore, our protocol could really evaluate the possible contribution of a free curcuminoid delivery form of curcumin at its lowest dosage,” says Krishnakumar. The potential anti-inflammatory activity of CurQfen is evident from the observed modulation in IL-1β, IL-6 sVCAM and hs-CRP in the serum of OA patients after the study period.

Providing anti-inflammatory effects
OA usually develops due to the damage or break in the cartilage that acts as a cushion between the bones in a joint, notes Akay.

The imbalance of inflammatory signaling in the chondrocytes and synovial cells, with abnormal activation of cytokine cascade and overproduction of inflammatory mediators, is characteristic of OA.

Addressing a growing issue
Arthritis and knee OA are growing concerns around the world, according to Emmanuel Nambusseril, Akay’s chief marketing officer.

He points to estimates from the Centers for Disease Control and Prevention (CDC), which anticipate nearly 25 percent of US adults will suffer from this condition by 2040.

“Since relief-aids such as NSAIDS are shown to have side effects, they are not suitable for long-term use for the management of the discomforts. Here comes the significance of safe, natural aids such as turmeric, a GRAS-listed kitchen spice and medicinal herb having centuries of history of usage worldwide.”

Bioavailability is crucial
However, Nambusseril continues that poor bioavailability of the bioactive form of curcuminoids is the major issue for the translation of its functional benefits for conditions such as arthritis.

“The real challenge in the craft of bioavailable formulations of curcumin is to deliver the bioactive forms of curcumin – that is the unconjugated free form over the conjugated glucuronide metabolites.”

The free curcuminoid bioavailability of CurQfen is 45.5-fold higher than unformulated standard curcumin, with an extended elimination half-life of three to four hours.

Continuing the conversation
The company is now discussing the study results with nutraceutical manufacturers, practitioners and physicians to make them understand the importance of this “new generation of bioavailable curcumin” for conditions like arthritis.

CurQfen was first launched in 2015 and is available in markets including the US, EU, Canada and Australia.

Akay has also developed CurQfen+Glucosamine and CurQfen+Boswellia combinations as single beadlet powders using FENUMAT technology, which works as a natural self-emulsifying hydrogel for better in vivo absorption of nutrients.

These offerings have been shown to possess even better efficacy at low dosages. “Therefore, FENUMAT formulations open up new and efficient natural opportunities to formulators,” concludes Nambusseril.

Used for centuries in food and medicine for its health benefits, over 100 reports have been received on adverse effects of turmeric in Italy and France. In Italy, 20... Read More