You are in : All News > Calls for sesame inclusion in US allergen labeling rules intensify

Calls for sesame inclusion in US allergen labeling rules intensify 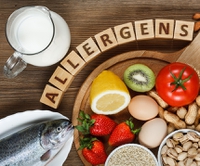 17 Apr 2018 --- US watchdog The Centre for Science in the Public Interest (CSPI) is stepping up its campaign urging the inclusion of sesame seeds in food to be clearly marked on the label as a potential allergen. In its latest report – Seeds of Change – the CSPI say that while some companies lead the way in sesame allergen labeling, large gaps remain.

The organization is pushing for clearer labeling on sesame content in the same way as the top eight allergy-causing foods are clearly labeled for consumers.

It is highlighting the need for better sesame labeling by demonstrating how the current deficiencies in food manufacturers’ sesame disclosure policies are causing confusion for consumers.

According to CSPI, these leading companies can serve as “seeds of change” for the rest of the food industry because “unfortunately, many major food companies continue to lag behind, complying with regulatory requirements to disclose the big eight major allergens, but not providing clear labeling for sesame.”

More than 300,000 people in the US suffer from sesame allergy, which is ranked ninth in prevalence among the most commonly diagnosed food allergies. For many people with sesame allergy, accidental exposure poses potentially deadly risks.

Sesame ranks sixth or seventh among major allergens in terms of severity and a greater fraction of adults with sesame allergy report an emergency room visit for food allergy in the past year than adults with any other major food allergy, according to the research.

However, sesame is not covered by the same public health protections as allergens compared to the eight ingredients mentioned earlier. Instead, they can be labeled as “spices” or “natural flavorings”.

It’s this that can cause confusion says CSPI and to help consumers avoid trigger foods, sesame labeling should be treated in the same way and therefore covered by the law.

NutritionInsight has reached out to the US Food and Drug Administration for reaction to the Seeds of Change report and the likelihood of bringing sesame in line with other food allergens in terms of labeling.

Regulatory bodies in the US do not have enough oversight of nutraceuticals, leading the market to be flooded with questionable supplements, which create insecurity for... Read More

GOED, which represents the global EPA and DHA omega 3 industry, is defending the quality of fish oil supplements. This is in response to an analysis from Labdoor –... Read More

The European Specialist Sports Nutrition Alliance (ESSNA) is warning about the dangers of a “one size fits all” approach for front-of-pack labeling (FoPL)... Read More