You are in : All News > UK: Boots urged to ditch krill products amid Greenpeace concerns 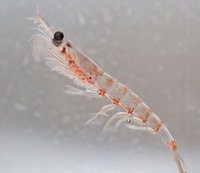 17 Apr 2018 --- UK pharmacy-led health and beauty chain Boots has come under fire for selling krill products which threaten Antarctic wildlife with Greenpeace claiming stocks are being plundered for krill oil and omega 3 tablets.

The environmental campaigner group says that krill oil, which is sold as a health supplement by some retailers including Boots, is an essential food source for penguins, whales and other Antarctic wildlife. It is derived from small crustaceans as part of the krill-fishing industry.

Recently in the UK, retailer Holland and Barrett have bowed to pressure and removed krill products from its shelves following a Greenpeace investigation into what it describes as “environmentally risky practices of the krill fishing industry in the Antarctic.”

And now Boots has been called out for its use of krill and urged to follow suit.

However, a Boots UK spokesperson tells NutritionInsight that as the UK’s leading pharmacy-led health and beauty retailer, caring for the environment has always been an integral part of the Boots brand and krill products are sourced in a sustainable manner.

“It is of the highest importance to us that these products are sourced sustainably and we only sell products containing certified sustainable krill. The Marine Stewardship Council has stated that its krill products come from a certified fishery that is subject to yearly checks by independent inspectors,” said the spokesperson.

“We are committed to traceability and transparency and support the continued collection of data to support the up-to-date understanding of the krill stock.”

“There is ongoing discussion around further regulation of Antarctic waters and we are engaging with NGOs, including the Marine Stewardship Council, to ensure that the krill population remains sustainable. We welcome a conversation with Greenpeace on how we further our common objective of delivering sustainable oceans.”

But Greenpeace insists that Boots krill oil products are sourced from vessels tracked fishing in the immediate vicinity of penguin colonies and whale foraging grounds.

“Boots’ stated mission is to be the UK’s most socially responsible retailer in the health and beauty market. But the question has to be asked, how can customers trust Boots when it’s profiting from a fishing industry which is threatening the health of Antarctic wildlife like penguins, seals and whales?”

“Other shops are doing the right thing and taking krill products off the shelves: it’s time for Boots to stop taking advantage of the Antarctic.”

Greenpeace also released citizen research gathered over a two-month period by more than 100 volunteers, providing a snapshot of the biggest players in the UK krill market.

Thousands of products were identified across visits to over 300 retailers nationwide, with the biggest stockists found to be, in order: Holland & Barrett (now being delisted); Boots; Tesco and Superdrug.

Although this was not a comprehensive survey, it included all major supermarket chains and health and beauty stores across Britain.

The Greenpeace investigation spanned five-years, and places some heavy accusations against the krill fishing industry. For example, stating that the rising level of krill fishing poses environmental risks ranging from disrupting the Antarctic food chain to contaminating a pristine area with vessel fuel spills and fires.

Greenpeace is calling on the krill fishing industry to immediately cease all fishing activities in areas under consideration for protection by the Antarctic Ocean Commission and for all businesses buying krill-derived products to stop sourcing from vessels that continue to fish in these same areas.

NutritionInsight, at the time of the investigation's release, reached out to a number of krill suppliers for comments:

Cilia Holmes Indahl, Sustainability Director at Aker BioMarine responded: “Our long-term operation in the region depends on a healthy and thriving Antarctic marine ecosystem, which is why we have always had an open dialogue with the environmental NGOs, and especially WWF. We strongly intend to continue this dialogue, including Greenpeace, to discuss improvements based on the latest scientific data. We are not the ones to decide on the establishment of Marine protected areas, but we hope to contribute positively with our knowledge and experience.”

Aker BioMarine further elaborated on their environmental positioning, by drawing our attention to a comment from the Marine Stewardship Council's (MSC) Regional Director of Europe MSC, Camiel Derichs: “If all fisheries in the world would be as precautionary and well managed as Antarctic krill fishing, mankind would not have a global overfishing problem. These fisheries have been evaluated in a full assessment against MSC standards and are in full compliance with the MSC standards.”

Sustainability has been hot on the topic for omega 3 fish oil, with huge amounts of products projecting their sustainable certificate as a selling point, and omega 3 supplements that derive from krill, such as powders, oils and pills, have seen an increase in production.

Krill is especially popular due it versatility in flavor masking. Krill products deliver the essential fatty acids to the “stomach in a phospholipid form that prevents the unpleasant burping or reflux which are experienced with fish oils. This has brought many lapsed omega 3 consumers back to the category,” Henrik Traaholt, VP of Sales of Olympic/Rimfrost Krill tells NutritionInsight in a previous report on omega 3 innovations.

Chew your way to wellness: Gummy supplement NPD reigns due to pill fatigue

28 Feb 2020 --- Supplement use is on the rise but pill fatigue is a real concern among today’s consumers. This is driving the development of chewable delivery formats that... Read More