You are in : All News > Could Brexit present an opportunity for UK to cut sugar consumption? Study points to industry’s role in curbing intake

Could Brexit present an opportunity for UK to cut sugar consumption? Study points to industry’s role in curbing intake

21 Feb 2019 --- Brexit creates an opportunity to act on sugar reduction, according to a new report, which claims the key to achieving a two-thirds cut in consumption is by producing less sugar and making it more expensive. In a direct challenge to industry, the report states that reductions on this scale will not be achieved by edicts to reduce the amount people eat, but by new agriculture and trade policies that cut sugar supply as well as demand, including decreasing UK-grown sugar as well as slashing import volumes.

“The dominance of finger-wagging at consumers has coincided exactly with the growth of the global obesity epidemic. Any rational policy maker would conclude that we have to do something more, something different. That is why we are proposing actions directed at producers as well as consumers,” Jack Winkler, Emeritus Professor of Nutrition Policy at London Metropolitan University and author of the Food Research Collaboration Centre for Food Policy report, tells NutritionInsight.

“For decades, in the UK and most other countries, the principal nutrition policies have been education programs directed at final consumers. Consumers are fully aware of the risks of sugar and they have been for years. The intense mass media focus on sugar over the past decade means that virtually everyone is aware of the problems caused by excessive sugar consumption. They do not only act on that knowledge; hence rising rates of obesity.”

The good news, he says, is that the UK Government has realized this.

“Hence the current focus from Public Health England (PHE), HM Treasury and the Department of Health on reformulation of mass-market food and drinks as the principal nutrition policy. That is to say, reformulation by industry. These companies are our main focus too – giving them an economic incentive to reformulate. Then people do not actively have to choose healthy products every time they go into a shop. And everyone benefits, even those who hate the idea of healthy eating.”

Post-Brexit, the UK must design a new agricultural policy as it will no longer fall under the regulation of the Common Agriculture Policy (CAP). This, argues the report, presents a unique opportunity for change.

Too much sugar is still being consumed in the UK, according to the report, with multiple diet-related diseases suffered as a result. The UK’s Scientific Advisory Committee on Nutrition proposed in 2015 that sugar intake should account for no more than 5 percent of dietary calories and this has been accepted by the UK Government as the official dietary recommendation. However, the report estimates that achieving this target requires a two-third reduction in average sugar consumption.

Although the food and beverage industry continues to target sugar reduction and consumers are well aware of the health impact of excessive sugar, a different approach is needed for the years ahead. There have been two notable policies with regards to sugar consumption reduction recently; the sugar tax on soft drinks which came into force in April 2018 and a voluntary Sugar Reduction program for reformulating nine categories of sweetened food.

The UK Government has already published Childhood obesity: A plan for action. This includes a commitment for PHE to oversee a sugar reduction program challenging all sectors of the food industry to reduce by 20 percent by 2020 the level of sugar in the categories (biscuits, breakfast cereals, chocolate confectionery, ice cream, lollies and sorbets, puddings, sweet spreads and sauces, sweet confectionery, yogurts and fromage frais) that contribute most to the intakes of children up to 18 years. Industry was also challenged to achieve a 5 percent reduction in the first year of the program.

Although both initiatives are having an impact, reformulation is a lengthy process, is uneven between categories, and still insufficient, according to the report, and additional policies are being considered, including tighter controls on advertising and promotional sales as proposed in the updated Childhood Obesity Plan. 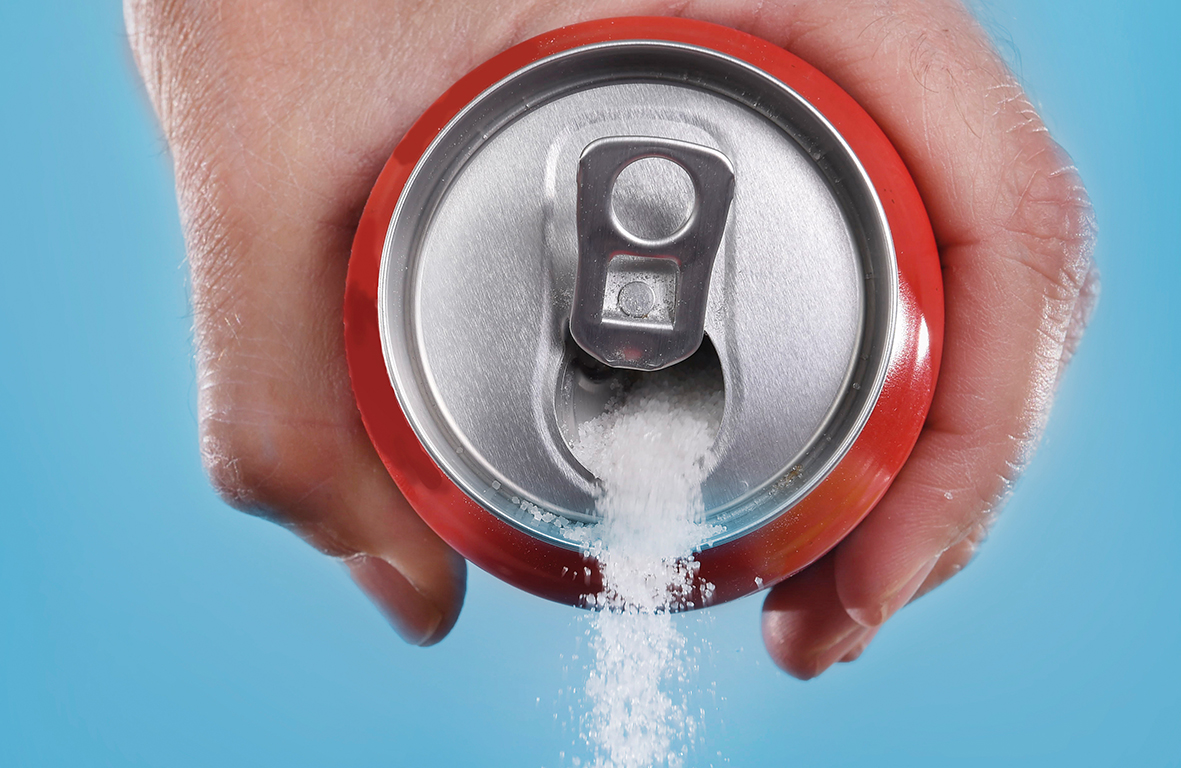 However, none of these address the supply of sugar in the UK food system, according to the report which says: “Supply-side policies that reduce the total availability of sugar and raise its price to the food industry have the potential to widen and strengthen the sugar reduction agenda, helping to create a healthier food environment for all.”

UK sugar processor British Sugar has hit back at the idea that policies need to be changed in order to reduce sugar consumption.

“We do not believe that trade and agricultural policies are the right mechanisms to address public health outcomes,” Paul Kenward, Managing Director, British Sugar, tells NutritionInsight. “We support evidence-based measures to tackle obesity and we believe this is about looking at the situation holistically – not focusing on one ingredient.”

“Current evidence shows that total sugars consumption in the UK is falling (according to Government statistics), while obesity levels are not. We supply roughly half of the UK’s demand for sugar and are part of a successfully homegrown industry, with 3,000 farmers growing sugar beet without subsidy and as a valuable part of the arable crop rotation.”

Why now? Why Brexit?
The supply of sugar in the UK has been governed by European regulations since Britain joined the European Economic Community in 1973. These were initially designed to provide secure supplies of sugar for consumers and high crop prices for sugar beet farmers, but they led to systematic over-production. By the 1980s, this surplus sugar could only be removed from the domestic market through egregious levels of export subsidies, notes the report.

Triggered by an international trade dispute in the mid-2000s, sugar policy was overhauled through the liberalization of domestic production, greater market access for imports and a shift from price supports to income payments for farmers. As intended, the EU has since been supplied with more and cheaper sugar, with prices falling to their lowest ever levels.

“This has undermined efforts to encourage food manufacturers to use less sugar and is expected to exacerbate existing public health problems,” the report notes.

However, withdrawal of the UK from the EU on March 29, means that new regulations must be put in place to govern the supply of sugar and other agricultural commodities. In light of this, the report discusses five policy options that, it claims, could help reduce sugar consumption in the UK. These are marketing quotas, minimum prices, excise taxes, subsidy reform, and regulation of product composition and labeling.

“The policy space available for these instruments will be contingent on the overarching post-Brexit arrangement between the UK and EU, particularly as it relates to import tariffs and regulatory divergence. But regardless of the final deal, there will be some scope for these policies to be applied,” says the report. “This should happen in ways compatible with other public policy goals, including affordable food for consumers and fair returns for farmers, and be contextualized within a broader post-Brexit reorientation of UK food and farm policy.”

The report’s recommendations to support the reduction agenda in full are:

- Limits on the supply of sugar to the UK market, which would be progressively tightened to reduce availability.

- A minimum price for refined sugar and/or sugar beet, raising the price of sugar to the food and drink industry.

- An excise tax on sugar or a levy on manufacturers using sugar in particular foods, similar to the Soft Drinks Industry Levy.

- A reform in farm subsidies to shift production away from sugar beet and toward the provision of foods that are currently under-consumed in diets.

“Farmers need not suffer because the same financial support could be to the same farmers in one of three ways: Firstly, as support payments to grow alternative crops. In fact, as a result of the enforced changes in the EU sugar regime, many sugar beet farmers have already done that over recent years. Secondly, as aids to develop other rural industries – a UK Government policy already in existence. Thirdly, if we manage the changing of production quotas and minimum prices intelligently, the higher beet prices that farmers receive will compensate them for the lower volumes they produce,” Professor Winkler explains.

“If and when the UK leaves the EU, it will no longer be a member of the Common Agricultural Policy. That does not just mean that the EU rules and regulations no longer apply. More importantly, all support payments to UK farmers cease as well. The UK cannot simply have no agricultural policy and no support system for farmers. If there is anything worse for governments than a war, it is a famine.”

Post-Brexit, the UK not only can design a new agricultural policy, it actually must design one, Winkler notes.

“This creates the opport 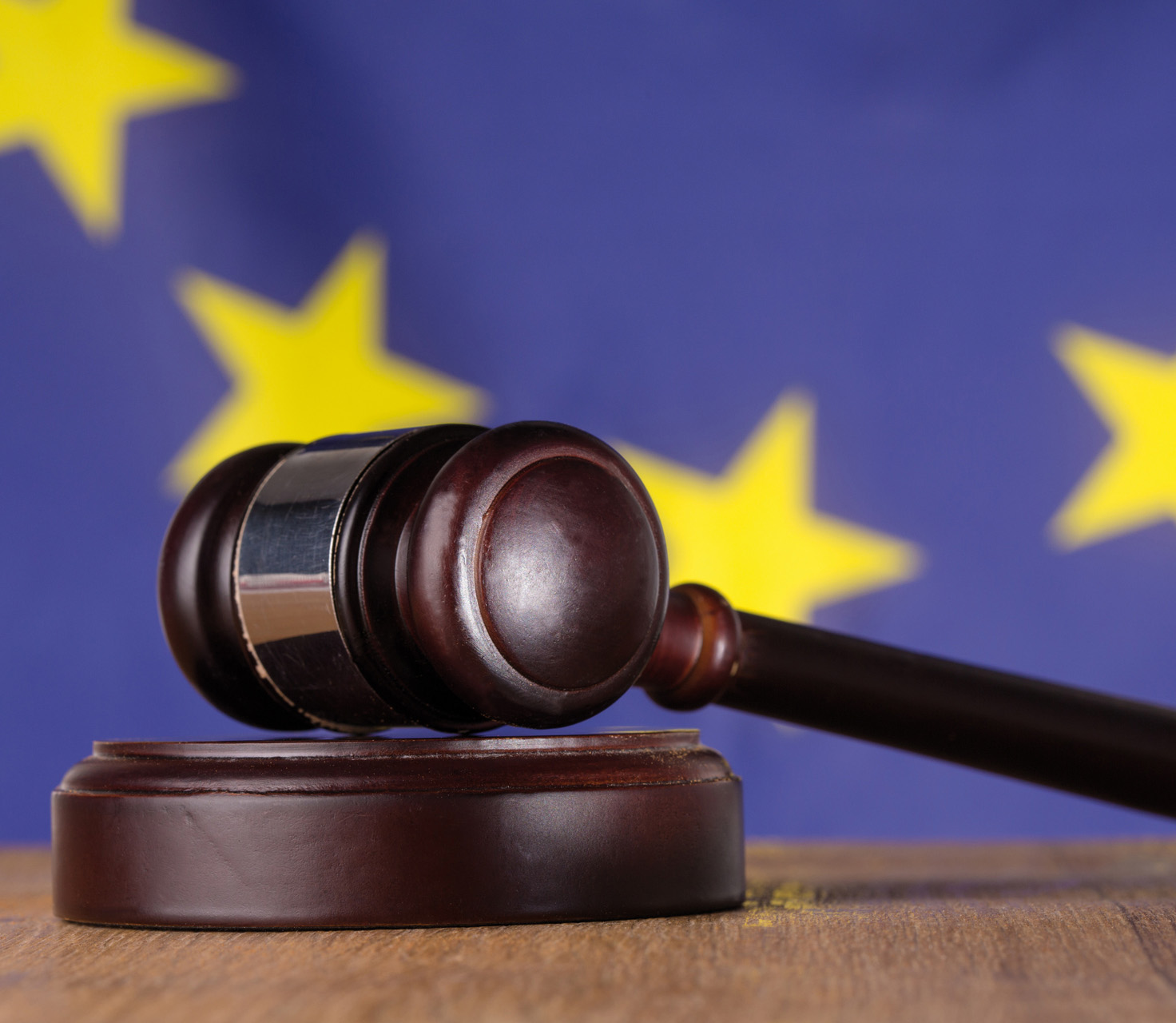 unity to correct the many absurdities and omissions of the CAP and to create a farming policy that combines agriculture and health.”

Professor Winkler hopes that policymakers will come together, but “makes no predictions that they will.” Minister of Agriculture, George Eustice has written to Professor Winkler claiming that agricultural policies are not intended for nutritional purposes, and are ineffective in achieving them.

“As if the total availability of sugar and its price has nothing to do with how much people eat,” Professor Winkler stresses.

“Environment minister Michael Gove has said that improving public health will be one purpose of agricultural policy under his leadership and we support his objective. We are providing him with concrete proposals on how to achieve his goal.”

The report – FRC Food Brexit Briefing Sugar reduction in post-Brexit UK: A supply-side policy agenda – has been welcomed by Graham MacGregor, Professor of Cardiovascular Medicine at Queen Mary University of London and Chairman of Action on Sugar.

“It’s imperative that a joined-up sugar policy with consistent strategies for the UK is in place, he says. “Sugar not only lacks any nutritional value, but it contributes to excess calorie intake which leads to weight gain, raising the risk of type 2 diabetes, heart disease, tooth decay and some cancers.”