You are in : All News > Cosmax Bio addresses eye fatigue with science-backed ancient red perilla leaf

20 May 2021 --- South Korea-based supplement manufacturer Cosmax Bio is tapping into the growing market for digital device-induced eye fatigue for young and old with its clinically studied Red Perilla Leaf Extract.

Red perilla leaf (Perilla frutescens var. acuta) is a purple-colored plant with palm-sized leaves. It has its roots in over 1,600 years of history in Northeast Asia, including traditional Chinese medicine, Yeankoung Koo, PhD, team manager at Cosmax Bio tells NutritionInsight.

Its rich history has made red perilla leaf a focus for Korean researchers, who are investigating its antibacterial and anti-inflammatory effects, she adds.

Cosmax Bio’s research and innovation (R&I) team has conducted an in vitro test, in vivo test, and a clinical test and published three research papers in academic journals on the ingredient.

The company argues the herbal extract is a novel offering to the supplements market as it addresses eye fatigue in people of all ages, whereas mainstay eye health ingredients like lutein, zeaxanthin and omega 3s target age-related eye problems, such as macular degeneration. 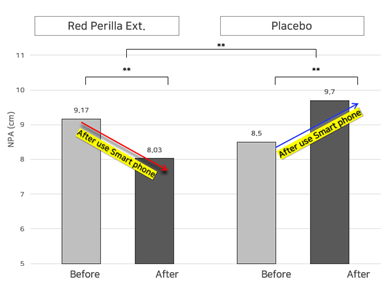 Cases of eye fatigue from two hours of smartphone use were shown to decrease with Red Perilla Leaf Extract.Specific to smartphone fatigue
A clinical study conducted at the Dongshin University Oriental Hospital concluded that the herbal extract can relieve ocular tiredness after more than two hours of smartphone exposure by adjusting the eye muscle. More specifically, the researchers found it to increase the activity of the ciliary muscle, which regulates eye focus.

The study was tested on 30 adult men and women over four weeks and was placebo-controlled. Cases of eye fatigue were shown to significantly decrease after repeated intake of water-soluble Red Perilla Leaf Extract, write the authors.

“A 100 percent plant-derived extract, the natural ingredient acts as an innovative solution with eye health. It could be optimized for people who are tired due to long exposure from their digital devices. It could especially be a big help in preventing eye fatigue for all ages,” she affirms.

These findings were published in the Korean Journal of Vision Science.

“NPA is the closest point at which an object can be placed and still form a focused image on the retina, within the eye’s accommodation range. NPC is the point where the visual axes intersect under the maximum effort of the convergence,” Koo explains.

Use of red perilla can be traced back to the second century.“If you use your eyes for a long time, the NPA and NPC generally increase due to the fatigue of the ciliary muscle, but these two indications both decrease after taking Red Perilla Leaf Extract. Therefore, this ingredient helps to prevent eye fatigue before recovery.”

The spherical equivalent of refractive error had also been improved after taking the ingredient, which is the unit of measure and the power of ophthalmic lenses.

Inspired by tradition
The use of red perilla can be traced back to one of China’s most famous physicians Hua Tou, says Koo, who used it for healing in the second century.

“Red perilla is traditionally used to get rid of ‘negative cold energy’ and bring ‘positive warm energy’ into the body.”

"Our research team considered traditional negative cold energy as tiredness and thought red perilla could be effective for eye fatigue."

Koo further notes that in Korea, the leaf has been used to wrap food in and prevent spoilage, which has made it the subject of research for its antibacterial properties.

Moreover, the purple color of the red perilla is brought out by anthocyanins. It is also rich in various flavonoids that have antioxidant and anti-inflammatory effects, notes the company.

On the market today
Cosmax Bio Red Perilla Leaf Extract is currently available on the Korean market and is soon expected to appear in the US, China and some areas of Southeast Asia.

This ingredient is available as a primary ingredient in various delivery formats, including tablets, soft capsules, jellies and gummies for children.

Consumers are able to consume 500 mg per day for optimal eye health, according to Cosmax Bio.

Standardization has also been conducted for the commercialization of the ingredient.

The research and innovation team has obtained pre-market approval as an individually approved ingredient of Health Functional Food with eye health nutrition from the Ministry of Food and Drug Safety and has completed two patent registrations in South Korea and one patent application internationally.

Carotenoids, the colored pigment that brings red, orange or yellow colors to some algae and vegetables, were recently spotlighted for their role in eye health in a Special Report.

COSMAX BIO is the professional dietary supplement manufacturing company that was established in 1984 and passionately researches, develops, and produces the best health functional food products over thirty years to improve people’s health. As the company, the front-runner of producing supplements, we supply the one thousand types of health functional products to 150 of domestic companies, including Herbalife, the Korea Ginseng Corporation, etc. Consistently investing and researching on various dosage forms and nutraceutical ingredients, Cosmax Bio has many patents for our own technology. COSMAX BIO makes efforts to be recognized all over the world through globalization based on the successful business ability. We will do our best for the success of the clients. 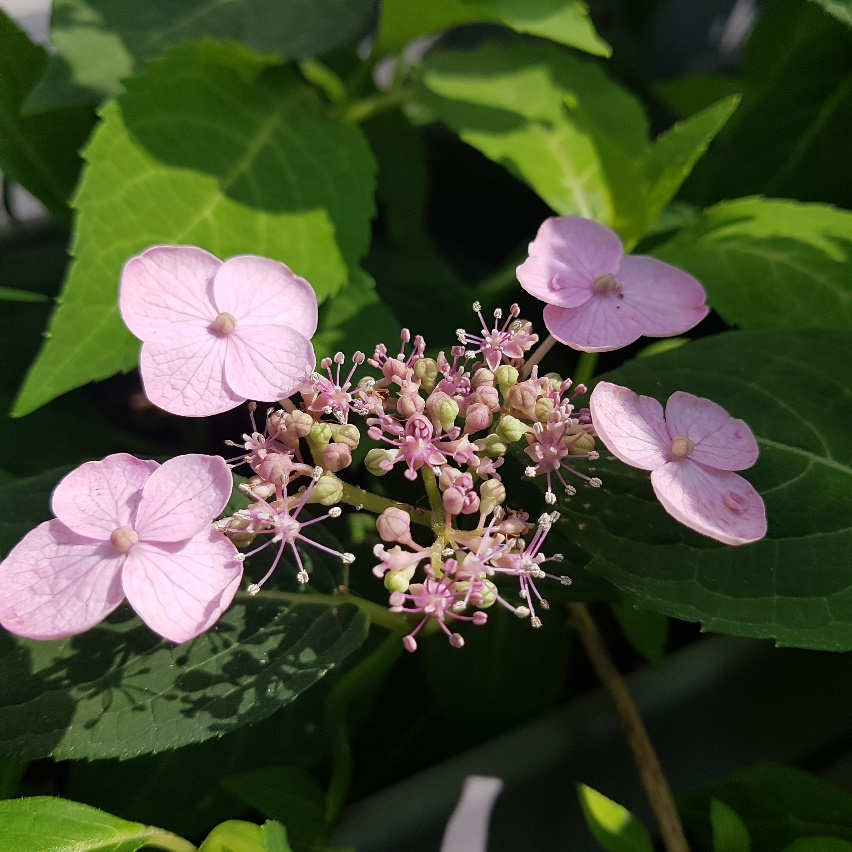 As consumers become increasingly health conscious and knowledgeable about the ingredients in their supplements, there is now greater importance for brands to take a... Read More

A study published in Nature Communications by the Buck Institute for research on aging has revealed a relationship between dietary restrictions, eye health, circadian... Read More