You are in : All News > Challenging whey: Salmon protein hydrolysate formula perfected after decade of R&D

The new product can reduce BMI, tackle anemia and is suitable for free-from applications 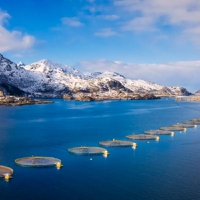 12 May 2020 --- After over a decade of development, Hofseth Biocare (HBC) has “perfected” the formula for its ProGo salmon protein hydrolysate (SPH) for weight management and sports nutrition. Its distributor, Prinova Europe, has now released a white paper flagging how ProGo can reduce Body Mass Index (BMI), while also addressing iron deficiency anemia. NutritionInsight speaks with experts from Prinova and HBC to hear how exactly this premium SPH product measures up to other offerings on the market, including whey protein isolate (WPI).

“We are the only business in the world that can create these products and have access to them. We have patents with regards to our process, the enzymes used, as well as the raw materials. We also have patents on the health benefits of our products. This means that it is effectively a new product, with no other comparable items available. It is totally unique,” says James Berger, Head of Investor Relations & Strategy at HBC.

He goes on to explain that while this is an entirely new iteration, a prototype has been around since 2009. However, it has been continually evolved owing to issues surrounding the palatability of a hydrolyzed protein. “We have been selling it for a few years, but we haven’t gone into producing it at great volume because it’s never been ready at this quality. This is the first time we are going live on the market at scale.”

According to Berger, the crux of masking the taste lay in eliminating the peptide taste. He explains that the more protein is hydrolyzed, the more bitter it becomes – this may be so extreme that it cannot be digested. However, HBC’s scientist identified and removed the bitter peptide so that the protein can now be fully hydrolyzed.

Weighing up the benefits of SPH
Prinova’s white paper lays out a study that compared the anti-obesity and fat-burning effects of SPH with those of WPI. Nineteen of the 23 subjects who supplemented with ProGo showed a significant BMI decrease after 42 days, with an average decrease of 5.9 percent. By contrast, subjects in the WPI group gained a small amount of weight.

“It almost sounds too good to be true – that people can lose 6 percent of their body weight without even needing to exercise. It might sound like a crazy thing to say, but it is true. The first reason that happens is that the protein exists specifically because the scientists found that peptides could be hydrolyzed to this extent. Secondly, the peptides go through the body in such a way that they are broken down by an acid produced in the body, which additionally burns fat.”

Crawford Currie, Medical R&D and IR at HBC adds that SPH is much more hydrolyzed than other proteins. The end result is easier for the body to handle, and enables the body to access nutrition faster and easier.

In terms of digestibility and essential amino acids, SPH has everything that WPI has, states Tony Gay, Head of Technical Sales & NPD, Nutrition at Prinova Europe. Although SPH is lower in branched-chain amino acids, one of the ProGo concepts laid out in the white paper is a mix of SPH and WPI for customers seeking an optimal amino acid profile as well as high bioavailability. Additionally, Gay notes that while WPI can feel heavy on the stomach, SPH bypasses this issue and is perceived as being lighter.

Other health benefits of SPH include its hypoallergenic profile, meaning it is suitable for people with lactose intolerances or other allergies. Additionally, SPH can help boost iron levels, thus helping fight anemia. Currie notes that this is another unique positioning for ProGo, and that many people report feeling boosts to their energy and concentration.

Full steam ahead
Berger continues that HBC is now processing 20,000 metric tons of raw material, which is equivalent to 60,000 metric tons worth of whole fish salmon. Putting this into perspective, he notes this is enough to feed the whole of the UK.

The production process makes use of the whole fish, meaning it is reducing waste streams – a top concern for today’s sustainability-savvy consumers. Gay explains that these zero-waste efforts have been recognized with Friend of the Sea Certification, while its product range is also non-GMO and free from antibiotics, solvents and chemicals. Additionally, before now, the trend for using the entirety of an animal had not been seen in fish, in the same way it had in beef and pork.

However, he is adamant that this use of waste streams does not negatively impact the product proposition, stating that it is, without a doubt, a premium option. He explains that the use of science creates scarcity of supply as HBC is the only company able to produce SPH. Due to the company’s goals of being as commercial as possible, it will not be priced by weight.

HBC’s partnership with Prinova Europe, which was announced in March, will see ProGo marketed across all major European Markets. Berger also notes that in a separate endeavor, HBC has received a letter of intent from the Nestlé Garden of Life, granting exclusivity to HBC products in the US. “It is possible that within the next few months, a letter of intent may revert into a full-blown contract. This will mean that we will have brands in the US buying ProGo, while one of the largest distributors of ingredients in Europe [Prinova] is educating end-users on this continent about the product offerings,” he concludes.

By Katherine Durrell, with additional reporting by Anni Schleicher