You are in : All News > Broccoli sprout-derived compound may supplement schizophrenia medication

13 May 2019 --- Broccoli sprout-derived compound sulforaphane may help regulate a set of chemical imbalances in the brains of people with schizophrenia related to the chemical glutamate. This is according to researchers from the Johns Hopkins University School of Medicine (JHUSOM), US, who discovered how to tweak glutamate levels using sulforaphane. The researchers say that supplementation with broccoli sprout extract, which contains high levels of sulforaphane, could  lower the doses of traditional antipsychotic medication, used to manage schizophrenia symptoms and reduce the negative side-effects of the drugs.

“It’s possible that future studies could show sulforaphane to be a safe supplement to give people at risk of developing schizophrenia as a way to prevent, delay or blunt the onset of symptoms,” notes Dr. Akira Sawa, Professor of Psychiatry and Behavioral Sciences at the JHUSOM and Director of the Johns Hopkins Schizophrenia Center.

Schizophrenia is marked by hallucinations, delusions and disordered thinking, feeling, behavior, perception and speaking. Drugs used to treat schizophrenia do not work completely for all patients and can cause a variety of unwanted side effects, including metabolic problems increasing cardiovascular risk, involuntary movements, restlessness and stiffness. According to the World Health Organization (WHO), schizophrenia affects about 21 million people globally.

First study
In a study published in JAMA Psychiatry in January, the researchers looked for differences in brain metabolism between people with schizophrenia and healthy controls. The team recruited 81 people from the Johns Hopkins Schizophrenia Center within 24 months of their first psychosis episode, which can be a characteristic symptom of schizophrenia, as well as 91 healthy controls from the local community. The average age of the participants was 22 years old and 58 percent were men. 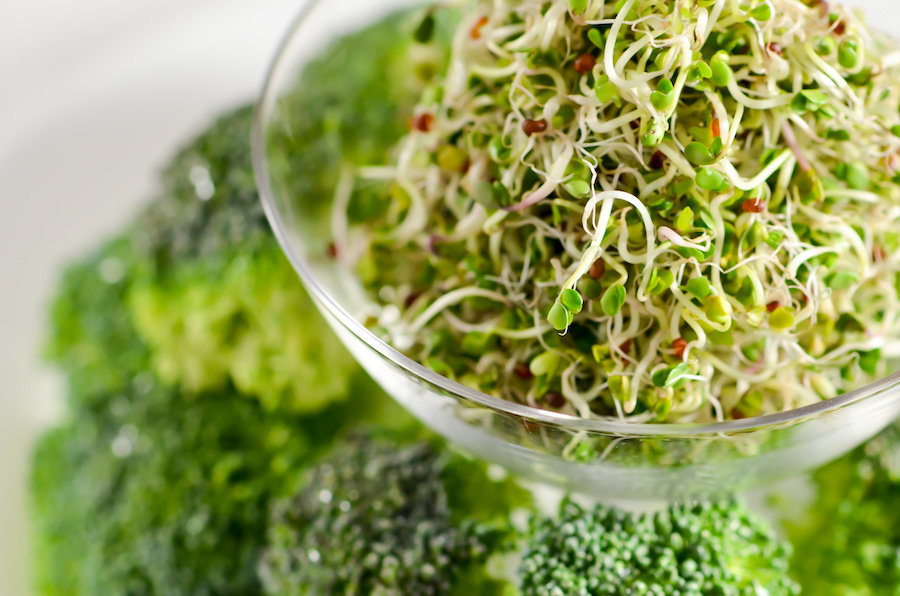 The researchers used a powerful magnet to measure and compare five brain regions among people with and without psychosis. A computer analysis of 7-Tesla magnetic resonance spectroscopy (MRS) data identified individual chemical metabolites and their quantities. On average, people with psychosis demonstrated lower levels of glutamate by four percent in the anterior cingulate cortex region of the brain, compared to healthy people.

Glutamate is known for its role in sending messages between brain cells and has been linked to depression and schizophrenia. These findings, therefore, have added to evidence that glutamate levels play a part in schizophrenia.

In addition, the researchers discovered a three percent reduction of the chemical glutathione in the brains anterior cingulate cortex and eight percent in the thalamus. Glutathione is made of three smaller molecules, one of which is glutamate.

Second study
In a rat study, published in the journal PNAS, the researchers used the drug L-Buthionine sulfoximine – which reduces levels of glutathione – in brain cells to block an enzyme that turns glutamate into glutathione, allowing it to be used up. The researchers found that these nerves were more excited and fired faster, which means they were sending more messages to other brain cells.

Shifting the balance this way is akin to shifting the brain cells to a pattern similar to one found in the brains of people with schizophrenia, the researchers note. Next, they wanted to see if they could do the opposite and shift the balance to get more glutamate stored in the form of glutathione. They used the chemical sulforaphane found in broccoli sprouts – known to switch on a gene that produces more of the enzyme that binds glutamate with another molecule to make glutathione.

When the rat brain cells were treated with glutathione, it slowed the speed at which the nerve cells fired, meaning they were sending fewer messages. The researchers say this pushed the brain cells to behave less like the pattern found in brains with schizophrenia.

“We are thinking of glutathione as glutamate stored in a gas tank,” explains Dr. Thomas Sedlak, Assistant Professor of Psychiatry and Behavioral Sciences, JHUSOM. “If you have a bigger gas tank, you have more leeway on how far you can drive, but as soon as you take the gas out of the tank it's burned up quickly. We can think of those with schizophrenia as having a smaller gas tank.”

Third study
Sulforaphane changed the glutamate imbalance in the rat brains and affected how messages were transmitted between the rat brain cells. This prompted the researchers to test whether sulforaphane could change glutathione levels in healthy people’s brains and see if this could eventually be a strategy for people with mental disorders.

In an additional study, published in April 2018 in Molecular Neuropsychiatry, the researchers recruited nine healthy volunteers (four women, five men) to take two capsules with 100 micromoles daily of sulforaphane in the form of broccoli sprout extract for seven days.

The volunteers reported that a few of them were gassy and some had stomach upset when eating the capsules on an empty stomach, but overall the sulforaphane was relatively well tolerated.

Going forward with more research
The scientists say further research is needed to learn whether sulforaphane can safely reduce symptoms of psychosis or hallucinations in people with schizophrenia. They would need to determine an optimal dose and see how long people must take it to observe an effect.

The researchers caution that their studies neither justify, nor demonstrate the value of using commercially available sulforaphane supplements to treat or prevent schizophrenia, and patients should consult their physicians before trying any kind of over-the-counter supplement. Versions of sulforaphane supplements are sold in health food stores and at vitamin counters, and are not regulated by the US Food and Drug Administration (FDA).

“For people predisposed to heart disease, we know that changes in diet and exercise can help stave off the disease, but there is not anything like that for severe mental disorders yet,” concludes Sedlak. “We are hoping that we will one day make some mental illness preventable to a certain extent.”