You are in : All News > Boosting the brain: Polyphenols, gut-brain axis and MCT oil spotlighted for cognition

25 Sep 2019 --- The brain health arena is expanding, bolstered by a widening demographic of consumers seeking to preserve healthy brain function, as well as emerging research into brain-boosting nutrients. Experts speak with NutritionInsight on the ingredients coming to the fore in current and future NPD, which range from plant-based polyphenols and MCT oil, to tapping into the gut-brain axis.

The notion of holistic health plays a significant role within the brain-health spectrum. “We see companies address a broader spectrum of issues related to brain health with a more holistic approach. Benefits that are important to consumers have moved beyond memory support and new products help consumers with performance benefits like focus and concentration, which are perceived as critical needs,” says David Tetzlaf, Senior Marketing Manager, Evolva.

Indeed, new research from Innova Market Insights highlights how holistic health holds cross-generational appeal. According to data from the market researcher, holistic wellbeing, meaning physical and mental health are now equally important to consumers. This is stimulating product activity, with a 36 percent growth reported in food and beverages with a “feel good” claim (Global, 2017 vs. 2016).More nootropic beverages and functional shots are appearing on the marketplace, in place of pills.

A healthy brain is one that has the ability to remember, concentrate and maintain a clear and active mind. Increasingly, it’s not just the senior population who are concerned with optimizing such functions, but also younger consumers - especially within professional and athletic groups.

“Consumers are well aware that memory declines as we age and that exercise, combined with a healthy diet, can help improve daily living and support mental health. However, busy consumers often look to supplements for additional support throughout their life to improve memory retention, focus, attention, task performance and overall longevity,” says Tetzlaf.

The space has global appeal. Royal DSM is to collaborate with SLS Nutraceuticals to deliver solutions that help maintain the cognitive performance of individuals well into advanced age in the Asia-Pacific (APAC) region. The products have been formulated with the aim of bringing together western neuroscience with eastern traditional medicine. The products provide consumers with a sustained approach towards optimizing adult brain performance and supporting healthy brain aging.

Permeating pill-fatigue
This brain space is also no stranger to the pill-fatigue phenomenon, where consumers are moving towards delivery forms that are more accessible, or more novel than typical pill formats.

Grothe highlights MCT oil as a water-soluble ingredient that can add a dash of brain-boosting property to a beverage or shot. MCT oil – medium-chain triglycerides typically derived from coconut – is known to boost brain power.Holistic health holds cross-generational appeal, and cognition is part of this.

“Medium chain triglycerides are metabolized to ketone bodies that serve as an alternative source of energy for neurons, which may improve cognitive and memory function. However, the brain health benefits of pure MCT oil has only been reported at relatively high dosages of more than 20g,” he says.

Mibelle Biochemistry offers a Timut pepper MCT oil extract – SaraPEPP Nu – suitable for applications such as softgel applications, functional beverages, smoothies and dairy products. Using an extraction process with MCT oil as the extraction solvent, a high content of the main lead substance – alkamide hydroxy-α-sanshool – is ensured. Additionally, MCT oil is touted as delivering good bioavailability to SaraPEPP Nu because it passively diffuses from the gastrointestinal tract to the bloodstream.

The acute and chronic effects of SaraPEPP Nu on cognitive performance have been demonstrated in a randomized, double blind, and placebo-controlled study in a healthy working population of both genders, explains Grothe.

Consumers have also signaled their acceptances of MCT oil as an ingredient, particularly within the proliferating keto trend. Innova Market Insights data reflects a rise in NPD launches featuring “keto” claims and it has been predicted that this will continue as consumer interest in the diet grows.

It’s also increasingly appearing on the market. In June, Remedy Organics, a US producer of functional drinks, launched a cognitive-health focused beverage which included MCT oil as a key ingredient, as well as turmeric, ginger, maca and prebiotics.

Innova Market Insights analysis shows that botanical ingredients are increasingly featuring in NPD. In brain health launches, the use of ginkgo biloba jumped by 21 percent from 2014 to 2018, while hemp increased by 16 percent.

Recent research has brought resveratrol, a polyphenol compound found in grape seeds and red wine, to the fore. 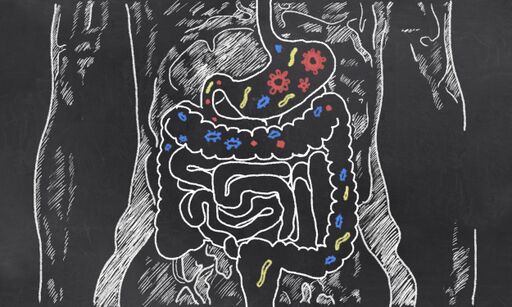 Ingredients that support a healthy gut microbiome due to the theory of the gut-brain axis are increasing in popularity. Resveratrol was brought into the spotlight in the mid-1990s in the context of the French paradox diet and the population’s general consumption of wine that contains resveratrol. Since then, numerous trials and publications have supported its use in nutritional supplements to sustain healthy aging - including brain health. Harvard researchers even proposed supplementing astronauts with resveratrol as a means of preserving muscle mass and strength.

Another area of exponential growth, Tetzlaf says, are ingredients that support a healthy gut microbiome due to the theory of the gut-brain axis.

A recent Northumbria University study combined these two areas, and investigated how resveratrol impacts the gut-brain axis, and its potential improvement on cognition. The study used Evolva’s Veri-te resveratrol.

“Applying genomics technology and next generation sequencing, resveratrol was discovered to reorganize the bacteria population in the human intestine. This latest research finding indicates that resveratrol can trigger the growth of healthy strains and inhibit the growth of bad strains,” Tetzlaf adds.

“With an optimized bacterial population, also known as healthy gut microbiota, key modulators have been identified from resveratrol which are known to have beneficial effects on brain health via the gut/brain axis. Such research insights represent the forefront of biomedical research, which will further help understand the importance of having the appropriate nutrition at the molecular level and resveratrol can be key to a healthy microbiome.”

What’s next?
Brain health will continue to be on the top of consumers minds. Innova Market Insights shows that brain health claims are increasingly applied, showing 13 percent average annual growth from 2014 to 2018.

The number of natural ingredients that can boost brain health is also clearly growing and will be the focus of further research. Another prominent group in this space are the nootropics or adaptogens. As consumer awareness of these grow, and the industry innovates around more natural options in this group, NPD is expected to increase.

KaraMD launches mushroom and supergreen supplement for mind and energy

A team of researchers are set to investigate how cellulose-based food supplements may help people with Irritable Bowel Syndrome. The scientists at the University of... Read More