You are in : All News > Boosted cognitive performance, without the crash? Mushroom-infused coffee start-up gains Food-X backing

In addition to heightened brain functions, super-shroom infusions are said to invigorate the immune system and fight premature aging. 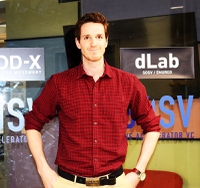 17 Apr 2019 --- Former professional basketball player Stipe Rezic has in mind a plan to fully assimilate the mind and body-enhancing potential of fungi into everyday routine, with his original brand of mushroom-infused coffee – MushroomCups. NutritionInsight speaks to Rezic on the emergent hype surrounding mushroom-infused coffee and his budding startup’s success.

MushroomCups last week gained funding of US$110,000 in startup capital through its mentorship from New York City-based food innovation accelerator Food-X. The company is currently undergoing a three-month long acceleration program, which places it in contact with a diverse network of organizations in the food-technology space.

The company’s two product varieties – each incorporating a unique species of “super-mushroom” – are sold through its primary online platform and eighteen retail outlets around Europe.

Carefully selected super-shrooms
Rezic’s initial curiosity in functional fungi was spurred by his negative experience dealing with “several bad side effects” of artificial supplements taken during his athletic career. “I had to turn to something natural. Mushrooms helped me perform better, while doing no damage to my body,” the 29-year-old entrepreneur tells NutritionInsight.

After researching the healing properties of various mushroom species, he found the varieties of cordyceps, chaga and chanterelle to be most the potent and curative. He later teamed up with fellow athletes, entrepreneurs and scientists to launch MushroomCups. “It took us two years to develop the selected extracts, and eventually we developed our two flagship products - Go Fresh and Go Sharp,” he details. 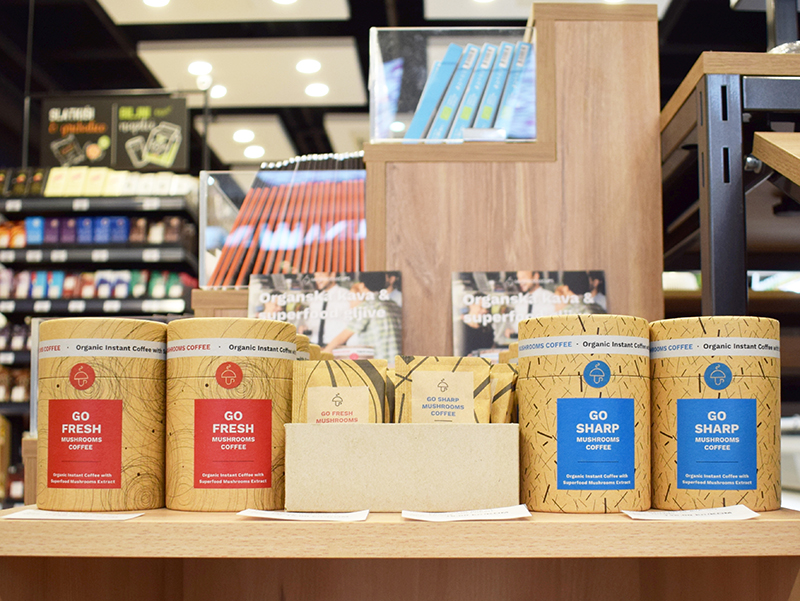 MushroomCups offers two product varieties - GoFresh and GoSharp - each containing a unique species of mushroom promising a host of health benefits.phytonutrients.” Also dubbed the “mushroom of immortality”, it is touted as protecting against premature aging, age-related memory loss and neutralization of the damage done by free radicals. The mushroom contains particularly high levels of B-glucan and melanin, noted for having enhancing effects on the immune system, hair and skin.

The caterpillar-shaped Tibetan cordyceps (Ophiocordyceps sinensis) in “Go Sharp” are said promote the body’s ability to absorb oxygen, consequently improving overall physical endurance, stamina and libido. It is a bidirectional modulator with both potentiating and suppressive effects on the immune system, meaning that it makes the immune system “smarter and more adaptable” to ongoing threats. “It is widely accepted by the athletes and often added to biomedicine due to its effect on the cellular bioenergy, aerobic capacity and ventilation function,” says Rezic.

Both MushroomCups products contain wild Croatian chanterelles (Chantharellu cibarius), which are said to support the conversion process of food into energy at the cellular level.

MushroomCups’ products are also made with coffee beans sourced from Peru. “We learned that the lack of the oxygen on the high altitudes extends the maturing period of these coffee beans, gifting the coffee with exceptional quality. Organic, tasty and high quality – it was a no brainer,” says the team.

To fully maximize the potency of mushroom-infused coffee, Rezic recommends experimenting with different dosages. “Some people say the effects of the mushrooms are felt right away, others say it is after four or five times of usage. The effects vary from person to person.”

Refined processing methods
Unlocking the healthy bioactive compounds in mushrooms came to fruition through much trial and error, with the help of internal and external scientists, says Rezic and his team. A significant challenge was extracting these compounds from within the mushroom cell walls, which are made of Chitin – “one of the hardest materials on earth that cannot be digested.”

Consequently, grinding mushrooms in the powder was not enough to get the job done. The team began by testing only through heat extractions – but then realized that this alone was not very soluble, as it did not extract all bioactive components from the mushrooms. “Then we learned that a dual-extraction process of both alcohol and heat was able to release different kinds of components, and thusly was the most effective method,” Rezic details.

“The next challenge was determining the right conditions, timings, and exposure to heat and alcohol, while making sure that no biotic substances were destroyed.”

Once these parameters were outlined, the research team conducted a thirteen-month long trial period to determine the ideal amount of mushroom extract to use in their products. Taking into consideration subjects’ weight, age and metabolic rate, the scientists deemed 400 mg of mushroom extract, per mushroom species, as the quantity for optimal results across the broadest range of consumers.

Ample possibilities for growth in NPD
When asked about the possibilities of expanding the product range of MushroomCups, Rezic answers, “Yes. There are potential consumers out there who do not drink coffee. We do plan to someday introduce mushroom infused cocoa and mushroom-infused tea. Eventually, we hope to introduce a larger variety of products to the market. Future market research will determine our new range of products.”

Addressing the question of whether the company is planning to add new varieties of mushrooms to the product mix, Rezic responds, “The next one will most likely be Lion’s Mane because we noticed it has huge potential to improve cognitive performance.”

Rezic highlights the US, among his key markets, as being highly receptive towards innovation in the nutrition sphere. “Our US consumers are very health-conscious and concerned about the sourcing of ingredients. Primarily, we are focused on athletes and entrepreneurs who want to perform well – and who are also concerned about the side effects of coffee. We want to provide these individuals with alternative options that are safe and healthy.”

From the showfloor of the ongoing Anuga 2019, NutritionInsight trails its spotlight on the beauty from within trend, which is giving rise to food and nutraceutical... Read More