You are in : All News > Anti-aging skin claims in collagen drink advert come under heat from UK advertising watchdog 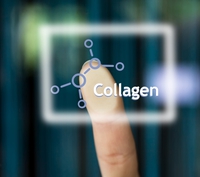 20 Jun 2019 --- A collagen drink advertisement by skincare supplement brand Dermacoll has been branded as making unfounded health claims by the UK’s advertising watchdog, Advertising Standards Authority (ASA). The advert was, therefore, in breach of the Code of Non-broadcast Advertising, Sales Promotion and Direct Marketing (CAP Code). The claims that the drink can combat signs of aging, reduce wrinkles and hydrate the skin came under fire from the ASA, who requested that the brand amends the advert.

The booming collagen supplementation space is enjoying increased popularity as the ingredient is hailed for its various health and cosmetic benefits. From supporting bone and joint health to boosting skin elasticity, collagen is enjoying NPD that targets aging and mobility.

The advert launched March 28, 2018, via the brand’s website and featured several claims highlighted as misleading by ASA. The page featured a slide of different images and text about the product. Text on the first slide stated “Promote younger looking skin. Reduce wrinkles with this anti-aging drink.” The second slide featured the following three claims presented separately: “Plump and fill out fine lines”; “Strengthen your skin from the outside in”; and “Drench and hydrate your skin.” Next to the text was an image of skin cells, which showed the claimed effects of the product. Text on the final slide stated, “Through supplementing our diet with extra collagen, we can help to combat skin aging.” Further text stated “Marked improvement after supplementation with Dermacoll collagen. After using Dermacoll Verisol collagen for eight weeks there was a 60 percent improvement in pro collagen levels” next to another image of skin cells.

“The advert must not appear again in the form complained about. We told HealthArena Ltd t/a Dermacoll to ensure that future adverts did not make efficacy claims about the cosmetic effects of Dermacoll in relation to anti-aging and reducing wrinkles unless they held adequate documentary evidence to substantiate them. We also told them to ensure that claims about the general benefits of their product for overall good skin health were accompanied by an authorized specific health claim and that any specific health claims in the adverts were authorized on the EU Register and appropriately worded,” an ASA statement reads.

HealthArena Ltd t/a Dermacoll, however, responded that Verisol hydrolyzed collagen peptides do indeed reduce the appearance of fine lines and wrinkles. The company provided various papers that related to the use of hydrolyzed collagen peptides to treat anti-aging, wrinkles and other skin-health related issues. Moreover, the company also confirmed that it is willing to remove the claims from the website.

Dermacoll provides evidence to support its case
To support its case, Dermacoll provided a range of evidence, including a double-blind trial which investigated the efficacy of specific bioactive collagen peptides (BCP) on the cellulite treatment of 105 normal and overweight women. ASA, however, was concerned that the study’s aim did not sufficiently relate to the anti-aging and reduction of wrinkles claims in the advert and considered that it was insufficient to support the claim.

A second study assessed the efficacy of a specific bio-collagen peptide (BCP) with regard to the volume of eye wrinkles after eight weeks of daily intake on 114 women aged between 45 and 65 years. “We acknowledge that the study was placebo-controlled, double-blinded and randomized. However, no information was provided about how the randomization was carried out. We were also concerned that the study specifically related to eye wrinkles on the left eye whereas the advert included general references to anti-aging and did not specifically reference wrinkles around the eye,” ASA says.

Further clinical trials included an evaluation of collagen tripeptide on UVB skin wrinkle formation on five mice. In the absence of similar studies on humans, ASA considered that the results of the trial were not adequate to support the advert claims. Another prospective study investigated the effect of daily collagen peptide supplement on skin properties on 32 participants. Notwithstanding the small sample size, ASA noted that participants and examiners were not blinded during the trial, which we considered limited the findings of the study.

Supported by entrepreneurs, investors and business leaders, the UK-based cannabidiol (CBD) brand TRIP landed US$12 million in its latest investment round. The financial... Read More

The UK government’s proposal to fortify flour with folic acid in a bid to prevent neural tube defects (NTDs) is “simply inadequate,” according to a... Read More