You are in : All News > AI: Nuritas explores potential health benefits during Future of Nutrition Summit 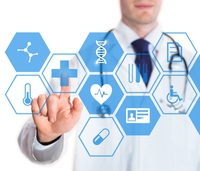 13 Dec 2017 --- Biotechnology company Nuritas has innovative plans for using artificial intelligence (AI) to relieve the potential burden of future global health issues. These plans were outlined during its Future of Nutrition Summit held the day before FiE 2017 in Frankfurt, during which Nuritas Commercial Manager Neil Foster outlined the company’s use of AI for data mining for bioactive peptides, specific molecules with “tremendous” health benefits.

“The current curative healthcare approach is something that cannot continue – it is a broken system, no matter who is paying, whether that is the state or insurers,” said Foster during his presentation. The company is looking to deal with this problem through its fascination with the intersection of technology, food and genomics and how these will converge to provide truly personalized nutrition. 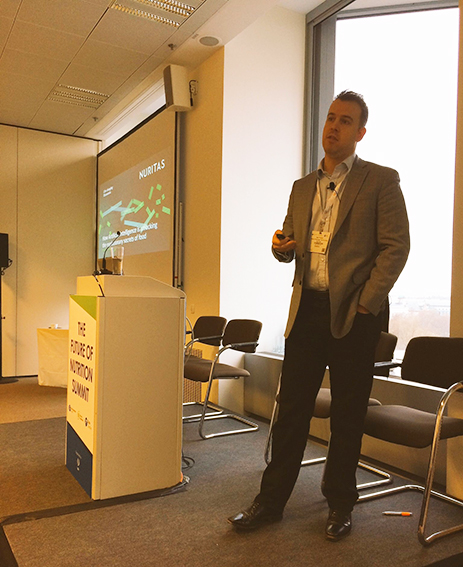 Click to EnlargeHealth and body as a data science
According to Nuritas, the fact that health is no longer a physical science, but rather a data science, is quite well publicized and understood these days. “The Human Genome Project started in 1990 and the aim of that project [was] really to understand our genetic code and to go into detail,” Foster explains, talking to NutritionInsight. “What this has done is changed the physical science of biology and chemistry and made it data-driven.”

“The metaphor we like to use is that we used to look at food and nutrition like fueling a machine or an engine in a car; you put in the right fuel and that will dictate the performance of the body and if you’re deficient in something, then that could lead to a problem [like] a disease,” Foster continues. “But of course we’re seeing huge amounts of lifestyle disease, and it’s not necessarily due to deficiency if something is going wrong.”

“Now that we understand that code the same way, we can look at the body as a computer, or better still, as software,” Foster adds. “Computers use binary code – ones and zeros – whereas the human body and all organic life uses the code of DNA – GTAC.”

“Now we can look at it from a coding perspective, so we can almost treat disease and the development of disease as the software going wrong,” notes Foster. “How can we send the right signals to the body to regain health or to prevent the onset of disease?”

Speeding up personalized nutrition process
“We’re bringing a very new approach […] to dramatically speed up the process,” Foster tells NutritionInsight.
This means that a process that would normally take a decade with traditional methods can be completed by the company in timeframes measured in months and with incredible accuracy.

“Every time we look for peptides, we find things that work in vitro – we have a 54 percent success rate in vitro – and then go on to work in the human body, which is very important,” Foster adds.

“Ultimately, what I think they’re investing in is speed,” Foster said while commenting on the motivations of investors in Nuritas during his presentation. “What [personalized nutrition] is going to turn into, I believe, is going to be far more complex: ‘Can we get a food which is more designed around positively influencing your epigenetics?’”

“It’s still really important at the moment. I think potentially in the future it doesn’t have to be important, and we’ll see what happens with that,” commented Foster in response to a question during his presentation. “But we’re highly active in Asia, the US and Europe and pretty much anywhere else in between.”

Nuritas has already signed a number of very interesting deals for future products. One of those in the public domain is for some specific peptides that are now with BASF Human Nutrition.

“We’ll see them launch as a product early in 2018, which will be a very exciting moment [because it will] take something from in silico computer discovery all the way through to an ingredient that food manufacturers can start to use,” Foster comments.

Another exciting project for the company is a Horizon 2020 grant that has unlocked €3 million (US$3.52 million) to advance one of its discoveries in the area of prediabetes. “That’s in human clinical trials at the moment, and the endpoint for that is an article 13.5 health claim submission, which is going to be a first-of-its-kind ingredient,” Foster comments.

“We’re a disruptive startup using AI. We want everything to happen tomorrow,” Foster notes of future release dates during his presentation. “We’d love to translate our ability and our speed into all areas as well. But the reality is that there’s regulation around claims and that real consumer value comes from whether claims support something.”

“We control the timeline on our discovery process; different consumer goods operate on their own timeframes,” Foster adds. “What we know is that we can speed up that discovery process beyond what anyone else can do.”

The company is also sure that it has a distinct advantage over the competition in the field of patented peptides.

“We already believe we have the world’s largest database of patented peptides,” notes Foster. “With more than 200 more patented peptides than the next on the list at this stage and that is just in a few short years.”

By Paul Creasy and Lucy Gunn

WHO flags AI’s “enormous potential” for healthcare despite ethical challenges

29 Jun 2021 --- The World Health Organization (WHO) is warning that artificial intelligence (AI) must have ethics and human rights at its heart if it is to improve global... Read More

17 May 2021 --- One Drop has received the Conformité Européenne (CE) Mark for its blood glucose prediction analysis engine, which can accurately forecast glucose... Read More