You are in : All News > Vit D & Calcium Does not Significantly Reduce Cancer Risk in Older Women, But Study “Shows Potential” 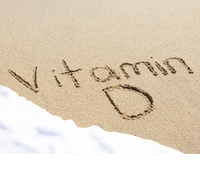 30 Mar 2017 --- A new study has found that among healthy postmenopausal women, supplementation with vitamin D3 and calcium compared with placebo did not result in a significantly lower risk of cancer after four years. However, despite the findings, the Council for Responsible Nutrition has responded to the study positively, saying the study “shows the potential for vitamin D to reduce cancer risk—and we encourage more research in this area.”

About 40 percent of the US population will have a cancer diagnosis at some point during their lives, and evidence suggests that low vitamin D status may increase the risk of cancer, and considerable interest exists in the potential role of vitamin D for prevention of cancer.

With this in mind, Joan Lappe, Ph.D., R.N., of the Creighton University Schools of Nursing and Medicine, Omaha, and colleagues randomly assigned 2,303 healthy postmenopausal women 55 years or older (average age, 65 years) to a treatment group or to a placebo group.

The duration of treatment was four years, and the researchers examined the incidence of all-type cancer (excluding nonmelanoma skin cancers).

The authors say that one explanation for a lack of statistically significant differences between the treatment groups in all-type cancer incidence is that the study group had higher baseline vitamin D (serum 25-hydroxyvitamin D) levels compared with the US population.

"Further research is necessary to assess the possible role of vitamin D in cancer prevention,” they say.

Despite the findings, the Council for Responsible Nutrition (CRN), the leading trade association for the dietary supplement and functional food industry, seemed optimistic about the finds.

“Conducted in a population of post-menopausal women, the study shows the potential for vitamin D to reduce cancer risk—and we encourage more research in this area.”

“Although the positive results did not meet statistical significance, the study came very close, showing a 30 percent reduction in cancer risk in the study population. These results are especially heartening in light of one significant limitation of this study: the study subjects had higher baseline vitamin D levels at the beginning of the study compared to the U.S. population, suggesting that the potential benefits of vitamin D supplementation may not have been fully realized.”

“The study raises the question that if the placebo group had been a population of women that was below average for vitamin D levels at baseline, would we have seen this study reach statistical significance?”

“Additionally, in the post hoc analysis, when the authors eliminated the cancers diagnosed during the first year of the study, presumably cancers that started before the supplements could have had a protective effect, there was a statistically significant 35 percent reduction in cancer risk.”

“Of course, this finding should not be over interpreted, but if supplementing with an essential nutrient could significantly reduce the risk of cancer, it is all the more reason to support more research to build on these findings.”

“Cancer is multifactorial, but good nutrition in combination with a lifetime of other healthy habits can help to reduce risk of disease. This study is a good reminder to have vitamin D levels checked by your doctor to make sure that you are getting enough of this important nutrient.”

03 July 2020 --- This week in nutrition news, Evolva set itself up to strengthen its resveratrol products’ position in the nutrition sector with an agreement to issue and... Read More

30 Jun 2020 --- Three separate reviews from UK health authorities have investigated the connection between vitamin D and respiratory illness in light of COVID-19. The National... Read More

18 Jun 2020 --- The cannabidiol (CBD) sector has been filled with renewed calls for safety framework regulation in both the US and EU. In the US, the Council for Responsible... Read More

08 Jun 2020 --- Cancer patients’ responses to chemotherapy drugs can be changed by microbes in the gut. This is according to a study from the University of Virginia (UVA),... Read More