You are in : All News > Vision health: Algatech to launch microalgae-based extract for “eagle eyes”

The ingredient can be applied to supplements, functional foods and beverages 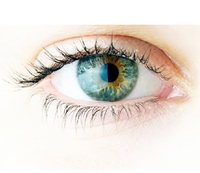 30 Apr 2019 --- Microalgae ingredient specialist AlgaTechnologies Ltd. (Algatech) has headlined the newest product within its astaxanthin product line – AstaPure EyeQ – a microencapsulated, cold water-soluble, 2 percent astaxanthin powder, marketed as promoting superior vision functionalities. According to the manufacturer, the extract may be applicable as a functional ingredient in supplements, foods and beverages. AstaPure EyeQ will be unveiled at next week’s Vitafoods Europe, which is taking place during 7-9 May.

Inspired by the biochemical mechanisms of eagles’ eyes, which naturally contain astaxanthin and other carotenoids, the AstaPure EyeQ is said to help protect eyes from oxidative stress and radiation.

Also referred to as the “king of carotenoids,” astaxanthin is regarded as one of nature’s most potent antioxidants. The microalgae-synthesized extract, which is a rich, dark red pigment, not only gives shrimp, krill and salmon their distinctive colors but also helps promote high endurance in salmon, in addition to powering birds’ incredible eyesight.

A potent antioxidant synthesized by nature
AstaPure EyeQ astaxanthin is derived from a microalgae called Haematococcus pluvialis. Microalgae create astaxanthin to protect themselves from stressful environmental conditions. When bodies of water begin to dry during the summer, the biosynthesis of astaxanthin enables microalgae to safeguard their DNA from environmental stressors, such as radiation and oxidative stress, until the next rainy season.

This self-preservative effect can last up to many years, demonstrating the compound’s efficacy as an antioxidant. Studies have shown natural astaxanthin derived from microalgae to be over 500 times stronger than vitamin E and far more potent than other carotenoids, says Algatech.

Much like the algae needs protection from daily oxidation stress, so do humans in polluted environments. Oxidation is cited as a crucial process in healthy physiology and it is the imbalance toward excessive oxidation that triggers many disease and disorders in humans. Oxidative stress has been linked to many disorders related to the central nervous system, eye health, digestive health, cardiovascular system, muscular system and male fertility.

Literature evaluating the antioxidative properties of astaxanthin has expanded over the last 25 years. A preclinical study conducted at Kyoto University revealed that through Algatech’s proprietary technology, the astaxanthin compound is capable of crossing both the blood-brain and the brain-retina barriers, allowing for its effective delivery. Another pharmacokinetics clinical study demonstrated that AstaPure EyeQ has a two-fold bioavailability found within the plasma.

Sustainable manufacturing process mimics nature
Algatech developed a proprietary three-month cultivation process that mimics astaxanthin accumulation in nature. The cultivation begins with a “Green Stage” which ensures that the algae will enjoy optimum growing conditions, allowing maximum biomass growth over time. Later on, the algae is transferred to an all-glass photobioreactor apparatus, in which the algae growth is accelerated under the sun of the Arava desert, in Israel. Once fully developed, the “Red Stage” begins – the algae is exposed to harsh conditions, which in turn, creates stress which causes the algae to form a hard shell and produce Astaxanthin.

AstaPure product line are marketed as being safe, with no side effects when consumed with food. AstaPure has self-affirmed its status as Generally Recognized as Safe (GRAS), produced in an ISO-9001:2015 and ISO 22000:2005 certified facility. The AstaPure line is also Non-GMO project verified, USDA Organic, Halal and Kosher certified.

06 Apr 2020 --- Microalgae is an untapped area, with applications including weight management, fatty liver disease, eye health and UV protection. This is according to Eyal Shalmon,... Read More

23 Mar 2020 --- CapsiClear is Unibar’s new patent-pending supplement that boasts over 50 percent capsanthin in its formulation. According to the plant-based life sciences... Read More

Aging well: Spotlight on brain health as opportunities in post-menopausal women are highlighted

13 Feb 2020 --- In part one of NutritionInsight’s coverage of healthy aging, it was clear that preventative care is a key reason for emphasizing protein to protect muscle... Read More