You are in : All News > Teens with Type 2 Diabetes Have Brain Differences, Study Finds 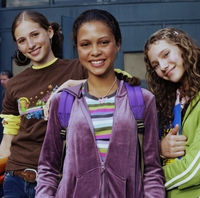 21 Jun 2016 --- Researchers have found that teenagers with Type 2 diabetes have significant changes in total brain gray matter volume and in regions of gray matter involved in seeing and hearing, memory, emotions, speech, decision making, and self-control.

The diagnosis of Type 2 diabetes is becoming more common in US kids and teens, especially in those who are overweight. Type 2 diabetes advances more aggressively in teens than adults, and leads to health complications usually found only in adults.
Now scientists at Cincinnati Children's Hospital Medical Center have found that the brain is also affected in teenagers with Type 2 diabetes.
The researchers discovered that these teens have six regions in their brains with significantly less gray matter, and three with significantly more. They also found a relationship between less gray matter volume in the brain and the ability to pronounce and sound out unfamiliar words.
"Previous studies suggested that youth with Type 2 diabetes have changes in brain structure and poorer cognitive function scores compared to their peers," says Amy Sanghavi Shah, MD, a physician-scientist in the division of Endocrinology at Cincinnati Children's and senior author of the study.
"Total and regional brain volume had not been assessed comprehensively until now. We also sought to determine if the findings we found here could explain poorer cognitive scores."
The study was presented at the American Diabetes Association's Scientific Sessions in New Orleans. Jacob Redel, MD, a fellow in the division of Endocrinology at Cincinnati Children's and lead author of the study, presented the findings at the ADA Presidents Oral Session.
The researchers studied 20 teens with Type 2 diabetes and compared them to 20 teens without Type 2 who were similar in age, race and sex. All participants in the study had high-resolution MRIs. Neither group had prior neurological or psychological disease or prior abnormal MRIs.
Cause or effect?
"Our results do not show cause and effect," says Dr. Redel. "We don't know if the changes we found are the direct result of diabetes, but studies in adults with Type 2 diabetes with longer duration of disease also show brain volume differences, brain vascular changes and cognitive decline. However, our findings suggest that preventing Type 2 diabetes in adolescents is important to prevent possible complications in the future."
The researchers are considering another study adding participants who are obese without Type 2 diabetes and a larger number of participants. This would allow them to examine whether differences found on MRI are more related to obesity or high blood sugar seen in diabetes and test whether other cognitive domains, such as memory, language, intellect and attention, are affected by brain volume differences.

11 Jun 2020 --- Active plant ingredient supplier Activ’Inside is launching the Silver Brain Food project, which aims to fight cognitive decline in the elderly. This will be... Read More

“Longevity breakthrough of the century”: Jellyfish collagen investigated for cognition

27 May 2020 --- Edible jellyfish collagen peptides are being studied for their potential in improving cognitive functions. Princeton Consumer Research has partnered with Certified... Read More