You are in : All News > Targeted approach: Probiotics and breastfeeding found to reduce potential antibiotic resistance in children 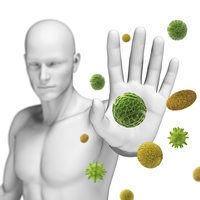 Moreover, 38 antibiotic resistant genes were reduced in the supplemented infants, including genes associated with resistance to a wide range of drugs prescribed to treat respiratory, intestinal and urinary infections, chlamydia and acne.

“These results demonstrate that targeted bacterial supplementation is capable of remodeling the ecology of the infant gut microbiome and therefore reduce antibiotic gene reservoirs in children. We found that supplementation with the infant gut symbiont significantly diminished both the abundance and diversity of antibiotic resistance genes,” says Dr. Giorgio Casaburi, lead author of the research.

Dr. Casaburi and his team assessed infants who, along with exclusive breastfeeding, received a supplementation of the probiotic for 21 days. After two weeks of supplementation, fecal samples were collected and compared with infants who had exclusively received breastmilk to evaluate the presence of antibiotic resistance genes.

The probiotic utilized in the research is uniquely adapted to thrive in the infant gut and is often missing from the microbiome of infants born in Europe and the US today. In the absence of this protective bacterium, other bacteria colonize the gut microbiome and enable the evolution, persistence and dissemination of antibiotic resistance genes.

“The supplementation offers a novel approach towards providing an alternative, safe and non-invasive method to decrease the number of genes that resist antibiotics in infants" adds Dr. Casaburi. “This is the first demonstration of significant remodeling of the infant gut microbiome. This modulation could help to reduce the burden and diversity of antibiotic resistance genes in current and future generations.”

Misuse of antibiotics in humans and animals is accelerating this threat, and a growing number of infections are becoming more difficult to treat as antibiotics become less effective.

The research project DRIVE-AB, a consortium managed by the University of Geneva (UNIGE) and AstraZeneca, has determined that a market entry reward of US$1 billion per antibiotic globally could significantly increase the number of new antibiotics coming to the market in the next 30 years.

Research: Honey Is A New Approach to Fighting Antibiotic Resistance

17 Mar 2014 --- Honey, that delectable condiment for breads and fruits, could be one sweet solution to the serious, ever-growing problem of bacterial resistance to antibiotics,... Read More