You are in : All News > Study: Reducing Sodium in US May Save Hundreds of Thousands of Lives 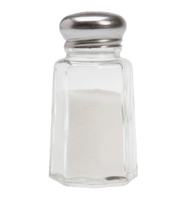