You are in : All News > Resveratrol Could Suppress Pathogen that Causes Inflammation 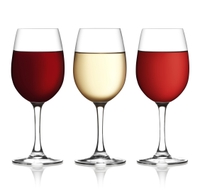 20 Oct 2016 --- Resveratrol, a component of red wine and grapes, may help control inflammation induced by a bacterial pathogen that is linked to upper respiratory tract inflammatory diseases, according to a new study published in Scientific Reports.

“It has been shown that resveratrol can suppress inflammation, but how it regulates inflammation still remains largely unknown,” said Jian-Dong Li, a senior author of the study, director of the Institute for Biomedical Sciences at Georgia State, and a Georgia Research Alliance Eminent Scholar.

Resveratrol belongs to a group of compounds called polyphenols that are thought to act like antioxidants and protect the body against damage. It has long been considered a therapeutic agent for various diseases, including inflammatory diseases.

In the study, resveratrol was effective against inflammation caused by nontypeable Haemophilus influenzae (NTHi), a major respiratory pathogen.

This study found for the first time that resveratrol decreases NTHi-induced expression of pro-inflammatory mediators in airway epithelial cells and in the lungs of mice by enhancing MyD88 short, a negative regulator of inflammatory signaling pathways.

MyD88 short is considered a “brake pedal protein” because it can tightly control inflammation induced by this respiratory pathogen. It could be a critical target with significant therapeutic potential for suppressing inflammation associated with chronic airway disease.

The researchers also found that resveratrol has anti-inflammatory effects after NTHi infection, which demonstrates its therapeutic potential.

17 Mar 2020 --- Older people should be spreading their protein intake evenly across all meals to most effectively mitigate against age-related muscle loss. This is according to... Read More

12 Mar 2020 --- Beyond convenience, the ready meal arena offers ample opportunity for innovation related to nutrition. Many players in the space are looking to ramp up the... Read More