You are in : All News > Genetically engineered probiotic: Bio-engineering is the future of nutrition, says ZBiotics founder

28 May 2019 --- As technology improves and becomes less expensive, and while insights into human health increase, our capacity for producing effective functional foods strengthens. Companies are especially innovating in the functional foods space using this information, and are only beginning to scratch the surface. The introduction of bioengineering into this space fits perfectly, according to Zack Abbott, Ph.D., a Microbiologist from the University of Michigan. As the co-founder of ZBiotics, Abbott claims to have created the world’s first genetically engineered probiotic designed to eliminate an unwanted byproduct of responsible alcohol consumption; also known as ZB183 and the main ingredient in the company’s first product. Despite the GMO-free rise in many markets, including the US, the innovator is keen to show the advantages that this technology can bring. “We absolutely will prominently label it as a GMO, because we are very proud of the fact that it is genetically engineered,” he tells NutritionInsight in a detailed interview.

NutritionInsight: How has the functional foods space evolved? And how can bioengineering help it grow?
Abbott: We are only beginning to scratch the surface of understanding the microbiome and its central role to our health. Many new companies are producing functional foods while leveraging this information. Those foods are based on more substantial data and stronger hypotheses than ever before. Bioengineering fits perfectly into this space, as it is a highly specific tool we can use to build new functional foods based on the new insights we are gaining. No longer are we limited to whatever vitamins or plant extracts we happen to have available. For the first time ever, we can actually engineer purpose-built functional foods to address specific needs and hypotheses. 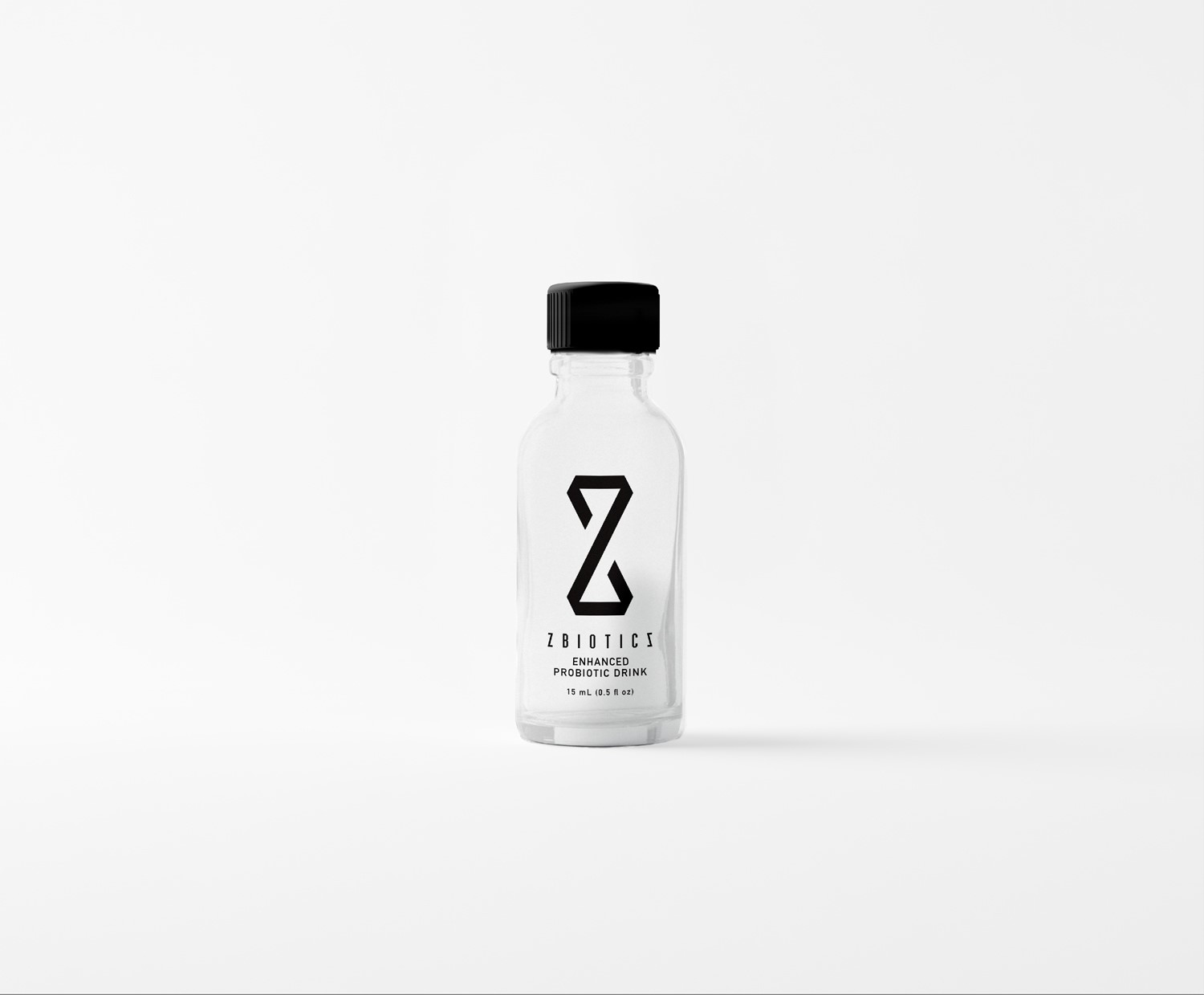 Click to EnlargeZBiotics is a functional beverage which contains a novel probiotic ingredient.NutritionInsight: Would you classify your “genetically engineered probiotic” as a supplement, functional food or both?
Abbott: ZBiotics is a functional beverage. By definition under The Dietary Supplement Health and Education Act [DSHEA], it does not fall within the definition of a supplement because it is not a vitamin, mineral, herb, botanical, amino acid, or substance that increases an individual’s total dietary intake.

Instead, ZBiotics contains a novel probiotic ingredient. That probiotic bacteria has been engineered to produce an enzyme that breaks down acetaldehyde (a nasty byproduct of alcohol). The result is a beverage with a specific function.

The probiotic is genetically engineered to express an enzyme similar to the one your liver naturally uses to break down acetaldehyde. What we’ve done is move a trait into an edible probiotic bacteria, leveraging a natural form of trait transfer called “homologous recombination,” which bacteria have naturally evolved and refined over the last 3 billion years to edit their own DNA on a continual basis. By leveraging these natural processes, we can move a very specific piece of DNA into an exact location in the bacterial genome in a manner that is extremely precise and safe.

NutritionInsight: What R&D challenges did you need to overcome in bringing the product to market?
Abbott: The biggest challenge from an R&D perspective was engineering the bacteria to make an enzyme that actually functioned, while making it in sufficient quantities to be potentially useful for us. Bacteria have their own agendas for what genes and enzymes they want to express and make. It took some real effort to engineer – or “work with” – the bacteria and get it to make a lot of the enzyme we wanted, but not so much that the construct was too taxing on the bacteria. It took a lot of work, and it was an incredible feeling of accomplishment when we got it just right. 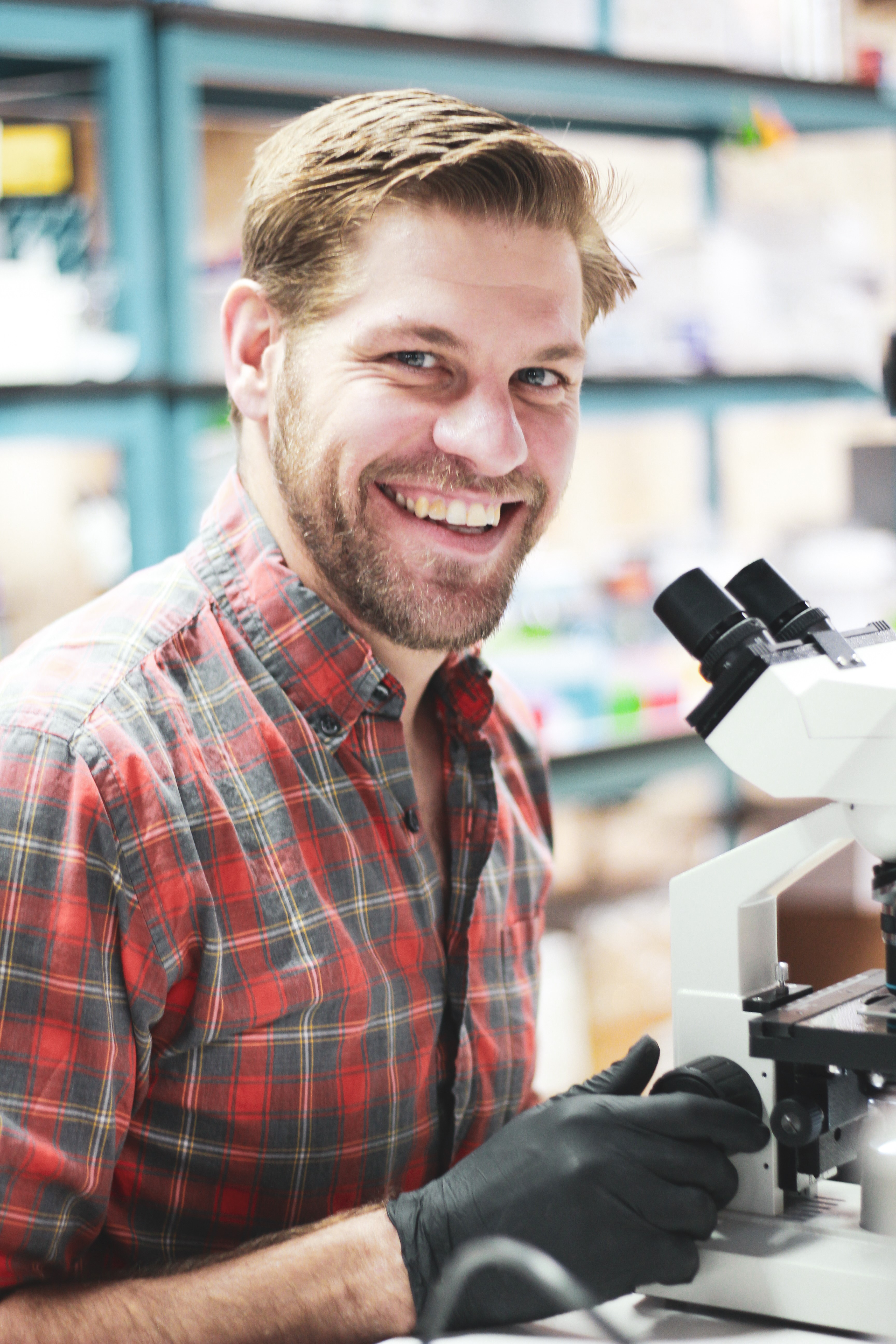 Click to EnlargeZack Abbott, Ph.D., a Microbiologist from the University of Michigan.

NutritionInsight: How important is clinical and scientific backing to launching such a product?
Abbott: The answer depends on who you are as a company, since the regulatory requirements are relatively vague. We see other companies launch products every day that haven’t been tested sufficiently or that make exaggerated claims.

But for ZBiotics, the scientific backing was critical. The whole point was to make products where people could really feel the benefits for themselves. As such, we spent two years testing the product for safety and efficacy before launching it to make sure we are selling something we can be confident in.

NutritionInsight: What do you need to consider regarding EU labeling restrictions? In the US, do you need to label the product GMO too?
Abbott: We hope to be able to sell this in the EU in the next couple of years. The EU has different regulations and compliance requirements around GMOs than the US, however. And while we anticipate being able to meet those requirements in the near future, they will likely take more time to satisfy.

As for labeling in the US, we are currently not required to label the product as a GMO. However, we absolutely will prominently label it as a GMO, because we are very proud of the fact that it is genetically engineered. The genetic engineering is what allows the bacteria to create an enzyme similar to the one your liver creates to break down acetaldehyde. No one has ever used this level of technology to address this challenge before.

NutritionInsight: So, have you cured the dreaded “hangover”?
Abbott: I’ve learned that term actually means a lot of different things to different people. It encompasses a fascinating symphony of issues that can vary drastically from person to person.  As such, anyone who's selling you a “hangover cure” is really just peddling snake oil. So I find it’s more honest to stick to what we built: we engineered a probiotic bacteria to produce an enzyme similar to one your liver makes that breaks down acetaldehyde.

When it comes to the misery you might feel the day after drinking, acetaldehyde is a major culprit. But alcohol itself affects the quality of your sleep, causes intoxication and creates other issues that ZBiotics does not affect. So after a night of drinking, even with ZBiotics, you might wake up feeling groggy and a little dehydrated. But you can deal with those issues pretty simply – using just a good breakfast and some caffeine – leaving you good to go.

03 May 2021 --- Researchers have created a new strain of Lacticaseibacillus rhamnosus GG (LGG), which can thrive and grow in milk, opening new opportunities for infant nutrition.... Read More

21 Apr 2021 --- Lonza is releasing an organic addition to its line of UC-II undenatured collagen ingredients, answering what it says is the growing need for the “next... Read More

Researchers uncover “switch” to boost zinc uptake in plants by 50%

24 Mar 2021 --- New research demonstrates that crops’ zinc uptake, and therefore nutritional profile, can be improved with the flip of a “molecular switch” in the... Read More

15 Feb 2021 --- US-based Vejii Holdings will be the exclusive release platform for plant-based meal replacement product Heal. The product’s online launch is inspired by a... Read More