24 Jul 2019 --- Consumers can be encouraged to make healthier choices through the positioning of items on a menu, as proposed by researchers at the University of Warwick and the University of Manchester, UK. In the study, the arrangement of drinks on McDonald’s touchscreen kiosks was modified to show sugar-free Coke Zero in the first position, instead of the sugary Coca-Cola. This resulted in an 8 percent reduction in Coca-Cola and a 30 percent increase in Coke Zero, highlighting how raising the visibility of healthier menu options can increase uptake.

“The food industry should make healthy options more feasible and salient. This is just one example, but it illustrates how we can make big changes in nutrition by small changes in the environment. The overconsumption of sugar leads to fat accumulations and is the quickest way to gain weight, so it is necessary to mitigate against this,” Ivo Vlaev, Professor of Behavioral Science at Warwick Business School and lead author of this study, tells NutritionInsight. 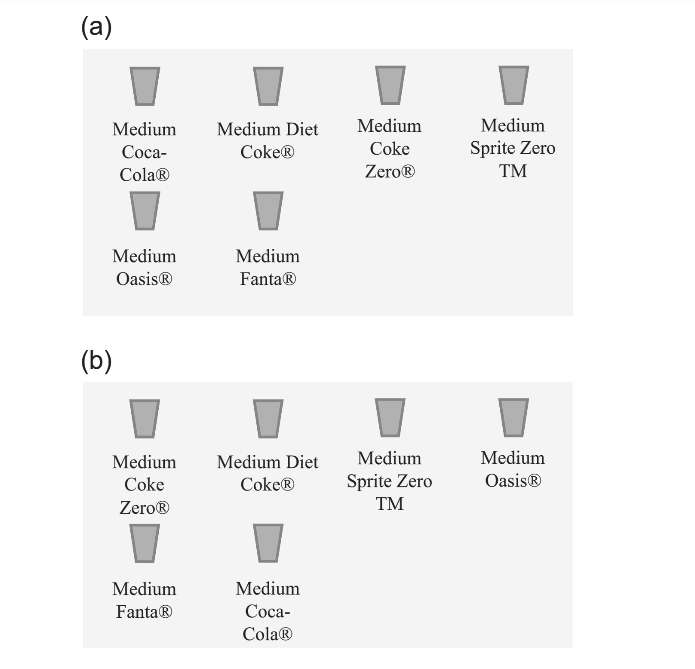 Click to EnlargeDiagram showing the drink positioning on the menus before and after intervention (Credits: Wiley Online Library).Initially, the self-service touchscreen kiosks displayed Coca-Cola in first place, with Coke Zero in third place. However, the experiment moved Coca-Cola to last (sixth) position, and Coke Zero to first in the 622 participating UK branches of McDonald’s. The researchers then examined the effects of the change after one week, and after twelve weeks.

“The findings were not particularly surprising. Previous research has shown that the order that items are presented affects the way biases work,” Vlaev notes. The team also examined whether there was a relationship between the level of deprivation in terms of poverty and the intervention’s effects. Deprivation was based on the stores’ postcodes, but no significant connections were found.

Vlaev says that the researchers had numerous other ideas for testing, but they proved to be impractical. “Theoretically, we were also prompting people at the checkout by asking if they’d like a sugar-free drink. However, the staff on the ground didn’t implement it properly and kept forgetting about it. These practical reasons stopped us using methods other than the touchscreen.”

He highlights the promise of more extreme measures such as giving a sugar-free drink as the default option when an ordering customer does not specify their preference. “Default or auto-enrollment is one of the most powerful techniques in behavioral change, and the vast majority of people don’t notice the difference. If you auto-enroll people, they never opt-out, which could be extremely powerful.”

Click to EnlargeIt is important that consumers drink less sugary drinks as they have been linked to numerous health conditions. It was not possible to research auto-enrollment at McDonald’s due to practical reasons, as well as customer objection. “When they were asked, customers said that they would feel patronized. However, people do always give an answer when a question is asked, and in reality, most people would not perceive a change. Additionally, there were some concerns that people might be allergic to the sweeteners – albeit a minority,” Vlaev continues.

Looking forward, the researchers are eager to find an opportunity to examine consumer habits more closely. “I’m hoping to collaborate with McDonald’s further, as well as any other big brands for a large-scale field experiment. Fast food industry giants have been painted as the bad guy, but they actually want to do the right thing and engage with sugar reduction,” Vlaev concludes.

Sugary drinks have been under the spotlight recently, with a study finding that they may increase the overall risk of cancer. As well as indirectly being linked to cancer through obesity, the researchers suggest this connection could also be due to other factors, such as increased blood sugar or visceral fat levels.

Additionally, economists have been calling for the US to impose a soda tax for both financial and health reasons. As sugary drinks have been linked to diseases resulting in high medical bills ultimately paid by taxpayers, the researchers estimate that, on average, drinking a 12-ounce can of Coke will impose about 10 cents of health care costs on others.