You are in : All News > DSM & Evonik Collaborate on Marine Algae for Animal Nutrition & Aquaculture 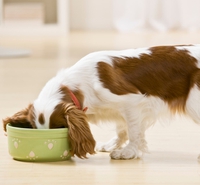 “Our products will initially target the salmon aquaculture and pet food markets,”

“With currently 17% of the world’s wild caught fish being used to produce fish oil for aquaculture, we believe this is unsustainable.”

“By producing omega 3 with EPA and DHA from algae, we will enable the aquaculture industry to grow sustainably,” notes Betten.

The companies have said that their highly concentrated algal oil is a high value and pure source that will enable the animal nutrition industry to keep up with the increasing demand for these two essential omega-3 fatty acids without endangering fish stocks.

They add that this will contribute to healthy animal nutrition as well as to the ecological balance and biodiversity of the oceans - something they regard as a breakthrough in the industry.

Betten added: “DSM and Evonik are building a facility in response to the anticipated growth from the aquaculture industry for omega-3 with EPA and DHA, with fish oil being a finite resource.”

The alternative omega-3 source is the first to offer both EPA and DHA and will be aimed at initial applications in salmon aquaculture and pet food.

The companies state that the successful product and process development was only possible thanks to the complementary competencies that Evonik and DSM bring to the collaboration.

DSM has expertise in the cultivation of marine organisms including algae and long-established biotechnology capabilities in development and operations, whilst Evonik's focus has been on developing industrial biotechnology processes and operating competitively large-scale manufacturing sites for fermentative amino acids.

DSM Nutritional Products and Evonik Nutrition & Care will each hold a 50% share in the joint venture and co-own the production facility, which will be built at an existing site of Evonik and is expected to come on stream in 2019. The joint venture plans to invest around US$ 200 million in the facility (USD 100 million by each party over circa 2 years).

The company has set its goals high, with Betten explaining that, “We are initially covering 15% of the current annual demand for EPA and DHA from the salmon aquaculture industry.”

The set-up of the joint venture, to be named Veramaris and headquartered in The Netherlands, will be finalized subject to regulatory approvals and other customary closing conditions.

The joint venture follows the joint development agreement, signed in July 2015. Under this agreement, Evonik and DSM have jointly worked on the development of products and the manufacturing process and explored opportunities for commercialization.

Both companies achieved positive results in the development of the product while extensively working with the entire value chain, including fish feed producers, fish farmers and retailers.

Customers will be able to receive sizeable quantities of the product for market development while the construction of the new manufacturing plant is underway.

Sustainability in the Aquaculture industry

The algal oil from DSM and Evonik means that the vision of salmon farming without using fish-based resources is – for the first time – becoming realistic. By replacing fish oil in salmon feed with this EPA and DHA rich alternative, the fish-in-fish-out ratio could be reduced significantly.

The two companies state that this alternative will enable the aquaculture industry to continue to grow sustainably.

Worldwide fish oil production is approximately one million metric tons per year. Most of the fish oil is used in aquaculture, mainly for fat-rich fish species, such as salmon. The limited wild fish stocks restrict the amount of fish oil available and thus the growth of the aquaculture industry.

Currently, the industry uses about 75% of the annual production of fish oil.

Growth in the Pet Food Market

Until now, these fatty acids have been added to aquaculture feed and pet food almost exclusively from marine sources such as fish oil and fishmeal.

As the new algal oil can be applied in feed production in the same way as fish oil, it can easily be introduced by feed and pet food producers, offering a sustainable non-fish alternative.

The omega 3 pet food market is growing too. According to Innova Market Insights, launches of pet foods featuring omega 3 rose 2.5% from 2015 to 2015, indicating that there is potential for the companies to really dominate this area.

DSM and Evonik are also pursuing applications of their algal oil for other aquatic and terrestrial animal species.

To get in touch with this editor, email hannah@cnsmedia.com

20 Apr 2021 --- Aker BioMarine is spotlighting krill oil as a dietary supplement that meets a surge in consumer demand for products that support overall health and... Read More