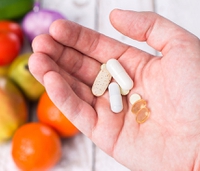 20 Mar 2018 --- One in four drugs may inhibit the growth of bacteria in the human gut and promote antibiotic resistance, finds a study published in Nature. The study was the first to systemically profile the direct influence of marketed drugs on gut bacteria, with the extent of the results surprising researchers.

Recently, a few commonly used non-antibiotic drugs have been found to cause changes in gut microbiome composition, but the full extent of this phenomenon was unknown until now. The researchers were "keen to raise attention" to the unexpectably large impact that was discovered.

“The number of unrelated drugs that hit gut microbes as collateral damage was surprising,” says Peer Bork, an EMBL group leader. “Especially since we show that the actual number is likely to be even higher. This shift in the composition of our gut bacteria contributes to drug side-effects, but might also be part of the drugs’ beneficial action.”

Drugs from all therapeutic classes, not only anti-infectives, inhibited the growth of different gut microbes.

This is particularly concerning regarding the bacteria changes resulting in potential antibiotic resistance, with another EMBL group leader, Nassos Typas,  describing it as “scary.”

“Considering that we take many non-antibiotic drugs in our life, often for long periods. Still, not all drugs will impact gut bacteria and not all resistance will be common. In some cases, resistance to specific non-antibiotics will trigger sensitivity to specific antibiotics, opening paths for designing optimal drug combinations,” she adds.

"This study clearly calls for investigation into the extent to which non-antibiotic drugs can contribute to the emergence of antibiotic resistance. Furthermore, we envision that the results of our study can directly contribute to the understanding of how certain drugs, e.g. antipsychotics, work, repurposing existing drugs (or developing new drugs based on these) to selectively target pathogens or to modulate our microbiome," says Patil.

The human gut contains a large number of species of bacteria, collectively referred to as the gut microbiome. In the last decade, it has become clear that the composition of the gut microbiome affects human health. It is well-known that antibiotics have a large impact on this microbiome, for example causing gastrointestinal side effects.

Click to EnlargeConsumers are increasingly knowledgeable about the benefits of a healthy gut. The growth of this platform was a key lesson from Innova Market Insights’ On-Trend presentation at the 2017 IFT Food Expo in Las Vegas. Key insights in Innova’s presentation included:

The popularity of products that target gut health indicates that some consumers are concerned with preventive healthcare: sustaining a healthy gut to prevent potential health issues.

However, although the researchers will not make any public medical recommendations at this point, they do indicate that this research could pave the way for more personalized medicine, as each individual has a unique gut microbiome.

George Zeller, a group study leader says: “We are excited to move on and explore drug-microbe interactions in complex gut microbial communities, as this will help us understand how individuals sometimes respond differently to the same medication.”

These strains can have very different functionalities, including the response to drugs. Therefore, many drug-microbe interactions are likely to be individual, opening paths for personalized drug therapies aimed at the individual gut microbiome.