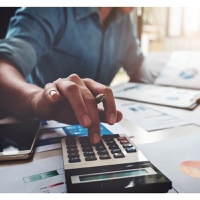 25 Feb 2022 --- This week in nutrition news, BASF releases 2021 financials and intends to enhance its Nutrition & Care segment. The Federal Trade Commission is returning US$930,000 to consumers because of untrue health claims. Meanwhile, a study found that increased vegetable consumption may not reduce CVD risk.

In brief: Business news
In the fiscal year 2021, BASF Group raised revenues and profitability dramatically. Its sales unit featured a 33% increase with €78.6 billion (US$87.8 billion). The EBIT before special items was €7.8 billion (US$8.7 billion), which is an increase of 118%. In 2022, the company expects net sales between €74 billion (US$82 billion) and €77 billion (US$86 billion). BASF’s Nutrition & Care segment expects to enhance capabilities in areas such as biotechnology and broaden portfolios with bio-based and biodegradable products. To achieve this, BASF has entered into partnerships to further strengthen its position in the bio-based surfactants and actives market.

The Federal Trade Commission will return US$930,000 to consumers who bought tea products that Teami marketed and sold using allegedly deceptive health claims. In March 2020, the Federal Trade Commission sued Teami and its owners, alleging that the company made false health claims and paid for endorsements from well-known social media influencers who failed to disclose that they were being paid to promote the products. Teami stated their Teami 30 Day Detox Pack would help people lose weight. Teami’s other teas would fight cancer, clear clogged arteries, reduce migraines, treat and prevent flu and treat colds, all without providing reliable scientific data.Applied Nutrition received a renewal of its British Retail Consortium certification.

France-based Gynov is expanding its fertility and reproductive health products to the US markets. Gynov’s growing popularity has officially reached the US with consumers and healthcare providers. The company is now rolling out its products through online and brick-and-mortar sale channels. Gynov’s growing product line focuses on three essential supplements: Gynositol, Isitol and Nausalys. Gynositol is a women’s health supplement developed to address PCOS. It utilizes vital ingredients, such as Myo-inositol and 5-mTHF (the biologically active form of vitamin B9), to help restore ovulation and cyclicity. Next, Isitol is a men’s fertility supplement and includes Myo-inositol as fertility support. Lastly, Nausalys is a supplement designed to restore quality of life for pregnant women by helping to manage nausea and vomiting.

In brief: Accreditation and Certification
Developer and manufacturer of natural ingredients NAC gave the Hervás manufacturing facility organic certification. The certification is designed to address the needs of partners and industry professionals and their customers’ changing demands. The organic certification is part of a product expansion that will broaden Natac’s portfolio in terms of variety and quantity, expanding its market reach. Natac intends to solidify its position as a future leader in the botanical ingredients industry by using a completely natural system of botanical production. Most consumers view organic foods as better for one’s health and the environment due to the lack of chemical additives, synthetic substances, pesticides, herbicides, or conventional fertilizers during production.

PLT Health Solutions partnered with Botanical Liaisons to undertake a sustainability audit of Indian Boswellia serrata gum resin harvesting and collection practices related to its use in a wide range of nutritional supplement applications. The audit measured sustainability through in-country interviews of field workers, resin consolidators, ingredient manufacturers and government officials. The third-party audit was based on a broad range of environmental, cultural and economic parameters and concluded that sustainability is supported.Cymbiotika’s Organic Longevity Mushrooms may improve energy and overall vitality.

Producer and developer of sports nutrition products, Applied Nutrition, received a renewal of its British Retail Consortium (BRC) certification and achieved ‘AA’ status, the highest possible achievement for food manufacturers. The certification recognizes its food safety across a range of benchmarks throughout its portfolio of sports nutrition products. Other international standards have also been achieved following separate audits in recent weeks that have seen the company renew its Good Manufacturing Practices (GMP) and ISO 22000 certifications.

PT Bromelain Enzyme’s production site was awarded a GMP pharma certification. PT Bromelain Enzyme is an Enzybel and GGP – based in Indonesia – joint venture. Enzybel is a specialist in enzymes bringing its know-how of high-quality APIs; GGP, the largest grower of pineapples globally, has direct access to the natural raw material being the pineapple stem. The Bromelain enzyme is suitable to aid joint pain, muscle soreness, digestion and has an inflammatory response. Bromelain enzyme is extracted from the stem of the pineapple, remaining in the field after the harvest of the pineapple. Bromelain is used as a medicine or dietary supplement for reducing pain and swelling. Research has also shown that it may be used in the medical treatment of cancer such as melanomas.

GNC unveiled Sway Fitness Pre-Workout and Sheeshh Energy Sticks across the US. It combines scientific expertise of Dr. Jim Stoppani, the business acumen of JYM Supplements’ Mike McErlane, and the global influence of Sway House creators Noah Beck, Blake Gray, Bryce Hall, Griffin Johnson and Josh Richards. Sway Fitness has created a product line not only for enhancing “gym gains” but also for living an active lifestyle. Sway Fitness Pre-Workout is now available in three new flavors, including Adios Mofo, Cherry Bomb and Sex On A Peach. Similarly, the Sway Sheeshh Energy Sticks are rolling out in two flavors: Grape and Sour Gummy.

In brief: Research and studies
Increasing the amount of cooked or uncooked vegetables consumed does not affect the risk of cardiovascular disease (CVD). Vegetable consumption may appear to reduce CVD risk at first glance, as certain of its ingredients, such as carotenoids and alpha-tocopherol, have CVD-protective qualities. The current study enrolled 399,586 participants and monitored their daily intake of total vegetables, raw vegetable and cooked vegetables. The results showed the risk of dying from CVD was about 15% lower for those with the highest intake compared to the lowest vegetable intake. However, this apparent effect was substantially weakened when possible socio-economic, nutritional and health- and medicine-related factors were considered.

Murdoch Children’s Research Institute (MCRI) and the John James Medical Centre researchers found that the rate of increase in severe allergic reactions to food among children has flattened since changes to Australian infant feeding guidelines. The research found that rising rates of hospital admissions for food anaphylaxis (severe allergic reactions) had stabilized in young children and teenagers in Australia since 2008. The study examined national emergency department data for food anaphylaxis during three different periods from 1998-1999 and 2006-2007, between 2007-2008 and 2014-2015 and between 2015-2016 and 2018-2019. A total of 37,132 anaphylaxis admissions were recorded over the period. Professor Tang said it was important not to be complacent as overall food anaphylaxis hospital admission rates had still increased. There was an unmet need for effective treatments that could induce remission.

At BASF, we create chemistry for a sustainable future. We combine economic success with environmental protection and social responsibility. As a unique partner along the human nutrition value chain, we offer a broad range of health ingredients such as vitamins, omega-3 fatty acids, plant sterols, carotenoids, HMOs, peptides and CLA.

Our vitamins and carotenoids enable you to enhance your dietary supplements, functional drinks and health food products with attractive additional benefits. You can choose from a wide range of premium quality natural and nature-identical formulations that we can supply in industrial quantities with absolute reliability. For example, LycoVit® is our nature-identical red carotenoid: it can be used as a coloring in drinks and food products, but it is also a powerful antioxidant which protects human cells by counteracting the damaging effects of free oxygen radicals applicable for dietary supplement concepts.

Our health ingredients will ensure that your products don’t just taste great, but also support good health, boost energy and help to ensure health in old ages. For instance it has been shown in clinical trials, that our Tonalin® CLA conjugated linoleic acid has a positive effect on lipid metabolism, and as such delivers body shaping benefits for your customers.

This week in nutrition news, Lonza and Israel Biotech Fund (IBF) have partnered for a two-year agreement to support Israeli-based companies with biologics and small... Read More

This week in nutrition news, Aker BioMarine unveiled revenues of US$56.9 million for its first quarter of 2022, fueled by growth within the Qrill and Superba krill... Read More