You are in : All News > Weekly Roundup: Amyris sells vitamin E royalties to DSM, DuPont to provide probiotics for infant sepsis research 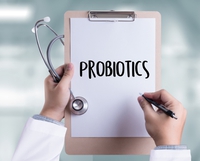 26 Apr 2019 --- In business news this week, Amyris announced the sale of its vitamin E royalties to DSM for approximately US$57 million, while DuPont is to provide probiotic and prebiotic products to the Centre for Global Child Health at The Hospital for Sick Children (SickKids) in Toronto for research on the effects of probiotics on sepsis in infants. PB Leiner is to unveil new collagen product concepts at Vitafoods in Geneva, Switzerland, next month, while Prinova Solutions Europe UK manufacturing facility received Good Manufacturing Practice (GMP) registration.

In brief: Transactions
Ingredients manufacturer Amyris has announced the sale of its Vitamin E royalty agreement to Royal DSM for approximately US$57 million. The agreement assigns Amyris’ rights of vitamin E royalties to DSM. In addition, DSM and Amyris have agreed to a further manufacturing cooperation for Amyris products at DSM’s Brotas facility that provides additional capacity and lower cost of goods sold with an expected approximate aggregate benefit of US$30-40 million over the next three years. Amyris’ financial benefit from the agreement is expected to reach approximately US$90 million. As a result of this agreement, Amyris has now fully exited the vitamin E business and is focused on driving commercial growth in the major markets it is already active in, such as flavor and fragrance ingredients, skincare, sweeteners and most recently, its entry into the cannabinoids (CBD) market. “The economics of this agreement ensure 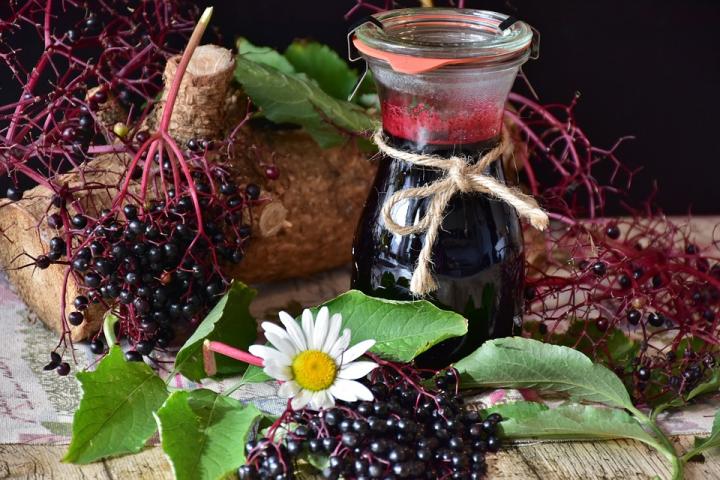 Click to Enlargeour ability to deliver continuous supply to our customers at a competitive cost,” says John Melo, President and CEO of Amyris.

In brief: Research and innovation
Global probiotics player, DuPont Nutrition & Biosciences (DuPont), is set to provide clinical trial probiotic and prebiotic products to the Centre for Global Child Health at The Hospital for Sick Children (SickKids) in Toronto for its research on the effects of probiotics on sepsis in infants. DuPont was selected by scientists at SickKids to provide probiotics for a new, large-scale research study in Bangladesh, which will focus on the microbiome and severe infections in infants. The research is funded by a grant from the Bill & Melinda Gates Foundation and will be conducted in collaboration with the International Centre for Diarrheal Disease Research, Bangladesh and the Child Health Research Foundation, both based in Dhaka, Bangladesh. “Sepsis continues to be a leading cause of newborn deaths, with infants in developing countries being disproportionately impacted,” says Matthias Heinzel, President, DuPont Nutrition & Biosciences. “The current body of research shows that a probiotic/prebiotic blend is associated with a significant reduction in sepsis in infants, which is why we’re excited to supply them for this study.”

Elderberry compounds can inhibit the entry and replication of the influenza virus in human cells, as well as strengthen immune responses to it, according to a new study from the University of Sydney, Australia. The research was conducted by Professor Fariba Deghani, Dr. Golnoosh Torabian and Dr. Peter Valtchev as part of the ARC Training Centre for the Australian Food Processing Industry that was established within the university's Faculty of Engineering and IT. The team performed a comprehensive examination of the mechanism by which elderberries’ phytochemicals combat influenza, by using commercially farmed elderberries which were turned into a juice serum and applied to cells before, during and after they had been infected with the virus. The phytochemicals from the elderberry juice were found effective at stopping the virus infecting the cells, however, they were even more effective at inhibiting viral propagation at later stages of the influenza cycle when the cells had already been infected with the virus. The researchers also discovered that the elderberry’s antiviral activity can be attributed to its anthocyanidin compounds – phytonutrients responsible for giving the fruit its vivid purple coloring.

Dragon fruit-derived prebiotic oligosaccharides influence gut mobility, according to a mouse study from the Prince of Songkla University in Thailand, to be published in the June 2019 issue of Biomedicine & Pharmacotherapy. The researchers found that dragon fruit oligosaccharide (DFO) has a prebiotic property which improves gut health by selectively stimulating the colonic microbiota. Altering microbiota composition may affect intestinal motility, however, no study has previously tried to understand the DFO effects on gut motor functions. The new research aimed to investigate the DFO effects on mice colons compared to the prebiotic fructo-oligosaccharide (FOS) and probiotic bifidobacteria. The mice received distilled water; 100, 500, and 1000 mg/kg DFO; 1000 mg/kg FOS; or 109 CFU Bifidobacterium animalis daily for one week and some treatments for two weeks. Then, gastrointestinal transits were analyzed and 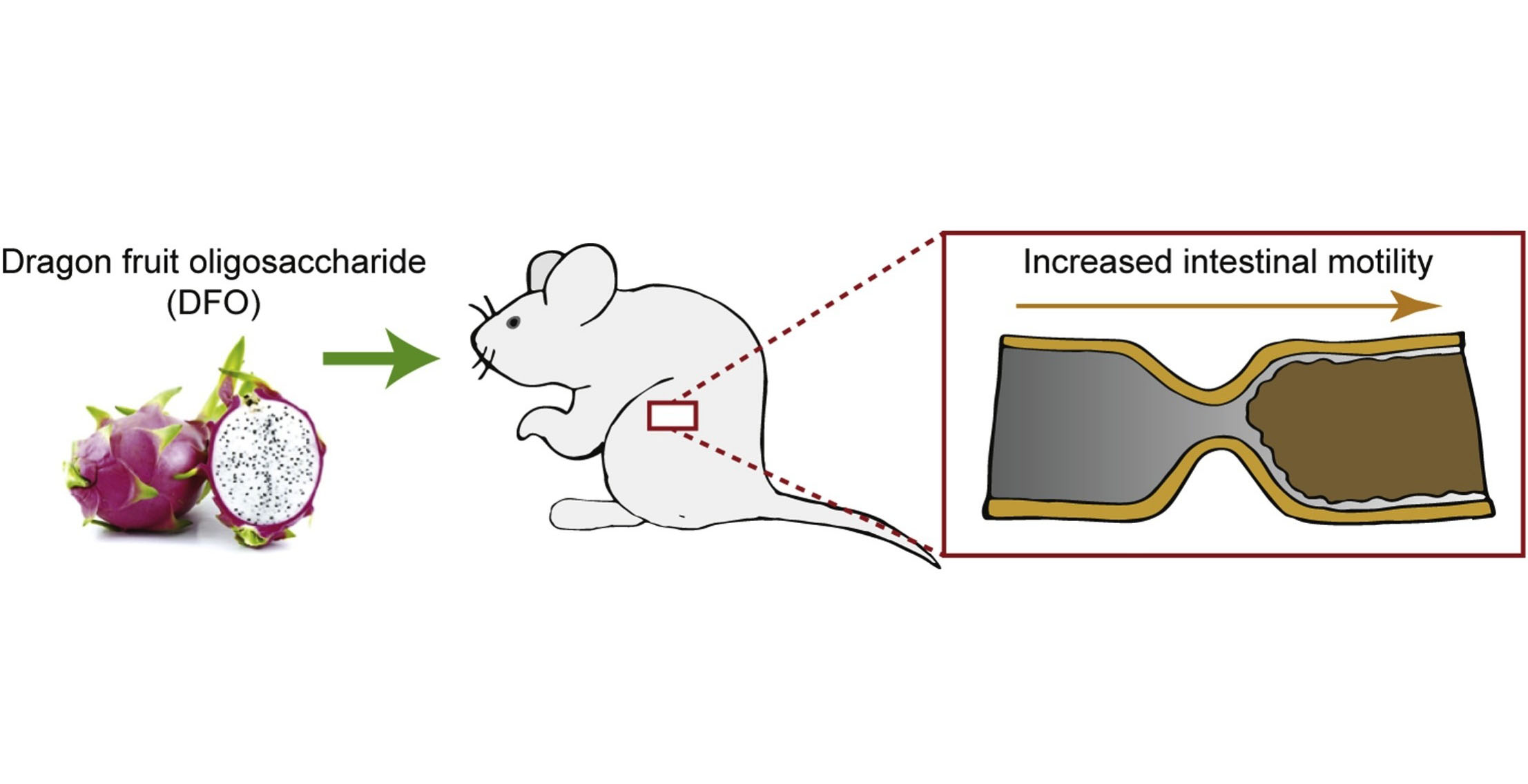 Click to Enlargemotility patterns, smooth muscle (SM) contractions and morphological structures of the colons were assessed. The study found that administration of FOS, 500 and 1000 mg/kg DFO significantly increased fecal output when compared to the control group. In mice treated with FOS and bifidobacteria, gut transit time was reduced, while upper gut transit was increased in comparison to DFO groups. Therefore, the researchers concluded that “DFO as a dietary supplement may promote gut health and correct gastrointestinal motility disorders.”

In brief: Launches and releases
PB Leiner has announced the launch of new collagen product concepts that will be unveiled at Vitafoods 7-9 May 2019. The showcase will be accompanied by a lecture on collagen’s potential health benefits in sports, by Professor Robert Hickner from the Department of Nutrition, Food and Exercise Science at Florida State University. Additionally, Solugel’s new branding will also be presented at the show. According to the company, a number of new product concepts will be presented, such as sports gel, a fitness drink and collagen peptides water, feature Solugel collagen peptides from the Dissolution Series. The product concepts are formulations aimed at harnessing the health benefits of both Solugel collagen peptides (injury prevention, muscle recovery, bone and joint health and skin health) and active ingredients such as vitamins. They are aimed at active men and women, including both professional athletes and active consumers. “In recent years, consumer interest for collagen’s role in sports nutrition has increased, giving R&D teams in the food and beverage industry multiple application ideas for collagen peptides. With our new sports gel, beverage collagen product concepts and our guest speaker, we seek to inspire, while keeping abreast of the latest market trends and scientific research,” says Koen Vanhoutte, PB Leiner’s Sales & Marketing Director for the EMEA region.

In brief: Awards and certifications
Prinova Solutions Europe's manufacturing facility in Aylesford, in the UK, has been added to NSF International’s dietary supplements GMP registration and has also gained Informed-Sport site certification from LGC Group. The facility produces dry and liquid nutritional premixes as well as amino acid blends and offers particle size reduction and bespoke packaging options plus other customized services to the lifestyle nutrition, food and beverage industries. Earning GMP registration from NSF International verifies that Prinova’s UK manufacturing facility has the proper methods, equipment, facilities and controls in place to produce high-quality dietary supplement products. “These registrations underline our commitment to following rigorous quality processes and represent a significant milestone in the development of our manufacturing business,” says Prinova Europe’s Commercial Director of Nutrition, Barry Kelly.