You are in : All News > Vitamin K2 could be novel therapeutic target for common cardiovascular condition 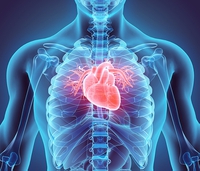 23 Nov 2017 --- The European Heart Journal has published a review paper that highlights the potential of vitamin K2 supplementation for calcific aortic valve stenosis (CAVS), a common cardiovascular condition in the aging population where no medical therapy currently exists.

According to researchers, once symptomatic severe CAVS has developed, there is a dismal prognosis without intervention. Currently, the only treatment for (symptomatic) severe CAVS is surgical or trans catheter aortic valve replacement (AVR), but it is an intervention to which not all patients are suited.

While multiple trials have attempted to repurpose commonly used pharmacological interventions to slow CAVS progression, pharmacological interventions have thus far failed to alter the course of CAVS. The review paper notes that studies have demonstrated that statins, widely used for lipid lowering in atherosclerosis and inflammation, have no effect on CAVS progression or clinical outcomes, and might actually exacerbate the condition.

However, the researchers noted promise with vitamin K2, specifically the long-chain menaquinones (MK7), as they are transported efficiently beyond the liver. “Vitamin K supplementation is an attractive option to replenish vascular vitamin K stores to ensure optimal calcification inhibition,” the researchers write.

“Recognizing that medical therapies are proving ineffective, researchers are shining a light on efficacious supplemental alternatives, which leads them to the clinical research that NattoPharma has spearheaded,” says Dr. Hogne Vik, Chief Medical Officer with Norwegian-based NattoPharma ASA, a company targeting vitamin K2 research and development.

The review paper concludes: “The pathophysiological mechanisms involved in CAVS initiation and progression are being rapidly elucidated and include inflammation, fibrosis, and calcification. With this advancing knowledge, we have identified novel therapeutic targets like vitamin K and new imaging techniques that can be used to test the efficacy of novel agents and further inform our pathophysiological understanding.”

In an interview with NutritionInsight earlier this year, Eric Anderson, Senior Vice President of Global Marketing and Business Development at NattoPharma, underlined the company’s commitment to supporting research into the benefits of vitamin K. “When we look at vitamin K2 as menaquinone-7, we believe this is everything that is good about the natural products industry,” Anderson said. “Researchers discovered K2, and NattoPharma supported its substantiation.”

“We’re only supplying the active, menaquinone/vitamin K2; these studies are being paid for by traditional medical doctors who are treating diseased patients, and the only active is a vitamin,” Anderson said. “That’s what it really should be about: You have science, science leads to discovery, which in turn leads to an investment into proving that [an active] works as a dietary supplement.”

Taurine supplementation may improve the body’s antioxidant defenses and lower the risk of cardiovascular disease, diabetes and high blood pressure, according to a... Read More