You are in : All News > Unexpected epidemic: Vitamin D deficiencies in Europe’s sunniest countries alarm experts 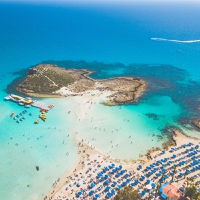 16 Sep 2022 --- Researchers have found that a majority of citizens in Cyprus and Greece are deficient in vitamin D. According to the study, there is a “higher-than-expected” number of people with hypovitaminosis D in Southern Europe.

Hypovitaminosis D – an insufficiency or deficiency of vitamin D – can affect men and women across the lifespan. This fat-soluble vitamin affects mineral metabolism and various other physiologic functions.

“It is alarming and surprising, the fact that vitamin D deficiency is so pronounced in these two sunny Mediterranean countries,” she explains. “Yet, their citizens do not seem to be aware of this.”

Cross-demographic concerns
The study included data on vitamin D levels of 2,594 Cypriot citizens and 8,780 Greek citizens in blood samples taken over five years. The results found that 69.3% of the Cypriot population and 72.7% of the Greek population were suffering from hypovitaminosis D regardless of age, gender or other socioeconomic factors.

Due to proper policy and awareness, there is less incidence of hypovitaminosis D in Northern Europe than its southern regions.“Vitamin D deficiency is prevalent in both countries at a rate of about 70% across all age groups and in both genders, and it is more pronounced in the winter and early spring months,” explains Xyda. “It is not clear yet as to why this occurs. This is potentially a result of a combination of factors.”

“Our lifestyle has changed. Our ancestors used to work for long hours in the sun – we do office work.”

“Nutrition has also changed – there is a shift to consuming more processed and low nutritional quality food,” underscores Xyda. “Additionally, there is the suggestion that this phenomenon could be due to a genetic predisposition, a vitamin D receptor polymorphism that initially protected the habitants of those sunny countries from toxic levels of vitamin D produced in the skin by the yearlong sun exposure. Of course, more studies are needed to investigate that.”

Deficiencies on the rise
The nutrient which is synthesized in the skin with the sun’s UV rays has been linked to reductions in the risks of autoimmune diseases, cancer, cardiovascular diseases and various infectious diseases. Globally, the number of people suffering from vitamin D deficiencies is increasing. Changes in lifestyles and work habits may explain the rise in vitamin D deficiencies.

A study of 1,800 people over 44 years of age conducted in Spain found a deficiency rate of 83%. A similar study in Italy found that around 36% of the population was deficient. These numbers also include pregnant women, which revealed a prevalence of 22% and up to 90% in some areas.

Vitamin D deficiencies in pregnant mothers have been linked to an increase in the incidence of croup and an increased possibility of developing eczema in infants.

“Contrary to popular belief, in Northern European countries and especially in Sweden, the prevalence of deficiency is possibly less than 1%, because of correct policies implemented by the local healthcare services and the fatty fish diet,” stresses Xyda.

“The results of this study have led to increased awareness of the necessity for public authorities to look into this matter and possibly prepare national health guidelines, targeted and focused on these populations’ needs,” she concludes.