You are in : All News > “Triple burden of nutrition” a cause for concern in Europe and Central Asia, FAO report finds

“Triple burden of nutrition” a cause for concern in Europe and Central Asia, FAO report finds

12 Dec 2018 --- More than 14 million adults and 4.7 million children in Europe and Central Asia (ECA) suffer from “severe food insecurity,” as highlighted in a report released this week by the UN Food and Agriculture Organization (FAO). The region has made good progress on eradicating hunger but continues to be thwarted by the persistence of the triple burden of malnutrition – overweight and obesity in combination with undernourishment and micronutrient deficiencies. Largely, populations suffering from undernutrition and micronutrient deficiencies are located in Central Asia and the Caucaus, while European countries are afflicited by overnutrition issues.

The level of the population affected by a severe degree of food insecurity is far lower than the global average – 9.2 percent – standing at about 2.1 percent.

However, obesity rates in the region are growing, with the report citing that this is a “serious cause for concern.”

Malnutrition, in general, is a significant obstacle to socioeconomic development in many countries due to its impact on the health of the population, learning ability and productivity. These deficiencies contribute to a cycle of malnutrition, reduced development prospects and poverty, often affecting already-disadvantaged groups.

“The report,  Regional Overview of Food Security and Nutrition: Europe and Central Asia 2018, shows that poverty and income inequality are highly related to the regional food insecurity and malnutrition in the region. This calls for poverty reduction measures and a better understanding of these inequalities and addressing these, in particular related to gender, age or for other disadvantaged groups.,” Ariella Glinni, FAO Senior Policy Officer and principal author of the report, tells NutritionInsight.

The report comes after the FAO and the International Food Policy Research Institute (IFPRI) launched a global conference aimed at accelerating efforts to achieve zero hunger worldwide. According to the latest report published jointly by FAO and four other UN agencies, about 820 million people on the planet are malnourished.

A range of approaches have been put forward regarding tackling food insecurity and malnutrition, for example innovation and business, as put forward by Kamel Chida, Deputy Director of Private Sector Partnerships at the Bill & Melinda Gates Foundation.

Malnutrition and undernutrition in children
The nature of undernutrition in children in the ECA region is “chronic,” finds the report, which could increase the risk of impaired cognitive ability and performance at school and work in the long term. The analysis of malnutrition was split into the three sections: Stunting, wasting and overweight.Click to EnlargeMalnutrition among children younger than five in selected ECA countries. Credit: N Food and Agriculture Organization (FAO)

Stunting: “While the prevalence of stunting, or low height for age, decreased in the ECA region during the past two decades, the prevalence remains at a medium level in several countries. There are still around two million children younger than five classified as stunting, mainly in the countries of Central Asia. Stunting strongly correlates with wasting, along with the underlying conditions of poverty.”

Wasting: “Wasting, or low weight for height, is a strong predictor of mortality among children younger than five. While wasting rates in the ECA region are considered low overall, according to the World Health Organization (WHO) classification, Tajikistan falls in the medium category. The estimated prevalence of wasting in ECA countries is well below the world average of 7.7 percent.”

Noticeably, the prevalence of overweight children is high or very high in countries that also have high rates of undernutrition. This suggests a need to focus on the underlying factors such as income levels, nutritional knowledge and practices and dietary patterns.

Other inadequate intake levels  were found for vitamin A, vitamin D, folic acid, iodine and calcium.

Certain deficiances, such as of iron, do also indicate pervasive gender inequalities in society, Glinni explains.

“[The data indicates that] women eat a lower quantity and variety of nutritious foods than their male counterparts, even though, at specific stages in the lifecycle, women require higher amount of micronutrients. This signals fundamental gender inequalities in societies, reflected in access to food as well as food utilization.”

“To ensure that all people, regardless of gender, have adequate food and nutrition, immediate measures are needed at various policy areas, including investment in gender-sensitive sustainable agriculture which supports diversification of production, income generation and healthy diet,” says Glinni.

To address the pressing global concern of micronutrient deficiencies, such as anemia which particularly affects women and children, the biofortification of crops has been put forward by industry and intergovernmental agencies such as the FAO as a viable and cost-effective strategy. Food fortification can be cost-efficient, but its implementation requires strong monitoring mechanism by responsible regulatory government bodies to ensure the products meet standards, explains Glinni.

Other food-based strategies such as national dietary guidelines, diversification of agricultural production and school food and nutrition programs are put forward by Glinni as also being important for addressing micronutrient deficiencies.

In findings seperate from the FAO's report and previously covered by NutritionInsight, the consumption of iron-biofortified pearl millet in India has been found to significantly improve cognitive abilities in adolescents, according to a study published in the Journal of Nutrition. 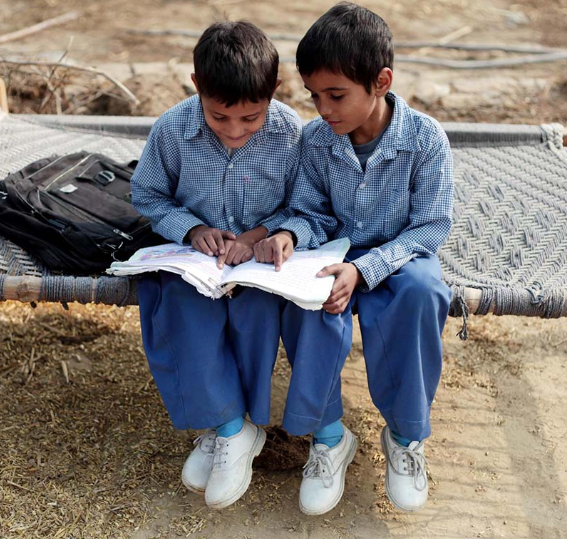 Click to EnlargeThe biofortification of crops could improve micronutrient deficiencies.Manufactured by HarvestPlus, the biofortified pearl millet used in the study was found to cause an improvement in attention and memory, potentially benefiting the adolescents by increasing social mobility through improved academic and professional performance.

“When eaten, biofortified crops can provide essential micronutrients to improve nutrition and public health. Biofortification was developed to target rural farming families with limited access to healthier foods or other interventions such as fortification and supplementation. It is a food-based approach that improves the nutrient value of the staple foods these families often depend on. It complements these other efforts,” Dr. Erick Boy, HarvestPlus’ Head of Nutrition, tells NutritionInsight.

In the ECA region, 52 percent of international migrants are women, compared to 48.4 percent globally. The “feminization of migration,” along with increasing youth migration, are emerging as clear trends in the region. This has important implications for social and family dynamics and for the vulnerability of children, the elderly and disabled groups.

Therefore, despite the many benefits that migration may bring, such as strengthening the economic well-being of young people through social mobility, the report notes concerns that rural areas have lost a significant share of their young and educated labor force, which may negatively affect agriculture and rural development if not adequately addressed and supported.

Food insecurity, poverty and unemployment, effects of climate change and the overuse of natural resources are all “push” factors for internal migration and urbanization. To better understand the drivers of migration, up-to-date information and monitoring of migration processes and their impact on rural livelihoods and food security are needed.

National policies as well as better quality, disaggregated data collection should serve to help understand who is most at risk from micronutrient deficiencies, obesity and the negative effects of societal changes such as migration. Understanding who exactly is being “left behind” will be key to achieving success and health.

06 Jul 2021 --- The ability to perceive savory flavors like fried meat and onions degrades with age more quickly than some fruity or vanilla flavors, according to research from the... Read More

15 Apr 2021 --- Arla Foods Ingredients is partnering with public and private sectors in Denmark and Ethiopia to transform papaya waste and dairy ingredients into nutritious,... Read More

26 Feb 2021 --- Better nutrition, production, environment and life could guide a holistic redesign of the world’s agri-food systems. Qu Dongyu, the director-general of the... Read More