You are in : All News > Tomatoes found to boost gut microbiome in pigs as researchers eye up human studies

09 Nov 2022 --- A study conducted by researchers at the Ohio State University, US, found that increasing dietary tomato consumption may increase the diversity of gut microbes. Published in Microbiology Spectrum, the two-week trial was conducted on young pigs, as their gastrointestinal tract is similar to the one of humans. Consuming a tomato-heavy diet showed the potential to modulate the gut microbiome.

“This was our first investigation into how tomato consumption might affect the microbiome. We characterized which microbes are present and how their relative abundance has changed with this tomato intervention,” says Jessica Cooperstone, senior author and assistant professor of horticulture, crop science, food science and technology at the Ohio State University.

“Overall dietary patterns have been associated with differences in microbiome composition, but food-specific effects haven’t been studied very much. Ultimately we’d like to identify in humans the role of these particular microorganisms and how they might contribute to potential health outcomes.”

Pigs and tomatoes
In Western diets, 22% of vegetable intake reportedly comes from tomatoes, and prior studies have shown tomato consumption to reduce the risk of several conditions, including cancer and cardiovascular disease, details the researchers.

Although the effect of tomatoes on the microbiome remains a “mystery,” the researchers argue that the similarity of the pig and human microbiome drives their interest in conducting further research. 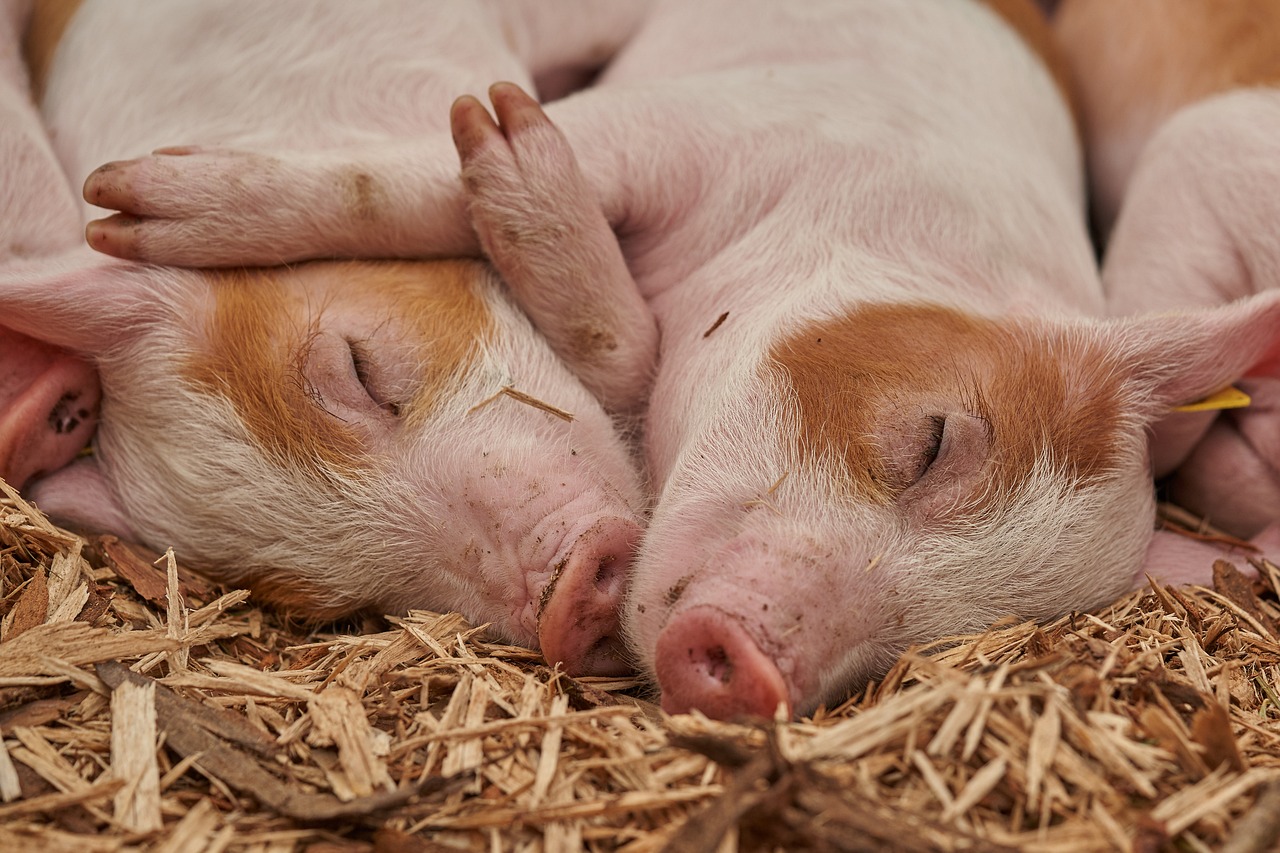 The researchers argue that the similarity of the pig and human microbiome shows the need for further research.

The experiment included 20 pigs, where ten received a standard diet and the other ten had diets consisting of 10% freeze-dried tomato powder. The types of tomatoes used are similar to the ones found in canned tomato products.

Both groups’ diets contained the same amount of protein, sugar, fat, fiber and calories. Microbial communities were measured three times through fecal samples of the pigs’ guts – at the start, seven and then 14 days after the study began.

To sequence all the microbial DNA in the samples, the researchers used a shotgun metagenomics technique. The results showed two changes in the microbiome of the tomato-consuming pigs. Microbe species diversity increased in their guts, and the concentration of the two bacteria in the microbiome got a better profile.

Human studies next
More specifically, according to the researchers, there was a higher ratio of phylum Bactoroidota (Bacteriodetes) compared to Bacillota (Firmicutes), which is associated with positive health outcomes. They point out that previous studies with a reversed ratio have shown a linkage with obesity.

“To understand the mechanisms, we need to do more of this kind of work in the long term with humans. We also want to understand the complex interplay such as how consuming these foods changes the composition of what microbes are present, and functionally what they do,” Cooperstone underscores.

“A better understanding could lead to more evidence-based dietary recommendations for long-term health.”

The overall interest and demand for products benefiting the microbiome have spiked in recent years, primarily due to its immune-boosting qualities and growing awareness that mental health is also affected through the gut-brain axis.