You are in : All News > Tomato engineered to be rich in L-DOPA offers cheap avenue for global production 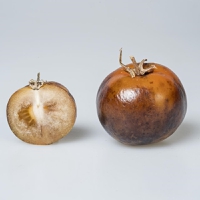 14 Dec 2020 --- UK scientists have created a tomato enriched with L-DOPA, an amino acid with uses as both a supplement and a drug for Parkinson’s disease. The team – based at the John Innes Centre – flags that this could offer a new, affordable source of the molecule.

“The major therapeutic use of L-DOPA is the increase of dopamine levels in patients with Parkinson’s disease. However, L-DOPA also increases the levels of testosterone and, therefore, has a positive effect on sexual functions and libido in men,” Dr. Eugenio Butelli, a postdoctoral scientist at the John Innes Centre, tells NutritionInsight.

It is also used as a dietary supplement by bodybuilders and athletes and can contribute to weight reduction as well as improving sleep quality and cognitive functions, he notes.

“We want to use our technology for real benefits, not just as a proof of concept. L-DOPA was our compound of choice because its biosynthesis in plants is relatively simple. L-DOPA is the only treatment available for Parkinson’s disease, and its usefulness gave us additional motivation and inspiration.”

According to the researchers, L-DOPA’s market value is in the hundreds of billions of US dollars. The most common form of the drug is produced by chemical synthesis and costs around US$2 per day. The researchers have previously developed tomatoes with very high levels of resveratrol and isoflavones.

Commercialization afoot
The researchers now aim to create a production pipeline where L-DOPA is extracted from the tomatoes and purified into the pharmaceutical product.

“Our vision is to improve the lives of Parkinson’s patients in developing countries, where access to medicines remains problematic. We also want to help local rural communities that could benefit from growing tomatoes and extract valuable compounds from them using low-tech procedures.”

The researchers have already developed tomatoes with very high levels of resveratrol and isoflavones, both of which are widely used as pharmaceutical and nutraceutical compounds.

“Their levels in our engineered tomatoes are dramatically higher than in conventional sources,” says Butelli.

Harnessing gene insertion
L-DOPA is produced from tyrosine, an amino acid found in many foods. The researchers found they could insert a gene encoding tyrosinase, an enzyme that uses tyrosine to build molecules such as L-DOPA.

This elevated the level of L-DOPA specifically in the fruit part of the plant and led to higher yields than those associated with L-DOPA production in the whole plant.

Each kilogram of tomatoes can produce 150 mg of L-DOPA – a level comparable with those observed in other L-DOPA accumulating plants but without some of the known drawbacks that have hampered plant metabolic production of the drug previously.

“The technology is transferable to other crops, but the tomato is a great choice as a bio-factory. It is productive and easy to grow, and we have many tools and resources available to modify its metabolism,” explains Butelli. L-DOPA tomatoes will likely be able to be scaled up relatively cheaply and dispensed locally.

Tomato as the ideal crop
Furthermore, tomatoes contain natural compounds that can increase bioavailability and inhibit the degradation of L-DOPA. “Quercetin is particularly promising; it is present in regular tomatoes, and we have increased its content considerably with our technology,” notes Butelli.

It is also easy to extract useful compounds from tomato fruit in large amounts and without the use of solvents and chemicals.

In the pilot extraction process, L-DOPA is obtained from tomato juice, but the solid remains (skin, pulp, seeds) contain other useful compounds such as carotenoids and carbohydrates.

Tomato is the major source of health-protecting lycopene, and there are well-established procedures for the extraction of this compound from tomato processing waste, explains Butelli.

As a complementary approach, the team is also working on beetroot, which gives them the option to generate L-DOPA plants that will not be regarded as genetically modified.

Fine-tuning the process
Before these tomatoes are fully commercialized, the team must first make some considerations.

“Unlike resveratrol and isoflavones, I think that the levels of L-DOPA we have engineered so far are still too low to make our technology competitive against chemical synthesis,” says Butelli.

“We are now trying to increase these levels further, blocking the activity of competing genes. We also need to transfer our simple extraction process from the lab to a small industrial scale.”

Additionally, the scientists note that the tomatoes must be processed before yielding pharmaceutical benefits. Notably, precise individualized dosing of L-DOPA is crucial in the treatment of Parkinson’s disease.

“This level of dose accuracy is not achievable in natural sources, and we do not recommend the consumption of L-DOPA tomatoes as an unprocessed functional food.”

Last year, researchers investigated how the microbiome can interfere with L-DOPA’s intended path through the body.

This is also not the first time that researchers have turned to genetic modification to address nutritional challenges. In October, scientists showed how cow muscle cells can be engineered to produce beta-carotene, which the human body can then usually convert into vitamin A.

In its latest partnership, deep tech business Eagle Genomics is teaming up with the UK-based Quadram Institute to investigate the microbiome and its role in diet and... Read More

John Innes Centre researchers are seeking consent to conduct a field trial of genetically modified (GM) wheat based on the TaVIT2 gene, which encodes an iron transporter... Read More

Men open up to cosmeceuticals as consumers demand clinical backing

The development of technology, changing trends and the pandemic are all having a notable impact on the cosmeceutical space. NutritionInsight speaks to experts from... Read More