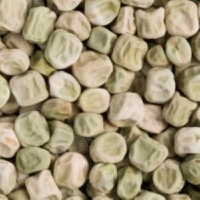 27 Oct 2020 --- Researchers are exploring the possibility of fighting Type 2 diabetes (T2D) with a “super pea” containing high levels of starch. A study recently published in the journal Nature Food flags that wrinkled green peas, which are larger and more mature than standard variants, are a good way to control consumers’ blood sugar levels. Leaders of study are hoping to attract industry investment and funding for further research.

Control of blood sugar levels is possible due to the high levels of resistant starch found in the peas, which slows blood sugar release after meals. Sugar spikes, where blood sugar rises sharply after eating, create a significant risk for T2D. Using ingredients that can lower risk might answer diabetes issues in the face of failing efforts to encourage better dietary habits, say the researchers.

“Despite national campaigns to promote healthy eating, T2D diagnosis rates continue to rise. An alternative dietary strategy to maintain normal blood glucose rates among the population is to improve the composition of commonly consumed foods,” says Dr. Katerina Petropoulou, first author of the research from the Centre for Translational and Nutrition Food Research at Imperial College London.

“There is much evidence that diets rich in a type of carbohydrate called resistant starch have a positive impact on controlling blood glucose levels, and hence reduce susceptibility to T2D.” 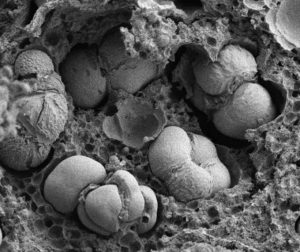 Click to EnlargeEating peas high in resistant starch could reduce diabetes risk. ng efficacy of wrinkly peas
The research was conducted in the UK at Imperial College London, The John Innes Centre, Quadram Institute Bioscience and the University of Glasgow.

Four separate trials sought to determine the efficacy of wrinkly peas reducing sugar spikes. Participants were given food mixed with flour derived from wrinkly peas and normal green peas over varying amounts of time to detect digestion differences. Researchers also added a tracer molecule to the peas to track how it was absorbed and digested by the human gastrointestinal tract.

Further tests using a mimic of the human gut, carried out by researchers at Quadram Institute Bioscience, showed that the way the peas were prepared and cooked affects how quickly they can be digested.

Further tests needed
Following the results of these trials, researchers are preparing to experiment with people with T2D and a “pea breeding” program to produce large quantities of the wrinkly pea used in the trials.

Professor Claire Domoney of the John Innes Centre in Norfolk says: “This research has emphasized the value of making these pea lines which involve many years of work to develop.”

Other research is also aiming to breed high content of resistant starch into other staple crops like rice and wheat, which could make its benefits more readily available in foods with high carbohydrate content.

The results of the trials were met with skepticism by other researchers, however. Professor Tom Sanders of King’s College London, notes: “The university press release claims that adding wrinkled peas to foods could reduce diabetes risk. No evidence from randomized controlled trials [shows] lowering postprandial blood sugar reduces the risk of developing T2D.”

“Furthermore, this study used more peas than are likely to be consumed regularly. Obesity and a lack of physical activity are the main preventable and reversible causes of T2D.”

In conclusion, adding wrinkled peas or pea flour to other foods is unlikely to have any impact on the risk of diabetes, he notes.

Tea, coffee and T2D
Other recent research has produced evidence that consuming coffee, tea and potatoes in some situations could benefit sufferers of T2D.

A study published in BMJ Open Diabetes Research and Care showed that drinking four or more daily cups of green tea plus two or more of coffee was associated with a 63 percent lower risk of death over a period of around five years.

26 Jul 2021 --- The University of Glasgow has landed £1 million (US$1.38 million) for research on weight loss treatment for long COVID-19 from the UK National Institute for... Read More

09 Jun 2021 --- As the COVID-19 pandemic continues to severely impact many regions of the world, suppliers highlight that clinical nutrition is more important than ever... Read More