You are in : All News > Researchers flag potential of underutilized bioactives in malt sidestreams 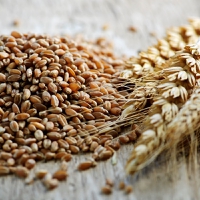 19 Mar 2021 --- Nutritious germinated grains or “rootlets” produced during malting are not being used to their full potential, according to a new study from the University of Eastern Finland.

Researchers have identified 285 different bioactive phytochemicals in the sidestream produced from processing cereals into malt, especially in the rootlets.

“The health effects of phytochemicals are a hot topic among scientists because their mechanisms are largely unknown,” says Ville Koistinen, postdoctoral researcher and the lead author of the article from the University of Eastern Finland.

“However, we have increasing evidence that the protective effect of plant-based foods against several diseases is at least partly attributable to the phytochemicals contained within them,” he says.

Extracting nutrition from sidestreams
The sidestream is currently used for animal feed, but the researchers write that the high-protein and phytochemical composition make it a potential source for the human food and nutrition industry.

It has been estimated that the protein contained in the sidestream products of malting could fulfill the annual protein need for five million people.

Many phytochemicals have been shown to work as antioxidants and to have other potential beneficial health effects.

Click to EnlargeRootlets are a sidestream of the beer brewing industry.Application in the industry
While results look promising for harnessing these bioactives, Koistinen explains that there are certain limitations to incorporating them into consumer goods.

“The biggest challenge in utilizing the sidestream products of malting in foods is their taste and other sensory properties, which may not be acceptable as such.”

“They would likely require further food processing, such as fermentation, so that they could be used to increase the nutritional value of white bread, for example,” he says.

The study lead also notes that the effects of these phytochemicals can only be obtained by eating plants, not from pills or supplements containing individual compounds.

Given their highly nutritious potential, there is a need for further research into the use of the sidestream products of malting as food supplements, write the researchers.

Samples were taken during several steps of the malting process, such as from malted grains, wort and water extract, as well as from rootlets and spent grain, the sidestream products of the processing.

The germination occurring in the beginning of malting increased the levels of several phytochemicals compared to the unprocessed grains.

Germination also produced compounds that were not abundantly present in the original grains.

The quest for more protein
Industry continues to search for new sustainable sources of protein to meet a growing world population’s demands.

Industry is also turning to microalgae as a sustainable protein and antioxidant source, with new innovation in processing to make it dispersable in beverages.

26 May 2021 --- Blue California’s dihydroquercetin (DHQ) is now deemed Generally Recognized As Safe (GRAS) in a range of foods and beverages following a letter of no... Read More