You are in : All News > Research Digest: Malaria “mystery,” gut funghi and DNA-tested cranberries 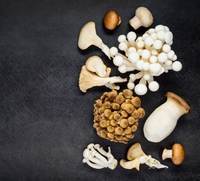 30 Mar 2018 --- The weekly NutritionInsight research digest reports on the so-called “mystery” relationship between malaria and iron, supplying a possible answer as to why iron deficiencies can sometimes provide malaria protection, whilst iron supplementation seemed to enhance it. Further, in health, researchers studied instances of fungi in the human gut, concluding that most fungi is consumed via the mouth, and exits the body by natural means eventually. Lastly, steps are being taken to ensure the authenticity and safety of botanical healthcare products by Fruit d’Or nutraceuticals. We report this amid stories that frauds and fakes have been on the market, advertising health claims that were unfounded and mislead consumers.

Malaria "mystery": Malaria parasites may feed on iron as a food source
The role of ferroportin in the body is thought to be a possible explanation for the perceived effect of iron on malaria, researchers at the National Institutes of Health claim. It was a "mystery" as to why iron supplements sometimes worsened the disease and how iron deficiencies appeared to be protective in some cases.

Extra iron is believed to interfere with ferroportin, a protein that prevents the toxic buildup of iron in red blood cells. This helps to protect cells against malaria infection as malaria parasites consume iron as a food source. In fact, researchers found that a mutant form of the protein appears to protect humans against malaria in African populations. In Ghana, it was found that of children hospitalized for malaria, 20 percent had the mutation and these children tended to have fewer malarial parasites in their blood, and shorter fever period. This raises the possibility that Q248H reduces the iron available in the blood, therefore reducing the malaria parasite's food source.

In studies of mice, it was found that the absence of ferroportin in red blood cells caused iron to accumulate to toxic levels, which in turn, stressed the cells and shortened their lifespan. In addition, the team found that mice lacking ferroportin had more parasites and worse outcomes when infected with malaria, compared to infected mice with intact ferroportin.

Funghi won't grow in your gut
Researchers have found that fungi found in the guts of healthy adults are largely transient and they stem from the mouth or recently consumed foods. The research, published in mSphere, suggests that people’s immune systems are strong enough to prevent the growth of the funghi.

Researchers state that understanding normal fungal colonization is essential for the treatment of immunocompromised individuals who may suffer from fungal pathogensis, as fungi are found at increased abundance in multiple disorders of the GI tract. A range of studies were conducted which varied diet to see the correlation between food r intake and fungi level. It was found, for example, that when participants brushed their teeth after every meal, 10- to 100-fold less C. albicans fungi was found in the stool, indicating that a large portion of the fungi that was found in the stool derived from the mouth.

CranClick to Enlargeberries worth their weight in nutrition
Fruit d ‘Or Nutraceuticals adds to protocols that aid avoiding adulteration and help to ensure the purity and efficacy of its cranberry ingredients, as it becomes a TRU ID certified partner. TRU ID certification demonstrates to the industry that Fruit d’Or is using DNA biotechnology testing, which helps to prove the authenticity of premium ingredients, as well as their contamination free status from the start to end product.

This is a breakthrough that will earn the dietary supplement industry more credibility, states Stephen Lukawski, director of global sales and product developed at Fruit d’Or. The process of doing clinical research without taking steps to validate and standardize the starting material should be the norm in the botanical healthcare community, he adds. “Botanical ingredients should be tested by companies before manufacturing, tested again after production, and then the finished product would be randomly pulled off the shelves to be tested again and that it contains the materials clinically researched and validated for their efficacy,” says Lukawski. The Fruit d’Or ingredients now undergo a host of analysis’ including anti-adhesion testing, analysis of biomarkers, detection of adulteration and DNA barcoding.

03 Jun 2020 --- The American Society for Nutrition (ASN) is using its virtual conference Nutrition Live Online 2020, held from June 1 to 4, as a platform to address critical topics... Read More

28 May 2020 --- Precision nutrition is set to be the guiding force in a new strategic plan from The National Institutes of Health (NIH), part of the US Department of Health and... Read More

“Longevity breakthrough of the century”: Jellyfish collagen investigated for cognition

27 May 2020 --- Edible jellyfish collagen peptides are being studied for their potential in improving cognitive functions. Princeton Consumer Research has partnered with Certified... Read More