You are in : All News > Just one high-fat meal can set the perfect stage for heart disease, research shows 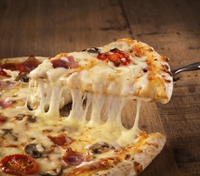 30 Mar 2018 --- Just one high-fat milkshake can change healthy red blood cells into small, spiky cells that help set the perfect stage for cardiovascular disease, scientists report. Just four hours after consuming a milkshake made with whole milk, heavy whipping cream and ice cream, healthy young men had blood vessels less able to relax and an immune response similar to one provoked by an infection, the team of Medical College of Georgia scientists report in the journal Laboratory Investigation.

While the dramatic, unhealthy shift was likely temporary in these healthy individuals, the scientists say there is a definite cumulative toll from this type of eating, and that their study could help explain isolated reports of death and/or heart attack right after eating a super-high fat meal.

“The take-home message is that your body can usually handle this if you don't do it again at the next meal and the next and the next,” says Dr. Julia E. Brittain, vascular biologist at the MCG Vascular Biology Center and a corresponding author of the study.

Dr. Neal L. Weintraub, cardiologist and associate director of MCG's Vascular Biology Center, also a corresponding author, has patients with cardiovascular disease who continue to eat a high-fat diet and he definitely asks them to think twice: “Is this food worth your life?”

While none of the scientists recommend going overboard on calories and sugar either, the healthy males in the study who instead consumed a meal with the same number of calories but no fat – three big bowls of sugar-coated flakes with no-fat milk – did not experience the same harmful changes to their blood, red blood cells and blood vessels.

“You are looking at what one, high-fat meal does to blood-vessel health,” says Dr. Ryan A. Harris, clinical exercise and vascular physiologist at MCG's Georgia Prevention Institute and study co-author.

Their study in 10 young men was the first to look specifically at red blood cells, the most abundant cell in our blood. Red cells are best known for carrying oxygen and are incredibly flexible so they flow through blood vessels essentially unnoticed, Brittain says. But with a single high-fat meal, they essentially grow spikes and spew poison.

“They changed size, they changed shape, they got smaller,” Harris says of the rapid changes to the form and function of red blood cells.

In both the cells and blood, there was evidence of myeloperoxidase, or MPO, an enzyme expressed by a type of white blood cell which, at high levels in the blood, has been linked to stiff blood vessels, oxidative stress and heart attack in humans.

MPO is associated with impaired ability of blood vessels to dilate, even oxidation of HDL cholesterol, which converts this usually cardioprotective cholesterol into a contributor to cardiovascular disease. When taken up by a diseased artery, it can even help destabilize plaque buildup, which can result in a stroke or heart attack.

When they used flow cytometry to examine the red blood cells, they found an increase in reactive oxygen species, a natural byproduct of oxygen use that is destructive at high levels. One effect of their elevated level is permanently changing the function of proteins, including the one that helps red blood cells maintain their normal negative charge.

MPO also impacts the cytoskeleton, the physical infrastructure of the usually plump red cells so they can't function and flex as well, says Tyler W. Benson, a doctoral student in The Graduate School at Augusta University and the paper's first author.

“Again, your red blood cells are normally nice and smooth and beautiful and the cells, after consumption of a high-fat meal, get these spikes on them,” says Brittain. Much like huge ice chunks do to a river, these physical changes affect how blood flows, she says.

Bad changes occur quickly in these cells, which are "exquisitely sensitive" to their environment, Brittain says.

There were changes in white blood cells, called monocytes, which got fat themselves trying to take up the excessive fat. Their earlier studies have shown these so-called foamy monocytes promote inflammation and show up in atherosclerotic plaque. Monocytes more typically travel the circulation looking for red blood cells that need elimination, because they are old and/or diseased.

At least in mice studies and in some of Brittain's other human studies, the unhealthy changes also resolve quickly, at about eight hours, unless the high-fat feasts continue. The investigators note they only tested their participants after four hours, which is about how long it takes food to digest.

Studies to measure longer-term impact on humans would be problematic primarily because you would not want to subject healthy young individuals to the risk, Weintraub notes.