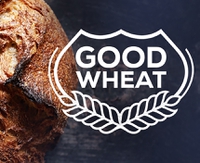 25 Apr 2018 --- Arcadia Biosciences, an agricultural food ingredient company, has announced the addition of its new reduced gluten (RG) wheat lines to its GoodWheat portfolio of branded ingredients. The company's CEO tells NutritionInsight that although the gluten-free food market is estimated to grow to US$7.59 billion by 2020 in the US, only about 1 percent of the population suffers from celiac disease, which necessitates a gluten-free diet. There is a much larger number of people who choose to eat gluten-free products but do not have gluten-related medical conditions: These consumers report feeling better by consuming less gluten, pointing to the huge market potential of reduced gluten products.

“Wheat is an important part of the diet certainly in the US, but also in most parts of the world. In recent years, given the consumer’s focus on more health and nutrition and the growing demand for products that are better for health and are clean label, there hasn’t been a lot of activity in wheat. Despite that about 25 percent of our daily calories coming from wheat products, whether that be bread, pasta or crackers, wheat has not seen a lot of innovation in recent years,” Raj Ketkar, President and CEO of Arcadia Biosciences, tells NutritionInsight.

Arcadia Biosciences is seeking to bring change to that situation. “We have been working for several years on ways to improve the quality of wheat from a nutrition standpoint, through our non-GM tilling process, which is a breeding process we developed several traits that are now maturing and getting closer to market ready,” he says.

Arcadia’s reduced gluten wheat, developed through research funded in part by a grant from the US National Institutes of Health’s Diabetes and Digestive and Kidney Disorders Institute, is the second product to be added to Arcadia’s recently announced GoodWheat branded ingredients platform, along with its high fiber Resistant Starch (RS) wheat lines.

The goal of the GoodWheat brand is to add value to the entire wheat supply chain, from seed to table, by enabling a wider range of choices to meet evolving consumer demands.

Arcadia developed RG GoodWheat for people who enjoy the taste, texture and nutritional benefits of wheat in the foods they love and, at the same time, would like to reduce gluten in their diets.

“We have reached some important technical milestones, both for our resistant starch wheat, our high-fiber wheat and our reduced gluten wheat. Our first move was to brand these ingredients under the GoodWheat name,” Ketkar says.“GoodWheat is an umbrella brand, [including] high fiber GoodWheat, extended shelf life GoodWheat, reduced gluten GoodWheat. We will be adding other traits in the future.”

Arcadia’s RG product is a non-GM, patent-pending, identity preserved specialty wheat in which allergenic glutens have been reduced by 75 percent and overall gluten content has been reduced by 60 percent. At the same time, the levels of glutens important for bread-making are not changed.

“We use a mutagenesis based breeding process which is considered a non-GMO (process), you create multiple lines of wheat through this mutagenesis process and we identify the mutation in the wheat that is known to confer certain characteristics like high fiber or high amylose, or reducing the amount of allergenic gluten.”

“Once we identify those genes in the wheat, we are able to breed it into commercial varieties, using traditional breeding techniques, to produce wheat containing those traits [such as low gluten].”

Arcadia expects to have its first RG GoodWheat branded bread wheat flour available to test milling and baking ability in late 2018, with a projected launch for pre-commercial activities approximately 12 months later, with finished products containing the ingredient likely to be launched in the coming 12-18 months. Development work is also ongoing as Arcadia conducts studies into reducing allergenic gluten levels in pasta wheat.

Technical challenges
“The technical challenges were significant,” Ketkar says. “When we first start we create multiple lines of wheat, and then we go mine all that data and search through all these thousands of lines looking for those specific lines that would have those characteristics.”

“It takes several years to identify those genes, then breed out the mutations you don’t want, and then you breed the desired traits into a commercial line. It does take five to seven from discovery to commercialization,” he continues.

Speaking on future innovations within Arcadia Biosciences' GoodWheat line, Ketkar says: “We have added a new tool in gene editing to our toolbox. In addition to tilling, we can use a gene editing using CRISPR-Cas 9 that we licensed from MIT [Massachusetts Institute of Technology] last year. We are now using that to speed up our process because with gene editing, once you know which genes you want to edit, you can do that directly in commercial varieties of seeds.”

Arcadia Biosciences to commercialize GoodWheat technology in China and Israel

07 Aug 2020 --- Arcadia Biosciences is set to collaborate with Corner Foods, an affiliate of Corner Capital Group, to bring the former’s GoodWheat portfolio of specialty... Read More

06 Sep 2019 --- In nutrition news this week, DSM celebrated its 150th anniversary of biotechnology expertise in Delft, the Netherlands. A cohort study from the UK showed that while... Read More

19 Jul 2019 --- In nutrition news this week, SternLife is going organic, with an array of natural ingredients being offered to market. Gnosis Bioresearch S.A. obtained a Schouten... Read More