You are in : All News > Probi’s largest clinical trial confirms the immune enhancing impact of Defendum probiotic 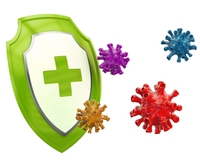 07 Feb 2018 --- Probi's largest clinical trial ever, focused on probiotic immune health, has confirmed a strong clinical immune enhancing effect of Probi Defendum. According to the company, the study proves that Probi Defendum helps protect against recurrent colds and sheds some light on the mechanism of action behind the effect.

Probi Defendum is a probiotic immune concept based on the combination of Probi’s patented probiotic strains, Lactobacillus plantarum HEAL9 and Lactobacillus paracasei 8700:2. The new clinical study included 900 participants over three winter seasons. Probi Defendum was given once daily for 12 weeks and common colds were used as a model to examine effects on the immune system.

The results of the study show that Probi Defendum significantly decreases recurrent common colds. Also, in subjects not experiencing a common cold, activation of the immune system was apparent already after two weeks of intake of Probi Defendum.

Moreover, there was a reduced overall severity of common cold symptoms with Probi Defendum compared to placebo during the first season.

“We are proud to conclude that our largest clinical trial so far has successfully confirmed earlier clinical results. Interestingly, in subjects that did not experience any viral infection during the study period, there was an activation of the immune system measured already after two weeks of Probi Defendum intake, indicating an alert and resilient immune system,” says Peter Nählstedt, CEO of Probi AB.
Immune health is the second largest health area for probiotics and Probi Defendum is presently sold in several geographical markets.

Probi reports that the new clinical data will strengthen the Probi Defendum concept even further and support existing products in the consumer market. It will also create opportunities for new launches by new and existing customers aiming to extend a probiotic gastro position into new health areas, both within the Consumer Healthcare and the Functional Food segment.