You are in : All News > Plastic health crisis: NTNU links toxic chemicals in everyday products to global obesity

26 Jan 2022 --- Toxic substances found in plastic consumer products can have “severe consequences” for human obesity levels. This is according to a study by the Norwegian University of Science and Technology (NTNU), which revealed chemicals commonly used in plastics products can negatively impact human metabolism.

The NTNU researchers found chemicals from one-third of the plastic products investigated in the study were found to contribute to fat cell development in laboratory experiments.

For a long time, experts believed that most chemicals in plastics would not leach from the product. However, the new research demonstrates that plastic products leach a large number of chemicals under real-world conditions, thus enabling them to enter the body.

“From my experience, the plastic industry is very reluctant to acknowledge that there is a problem with toxic chemicals in their products,” Martin Wagner, biologist and professor for environmental toxicology at NTNU, tells PackagingInsights.

“This [lack of acknowledgement] is unfortunate because there is an immense room for innovating safer materials that will be beneficial for public health.”

Everyday concerns
The research group at NTNU’s Department of Biology looked at 34 different plastic products to identify which chemicals they contained.

The researchers found over 55,000 different chemical components in these products and 629 substances. Eleven of these chemicals are known to interfere with human metabolism, called metabolism-disrupting chemicals.

Not the usual suspects
The NTNU researchers explain that the substances found in plastic products reprogram precursor cells to become fat cells, which proliferate and accumulate more fat.

Johannes Voelker, first author of the study, says: “It’s very likely that it is not the usual suspects, such as Bisphenol A [commonly known as BPA] causing these metabolic disturbances. This [discovery] means that plastic chemicals other than the ones we already know could be contributing to overweight and obesity issues.”

Industry and policy advice
Wagner argues that the plastics packaging industry should work toward developing materials free of toxic chemicals, based on the study results.

“One way to achieve this is to make plastics chemically more simple – that is, design products that do not contain thousands of mostly unknown chemicals.”

Furthermore, he highlights developing materials that only contain few, well-characterized chemicals would benefit public health and also our vision of a circular economy. “The latter is because we currently risk accumulating more and more toxins when (re)cycling plastics,” he says.

“Policymakers should support such innovation, for instance, by updating the decade-old regulation for chemicals used in plastics.” 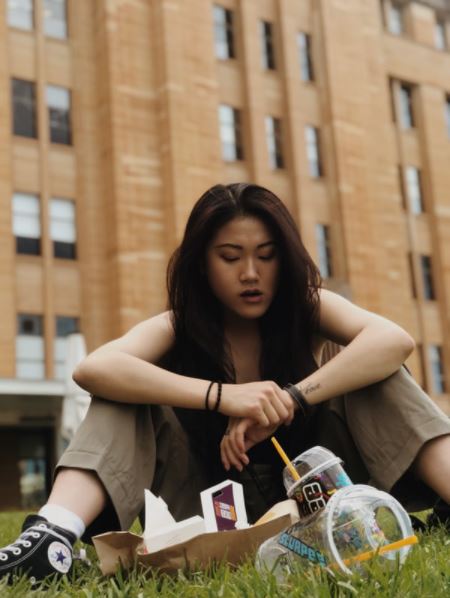 Chemicals found in plastic were found to harm human metabolism, accelerating global obesity.“We know that in the EU more than 2,000 chemicals can be used in plastics that are classified as hazardous in other parts of the European regulations. Getting rid of these known toxic chemicals should be the first step.”

Global obesity concerns
The researchers highlight that overweight and obesity issues contribute to some of the most common causes of death in the world, such as cardiovascular disease and cancer.

The reasons for this trend are “complex,” say the researchers, but plastic chemicals may well be a factor that has not been previously considered. These chemicals include phthalates and bisphenols, but the new study shows that there are many more substances that trigger problematic effects.

Future research
In future research, the NTNU team will focus on identifying the chemicals causing the toxicity observed throughout the studies.

“This will help governments and the industry to promote the production of plastics that do not contain toxic chemicals,” says Wagner.

“Also, we want to better understand the molecular mechanisms by which plastic chemicals disrupt the metabolism – this is important to understanding their potential health effects.”

Previous research has found that some plastics contain endocrine-disrupting chemicals that may cause COVID-19 vulnerability and decreased fertility.

Online Weight-Loss Groups Can Be Beneficial

Researchers looking into how forums and online communities help people to lose weight have discovered that “being very active” in such groups can be very... Read More

Calcium Supplement Benefits May Be Outweighed by Cardiovascular Risks

Taking calcium and vitamin D can help prevent broken bones in older women. However, this benefit may be canceled out by an increased risk of heart attack and stroke.