You are in : All News > Pinpointing cancer causes: Project uncovers 99 percent of cancer genome 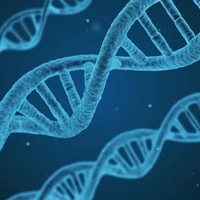 06 Feb 2020 --- Coming on the heels of World Cancer Day, a collaboration including over 1,300 scientists and clinicians from 37 countries has uncovered an “unprecedented” amount of new insights into the disease. While previous studies had focused on the 1 percent of the cancer genome that codes for proteins, the Pan-Cancer Analysis of Whole Genomes Project (PCAWG) has investigated the remaining 99 percent, including key regions that control switching genes on and off. This is a newfound pathway for discovering the causes of previously unexplained cancers, pinpoints cancer-causing events and focuses on mechanisms of development. These breakthroughs will enable more personalized care for cancer patients at a time when tailored attention is needed across nutraceutical and pharmaceutical sectors alike.

“Since every person is exposed to multiple sources of mutations throughout their lives, we need to use mathematical techniques to identify which mutations come from a particular biological source. Having such a large dataset enabled us to map out these signatures with much greater precision,” says Jaegil Kim, a co-first author of one of the 23 papers on the topic published in Nature and its affiliated journals.

As part of a team at the Broad Institute, US, Kim examined the molecular processes that cause cancer mutations, including those that damage DNA and others that, when broken, fail to repair DNA properly. The researchers used mathematical models to analyze millions of mutations in thousands of cancer genomes to search for patterns of cancer mutations. This enables the identification of the molecular events that caused these mutations.

Ultimately, PCAWG will enable more personalized medicine in the future after clinical whole-genome sequencing of a patient’s cancer becomes more widely adopted. The Wellcome Sanger Institute, which contributed to the project, expects that this will enable an accurate diagnosis of tumor type, better prediction of clinical outcome, and choice of the optimal treatment for the patient.

Additionally, Harvard University – another key player in the project – argues that the studies are another step toward building a comprehensive list of cancer-causing mutations that oncologists could one day use to pinpoint the cause of a patient’s cancer. 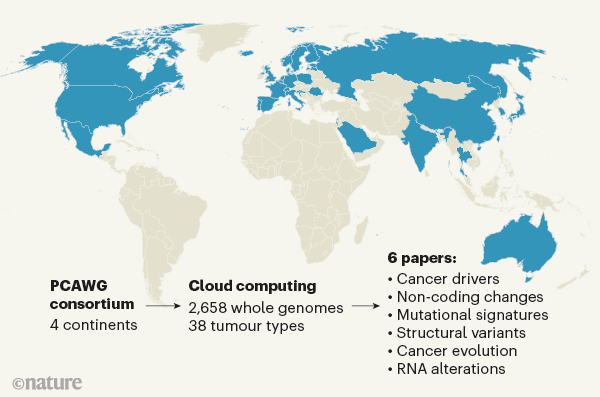 Click to EnlargePCAWG analyzed over 2,600 genomes of 38 different tumor types.Personalized care has become a staple trend and the nutrition industry is increasingly investing in tailored platforms. Recently, Nestlé Health Science (NHSc) expanded into personalized nutrition with the acquisition of Persona, a personalized vitamin business. Moreover, Atrium Innovations, an NHSc company, acquired technology-based functional medicine platform LivingMatrix in a bid to further bolster its position in the personalized nutrition space.

In another example of the mainstreaming of personalization, US-based company Baze received approval from the US Food and Drug Administration (FDA) for its at-home blood collection process, which allows customers to assess their blood nutrient status.

Other key findings include:

Nutritional links to cancerClick to EnlargeVitamin D has been connected to positive cancer outcomes.
In discussing the causes of cancer, it is critical to acknowledge the role that nutrition can play. “We know that around 40 percent of cancers could be prevented if everyone had a healthier lifestyle, which includes eating a healthy diet, maintaining a healthy weight and not smoking. The research on nutrition and cancer survival is still in its infancy, but there is some evidence to suggest that good nutrition can improve the quality of life of people during and after cancer treatment,” Kate Oldridge-Turner, Head of Policy & Public Affairs at World Cancer Research Fund International, previously told NutritionInsight.

To mark World Cancer Day last Tuesday, the World Health Organization (WHO) and the International Agency for Research on Cancer (IARC) released two reports examining how the consumption of food and the fight against cancer interact. According to the WHO, obesity is already responsible for 6 percent of cases of breast cancer, 8 percent of colon cancer and 34 percent of corpus uteri. Additionally, its contribution will increase drastically over the next two decades with increasing obesity rates.

Other dietary aspects have also been linked to cancer, including acrylamide, which forms when starches brown during high-temperature cooking. While acrylamide’s effects on humans are unclear, the chemical has been found to have carcinogenic potency in rat studies. This has led organizations, including the European Food Safety Authority (EFSA) and the UK Food Standards Agency (FSA), to warn of the potential risk of consumption.