You are in : All News > Phytonutrient supplement shown to help prevent exercise-related muscle damage

25 Sep 2018 --- Consuming a supplement rich in carotenoids can help reduce muscle damage associated with exercise, specifically running, a clinical study funded by wellness company Lycored has shown. According to the researchers involved in the study, these initial results open the door for additional studies to explore further the role of carotenoids and tomato phytonutrients in complementing an active lifestyle and allowing people to optimize the benefits of exercise. The results of the study have been published in the peer-reviewed scientific periodical, International Journal of Sports Nutrition and Exercise Metabolism.

The clinical study investigated the effects of a tomato-based supplement that mimics the natural composition of the entire tomato by combining the oil and water-soluble fractions of the tomato. The supplement used in the study was rich in carotenoids such as lycopene, phytoene and phytofluene (T-LPP) as well as other ingredients, and is rounded by the presence of Rosemary extract and folic acid. 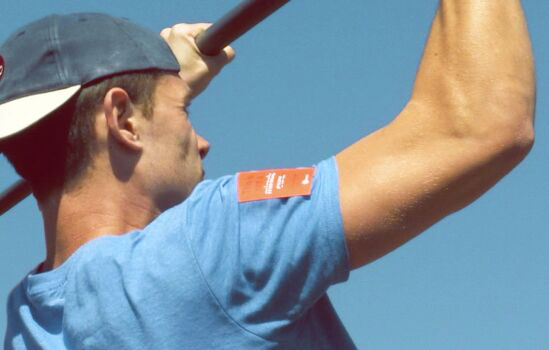 Click to EnlargeAccording to the researchers at Appalachian State University’s Human Performance Lab in North Carolina, who conducted the study, the findings highlight how consuming a T-LPP supplement results in a significant increase in the plasma levels of the carotenoids contained within the supplement, and revealed less post-exercise increase in the acute muscle damage biomarker, serum myoglobin, than in the placebo group.

The concept was tested in a double-blind, randomized, placebo-controlled crossover study and involved 20 male and female runners (ages 22-45 years) who regularly compete in long-distance road races and were capable of running for two hours on treadmills at around 65-70 percent of their maximum velocity.

The study was conducted over a 10-week period that included two four-week supplementation periods, a two-week washout period (after which participants crossed over to the opposite treatment, and repeated all procedures), two exercise sessions and 12 blood samples.

Measurements of participants’ blood samples and delayed-onset of muscle soreness (DOMS) ratings were taken pre- and post-four-weeks of supplementation, immediately following the two-hour run, and then again at one-hour, 24-hours and 48-hours post-run. Post-exercise serum myoglobin was found to be lower in participants who ingested the T-LPP supplement, as compared to the placebo group. Myoglobin is an iron- and oxygen-binding protein found in muscle tissue that is translocated to the blood compartment following acute muscle injury from intensive exercise; thus considered a sensitive marker for muscle injury.

“Previous animal and human data suggest that carotenoids and tomato phytonutrients may be useful in attenuating the oxidative stress and inflammation induced by prolonged and intensive exercise, however evidence is limited,” says Dr. Karin Hermoni, Head of Science and Nutrition at Lycored. “With this study, we sought to extend on previous knowledge in several ways, including the utilization of a unique composition that combines among other ingredients, both the oil and the water-soluble fractions of the tomato. In this study, we chose an exercise challenge bout that is known to induce physiological stress in study participants and directly evaluated the protective effect of the supplement on muscle damage biomarker.”

“Lycored’s philosophy is all about promoting overall wellness, and sports nutrition is an increasingly important part of that picture. Health-conscious consumers – from athletes to casual exercisers ― are demonstrating growing understanding of the role of nutrition in complementing physical activity. It’s that mainstreaming process that is causing the sports nutrition category to grow, and yes, we anticipate further growth in coming years,” Zev Ziegler, Head of Marketing (Health) at Lycored tells NutritionInsight.

“We’re constantly discovering more about the many health benefits of carotenoids, and this research demonstrates that they can ease the toll of physical activity takes by aiding muscle recovery. However, their benefits for physically active consumers don’t end there. For example, how we cope with the sun is vital for anyone who is active outdoors and Lycoderm, our proprietary carotenoid blend helps protect the skin from harmful UV rays, and is water- and sweat-proof,” Zeigler concludes.

Natural colorings are a must for any food and beverage manufacturer but they can be difficult to work with, since they sometimes produce inconsistent results. With our Tomat-O-Red® and Lyc-O-Beta® natural red, orange and yellow colorings, you can be confident of achieving the authentic appearance you desire in your products time after time. Tomat-O-Red® is created using tomato derived lycopene and offers a more technically sound red coloring alternative to unstable beetroot and anthocyanins, and also carmine, which is not vegetarian-friendly. Lyc-O-Beta® is sourced from Blakeslea trispora, a beta-carotene-rich, allergen-free natural fungus cultivated by Lycored. Both color ranges are available in liquid form and Lyc-O-Beta® is also available as a water-soluble powder. They are approved for use as food colorants in the EU, US, Japan and Australia. They are also certified Kosher and Halal, non-GMO, vegetarian and are heat, light and pH stable.

Great taste is what keeps consumers coming back for more – and it’s within easy reach with Lycored’s portfolio of ingredients for natural taste and texture improvement, all of which qualify for a simple foodstuff declaration on the label – just ‘tomato’. Within the range, SANTE offers a balanced roundness, intensity and lingering flavour in almost any food application, while our new Dry Tomato Pulp combines an authentically fresh and vibrant red color with a stable texture for red sauces (including pasta sauces), ketchups and soups. Our Lyco-Fibers are an excellent way to naturally modify pulpiness, viscosity and mouthfeel, with declarable fiber content, in sauces, soups and meat products.

For Lycored, nutrition isn’t complicated – it’s natural. It all just starts with a seed – our seed. At the heart of our business is our hero ingredient, Lyc-O-Mato®, a patented tomato extract that’s rich in lycopene and a range of other phytonutrients, including phytoene, phytofluene, beta-carotene, tocopherols and phytosterols. Scientific research has shown that the phytonutrient complex in Lyc-O-Mato™ works in synergy with the natural lycopene to offer powerful antioxidant activity and health benefits.

Lycored also offers nearly 400 fully approved active ingredients suitable for use in pre-mixes. They can enhance the nutritional profile of products and create new positioning opportunities across a range of sectors, including infant formula, dairy, bakery and other staple foods. We’ll create a bespoke pre-mix formulation for your product from our extensive portfolio of vitamins, minerals, botanicals and other functional ingredients, all of which come from trusted and traceable sources. We’ll also ensure encapsulation and delivery methods are optimised for your application, so you can be confident that your end-product will perform just as intended.

At Lycored we’re proud to say that we know where all of our ingredients come from. They’re carefully grown on lush farms, where our farmers let nature work its magic. After harvesting, we apply gentle processing techniques to extract the active compounds from the raw material, which we use to create our unique and natural ingredient formulations. But we don’t just supply ingredients. We also like to share our expertise and work closely with our customers to support them in using our ingredients to create great products that will really resonate with consumers.

Contact us today to find out more about the fantastic potential of Lycored’s natural ingredients. Discover the World of Heart + Soil. http://www.lycored.com

21 Aug 2018 --- The need to urinate is by far the most common cause of sleep disruption in older men, a survey by wellness company Lycored has shown. The research also reveals high... Read More

20 Aug 2018 --- Technological advancements have made many aspects of modern life more convenient but also brought certain negative consequences to human health. One of these is the... Read More