You are in : All News > One in four consumers spend less than five minutes on weekday breakfast: DSM survey 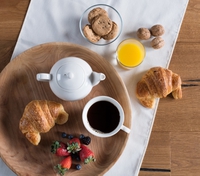 DSM’s survey of 3,500 consumers – 500 per country – was carried out in Germany, the Netherlands, Spain, France, Sweden, the UK and the US. Consumers were 18-64 years of age. Of those asked, 78 percent agreed that breakfast should be convenient to prepare and eat, and 85 percent of people said that they eat breakfast daily.

Busy lifestyles
“The first thing that came out of the study – I think this is the most important thing – is we want to eat something, but with our busy lifestyles we are increasingly time-pressed to do so,” explained Steve Hufton, DSM Food Specialties Communications & External Affairs (pictured), during DSM’s press presentation at FiE 2017.

However, the “one in four” statistic was shown to change greatly at the weekend, with the number of people eating breakfast in less than 5 minutes dropping to just 14 percent. “I’m also interested to see that when we take more time, we also reach for other things than the staples that we eat during the week,” Hufton added of the more luxurious food items such as eggs and croissants that can be favored. 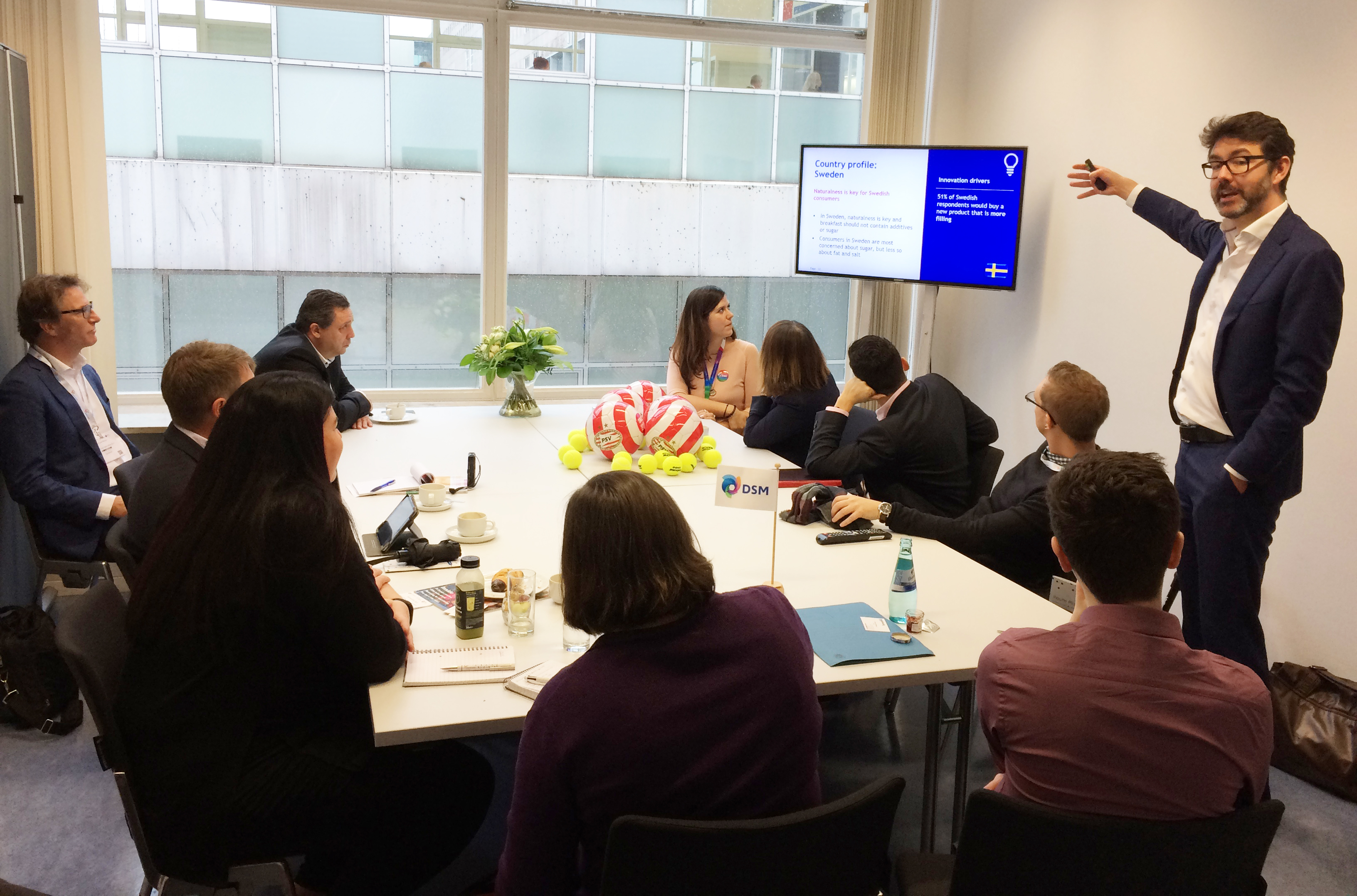 Worries about sugar also stand out at breakfast. More than half of consumers are paying attention to the amount of sugar in their breakfast, with 59 percent of respondents reading food labels more often than they were five years ago. “They’re not just reading nutritional information, they’re reading the ingredients list as well, and their eyes are lighting up when they see the word ‘sugar’ on there,” Hufton said.

“There’s been study after study that shows people who have a decent filling breakfast with quality, healthy foods tend to have better health outcomes,” commented Hufton on breakfast habits as a whole. “Our willpower, psychologists tell us, tends to be strong in the morning, so it’s easier for us to make the right choices. We’re less tempted to go for the treats and things like that.”

EU governments fail to promote breakfast
The DSM survey’s results come as it has been found that half of EU governments surveyed fail to fully understand and promote the importance of breakfast in public health, according to a first-of-its-kind report.

Looking at 16 countries, the Breakfast is Best (BIB) coalition teamed up with nutrition and behavior expert Professor Louise Dye of the University of Leeds, UK, and found that eight governments fell short on promoting the consumption of breakfast as a public health issue.

This clearly shows that Europe’s governments need to do more to ensure Europeans understand how crucial breakfast is, according to BIB.

“Breakfast is the most important meal of the day” is more than just a slogan, BIB notes. “The Importance of Breakfast in Europe: A Review of National Policies and Health Campaigns” takes a look into the way governments communicate around, and promote consumption of, breakfast.

The report examined policies on healthy lifestyles and diet and found that while health and lifestyle implications of regular breakfast consumption are largely understood, many European governments still do not devote sufficient effort to encouraging people to have breakfast. It is also clear that there are currently no EU-level campaigns dedicated to promoting breakfast consumption, BIB adds.

The assessment is based on four criteria: referencing the importance of breakfast in official documentation; monitoring and measuring breakfast consumption data; providing clear and user-friendly information; and organizing or supporting ongoing campaigns.

The report found that half of the countries examined met all four measures: Belgium, Denmark, Italy, the Netherlands, Portugal, Slovenia, Spain and the UK. However, Germany and the Republic of Ireland only met three, Austria, France and Greece met two, the Czech Republic only met one, while Poland and Romania met none of the four.

“The EU and Member States should increase their focus on breakfast consumption as part of healthy diet and living strategies, and better inform the general public on the well supported evidence of the benefits of positive breakfast behavior throughout one’s lifetime,” comments Professor Louise Dye.

“The benefits of breakfast are clear and scientifically proven, and it is essential that decision-makers wake up to the importance of breakfast and play a full part in encouraging Europeans to eat breakfast more regularly,” adds Dr. Vincenzo Costigliola of the European Medical Association.

“The Importance of Breakfast in Europe: A Review of National Policies and Health Campaigns” can be found here.

If you found this article valuable, you may wish to receive our newsletters.
Subscribe now to receive the latest news directly into your inbox.
Supplier Profiles On Nutrition Insight