You are in : All News > Omega 3 and prostate cancer connection flagged by review

02 Mar 2020 --- Omega 3s may do as much harm as they do good – according to new research from the University of East Anglia (UEA). Two systematic reviews have found that omega 3 supplements may slightly reduce coronary heart disease mortality and events, but slightly increase the risk of prostate cancer. The researchers note that further trials are warranted to better understand the health outcomes related to omega 3 intake, particularly through oily fish as a whole food. The research was endorsed by the World Health Organisation (WHO).

“Fish oil supplements do not appear very protective, but neither are they harmful,” Dr. Lee Hooper, from UEA’s Norwich Medical School, tells NutritionInsight. “Long-chain omega 3 fats are prescribed for reducing blood triglycerides and they work well for this. Otherwise, we suggest that people choose to promote their health in other ways, such as spending the cost of the supplements instead on an enjoyable physical activity or nutritious meal – running shoes, walking boots or some fish or fruit,” affirms Hooper.

Omega 3s are a type of fat that is readily available as over-the-counter supplements and they are widely bought and used. Small amounts are essential for good health and can be found in the food that we eat including nuts and seeds and fatty fish, such as salmon.

The sister analyses, which were published in the British Journal of Cancer and the Cochrane Database of Systematic Reviews, found that both beneficial and harmful effects from taking omega 3 supplements are small.

“These large systematic reviews included information from thousands of people over long periods. This large amount of information has clarified that if we take omega 3 supplements for several years, we may very slightly reduce our risk of heart disease, but balance this with very slightly increasing our risk of some cancers. The overall effects on our health are minimal,” she explains. 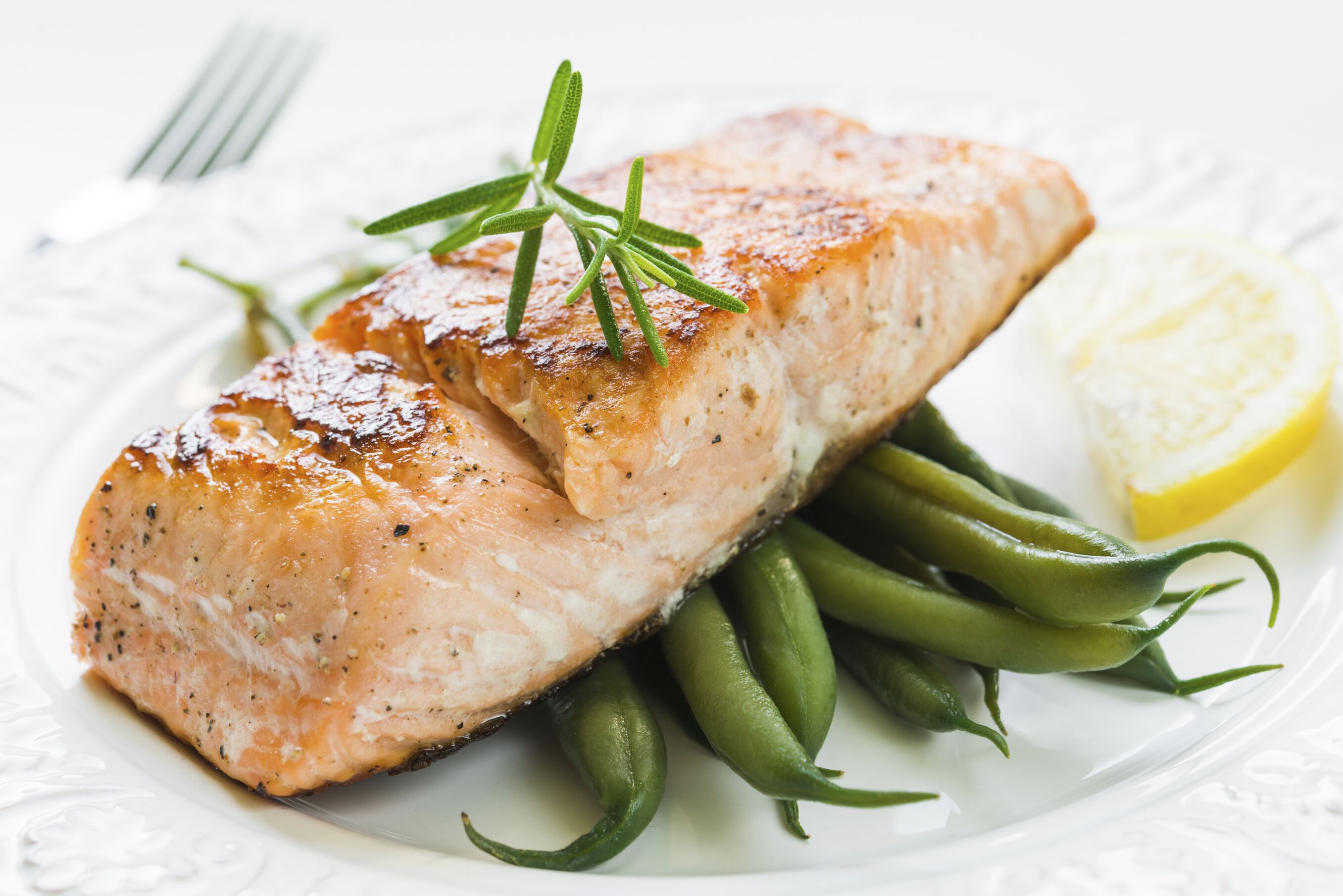 Oily fish is rich in protein, energy, and a variety of useful micronutrients, as well as omega 3s.Large scale trials
The research team looked at 47 trials involving adults who didn’t have cancer, who were at increased risk of cancer, or had a previous cancer diagnosis, and 86 trials with evidence on cardiovascular events or deaths.

More than 100,000 participants were randomized to consume more long-chain omega 3 fats from fish oils, or maintain their usual intake, for at least a year for each of the reviews. They studied the number of people who died, received a new diagnosis of cancer, heart attack or stroke or died of any of the diseases.

“Our previous research has shown that long-chain omega 3 supplements, including fish oils, do not protect against conditions such as anxiety, depression, stroke, diabetes or death,” Hooper further explains.

As for why omega 3s may be linked to cancer, the mechanisms are not clear. “Protective effects of total polyunsaturated fat on heart health appear to be mediated via reductions in blood cholesterol levels. Long-chain omega 3 effects on cancer could be mediated by heavy metals such as mercury, cadmium, chromium, nickel, lead and cobalt and toxic compounds such as dioxins, which have been found in fish and fish oils. However, this doesn’t explain the effects of increasing polyunsaturated fats more generally on cancers. Effects may be mediated by reactive oxygen species, but our trials did not provide these intermediate markers,” continues Hooper.

“The evidence on omega 3 mostly comes from trials of fish oil supplements, so health effects of oily fish, a rich source of long-chain omega 3, are unclear.” Oily fish is a very nutritious food as part of a balanced diet, rich in protein and energy as well as important micronutrients such as selenium, iodine, vitamin D and calcium – it is much more than an omega 3 source.

“We would suggest following the general healthy eating advice to eat two portions of fish each week, one of which should be oily fish. Oily fish includes mackerel, herring, salmon, pilchards and fresh tuna, not canned,” Hooper adds.

“Considering the environmental concerns about industrial fishing and the impact it is having on fish stocks and plastic pollution in the oceans, it seems unhelpful to continue to take fish oil tablets that give little or no benefit.”

Hooper further notes that there are several large ongoing trials of supplemental long-chain omega 3 fats from fish oil supplements and that no further trials should be initiated until the ongoing trials have reported. “Ongoing and completed trials should make data on baseline long-chain omega 3 intake, and details of deaths, cancer diagnoses, cardiovascular outcomes, diabetes, cognition, depression, inflammatory bowel disease, lipids, adiposity and blood pressure available, as well as other key health outcomes, regardless of their primary outcomes,” she concludes.

Further large and high-quality trials of alpha-linolenic acid (ALA, the plant-based omega 3, found in rapeseed or canola oil, soya oil, flaxseed oil and some nuts) carried out in lower- and higher-income countries, and that assess baseline ALA intake and use biomarkers to assess compliance would be helpful to clarify the health effects of ALA (on cardiovascular and cancer diagnoses and deaths).

Consuming 3 g of AHCC, an extract from the Japanese shiitake mushroom may clear human papillomavirus (HPV) infection, a study by the University of Texas has revealed.

Climate change could result in a decrease of omega 3 acids available for both fish and humans, a study by the Woods Hole Oceanographic Institution (WHOI) reveals.

A study led by the US-based Brown University School of Public Health has revealed increasing overall fish consumption is associated with a higher risk of melanoma... Read More