You are in : All News > Oily Fish Consumption May Help Prevent Blindness in Diabetics 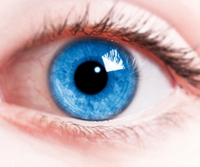 Study participants were drawn from an earlier randomized clinical trial - Prevención con Dieta Mediterránea (PREDIMED) - that had divided 3,482 Spanish residents with type 2 diabetes into three different groups, each assigned to a different diet. The first followed a low-fat diet. The second followed a Mediterranean (plant-based/red meat-free) diet, supplemented with extra virgin olive oil. The third group also followed a Mediterranean diet, but it was supplemented by 30 g/day of walnuts, hazelnuts, and almonds. The researchers set the exposure of long-chain omega-3 polyunsaturated fatty acids to at least 500 mg/day (or at least two weekly servings of oily fish), as recommended by the International Society for the Study of Fatty Acids and Lipids.

About 75% of the group (2,611) met target intake recommendation. The researchers found that participants reporting intake of at least 500 mg/day of eicosapentaenoic acid + DHA at baseline showed a 46% decreased risk of incident sight-threatening diabetic retinopathy in comparison with participants not meeting the recommendation. In addition, when compared with the participants not meeting target intake and allocated to the control diet group, those meeting the recommendation had a significant decreased risk regardless of the intervention group to which they were allocated.

The researchers conducted several sensitivity analyses to investigate possible sources of bias in the estimation of the relationship between meeting the recommendation for long-chain omega-3 polyunsaturated fatty acid intake at baseline and sight-threatening diabetic retinopathy. They found that the results were consistent with the findings of the primary analysis.

The researchers concluded that: “meeting the target of at least 500 mg/d of dietary long-chain omega-3 polyunsaturated fatty acids is associated with a reduced incidence of severe diabetic retinopathy in individuals aged 55 and older with type 2 diabetes. Our findings, which are consistent with the current model of the pathogenesis of diabetic retinopathy and data from experimental models, add to the notion of fish-derived long-chain omega-3 polyunsaturated fatty acids as a healthy fat."

25 Jun 2020 --- NattoPharma is partnering with KD Nutra – a KD Pharma Group company – to develop a new ingredient for cardiovascular (CV) health. The product will... Read More

08 Jun 2020 --- Industry should monitor the omega 3 content of commercial fish species due to a decline in phytoplankton, which is part of the marine food web and is a primary... Read More