You are in : All News > Nutritional gadgets and apps (Part 1): Healthy tech – From activity trackers to diet help 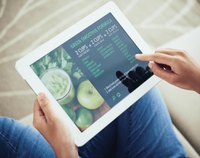 02 Jan 2018 --- The benefits of owning a smartphone are well known, and with this gadget's growing popularity, the number of nutritional apps is growing rapidly. On top of this, the popularity of FitBit and success of Apple Watch are by no means the only example of gadgets entering the nutritional space.

“Given that it is preventable diseases that account for the majority of healthcare expenditures and are the primary cause of mortality across the world, the market opportunity to provide nutritional interventions that can combat these diseases has unlimited potential,” notes Christina Troutner, Research Dietitian and Scientist and Investor Relations Executive at GB HealthWatch, of the potential of gadgets and apps in the space.

NutritionInsight presents a snapshot of the latest products available to those who want to improve their nutrition with a gadget or app.

Activity trackers can be sticky, even among seniors
Activity trackers, such as wearable devices and smartphone apps, are on everyone’s lips at the moment, and a study published in the Annals of Internal Medicine shows that 80 percent of users stick with their device for at least six months.

Researchers at the Perelman School of Medicine at the University of Pennsylvania and colleagues found that 1.2 percent of the study population engaged with devices, and that most of the individuals who started using an activity tracker were younger and had higher incomes than people who opted not to use the devices. The overwhelming majority of participants used FitBit trackers (76 percent), with Apple devices being the second most common (9 percent).

The authors say game design elements and financial incentives may have contributed to the sustained use of the devices.

“We found that although use grew over time, it really varied depending on individual characteristics like age and income,” says Mitesh Patel, M.D., an Assistant Professor of Medicine and Health Care Management.

Results of the study showed that while overall activity tracker use was 1.2 percent, it was nearly double (2.8 to 3.1 percent) among younger individuals. During the two-year study period, only 0.1 percent of elderly persons (over age 65) activated a device, though 90 percent of those participants were still using it six months later. The authors say the results suggest more effort is needed to initially engage individuals to start using these devices.

MyNetDiary
Founded in 2005 and launched in 2007, MyNetDiary is an online diet log service with a considerable history that can be accessed from the MyNetDiary.com website. It boasts a database of 820,000 foods, diabetes tracking and low membership fees.

“The market opportunities for nutritional gadgets and apps at the moment are activity trackers, smartwatches, blood glucose monitors, insulin pumps and so on,” opines Dmitry Serikov, Tech Support at MyNetDiary, of the market in general. “Challenges are their compatibility with iOS and Android OS devices (open API, iPhone Health App, Google Fit App).”

Serikov believes an important trend in the app space is the ability of a gadget or app to allow personal customization: “For example, one person focuses on tracking his or her blood pressure and daily sodium intake. Another focuses on his or her own daily weight, blood glucose, daily sugar intake, net carbs, diabetes carb count, fiber and insulin. The third person may want to track muscle mass, bicep size, fat, protein and exercises.” However, he adds that getting the longest battery life out of gadgets is the most important factor.

The main forms of technology of most interest to those making nutritional apps, according to Sorikov, are: “The Samsung Gear Watch (with Samsung Health), but it's temporary. The general trend is [toward] the same iPhone Health app (with Apple Watch), Google Fit, Fitbit and Withings-Nokia.”

“It would be great if Samsung Health would develop compatibility with the Google Fit app, the leader on the Android OS,” Sorikov suggests of nutritional apps in the future. 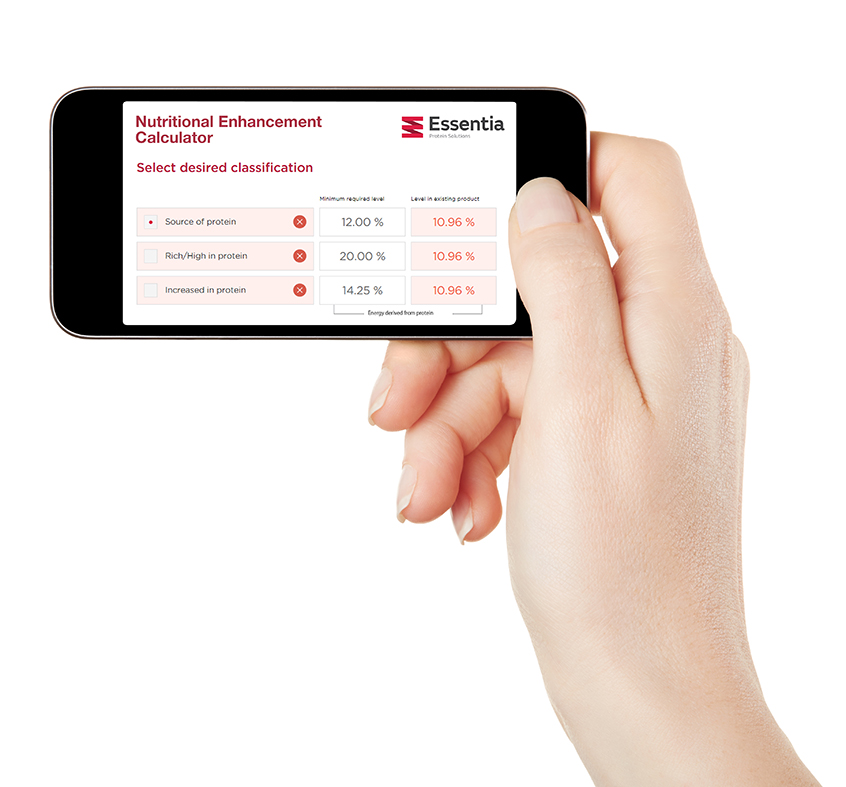 The calculator is designed to inform manufacturers about what’s required to upgrade their food or drink product to a higher protein classification – according to Regulation (EC) No 1924/2006 – in terms of labeling as a source of protein, high in protein or increased in protein.

“The market trend and requirement for protein enhancement and enrichment have crossed over from purely sports nutrition to encompass a wide range of everyday meals and beverages,” says Tom Cooke, Essentia’s Director UK & Ireland.

“With manufacturers looking to increase protein content, Essentia has developed this quick and easy calculator to help manufacturers understand how their products stack up in terms of protein labeling and what they need to do in order to achieve any protein on-pack claims,” Cooke adds.

HealthWatch 360
GB HealthWatch is a nutritional genomics company that studies gene-diet-disease interactions. It states that its mission is to help prevent common chronic diseases through targeted, gene-based nutritional and dietary intervention.

Its HealthWatch 360 mobile app for personalized nutrition and disease prevention was designed by nutrition scientists and incorporates the Dietary Guidelines for Americans and medical nutrition therapy for major chronic diseases. The app provides personalized dietary and nutritional recommendations according to an individual’s health goals and personal profile.

HealthWatch 360 provides a large, comprehensive food database for analyzing complete nutrition information with mobile technology, Christina Troutner notes, with over 500,000 foods and 50+ nutrients and nutrient components. “You can also use it to track exercise, lifestyle factors and health symptoms as well as connect personal 23andMe genetic data to the app and learn about APOE genotype, relevant to Alzheimer’s disease risk, as well as other genetic variants relevant to individual nutrients and diseases,” Christina Troutner of GB HealthWatch adds.

“The major challenges, however, are: (1) the adoptability of such interventions as they require action during the ‘prevention phase’ of a disease, when people are not suffering from symptoms and therefore may not prioritize preventive measures like dietary modification and (2) (and for the same reason), there is no immediate monetary benefit for investors because the potential monetary benefit is gargantuan but only seen in the long term and therefore not as attractive to venture capitalists and capital funding,” Troutner adds.

Looking forward, Troutner says: “Many organizations are looking to technology that can make tracking dietary intake data easier (it is tedious to log foods one by one), such as taking a photo and automatically knowing the nutritional content of a food. The challenge with this approach, however, is that there is no way for a photo to assess micronutrient content. For example, you may be able to take a picture of a slice of whole wheat bread and get an accurate analysis of carbohydrate, protein and fat content, but there is no photo that could distinguish between the folic acid in a slice of whole wheat bread from Canada versus the USA, where fortification levels are different.”

The company has also been awarded a Phase I Small Business Innovative Research (SBIR) grant from the National Institute on Aging, National Institutes of Health (NIH) with which it will employ sophisticated bioinformatics and statistical models to evaluate gene-nutrient interactions that contribute to the pathophysiology of Alzheimer’s disease.

Gene-nutrient interaction data will be extrapolated and the nutritional profiles of protective traditional diets will be used as a reference to develop nutritional “prescriptions” that mimic the nutritional patterns of anti-Alzheimer’s diets. The company aims to develop a low-cost, evidence-based mobile app.

Be sure to check back in on Monday when NutritionInsight will look at more gadgets and apps in the nutrition space.

Drops in testosterone levels and its effects on fertility, virility and athletic and physical performance are some of the main factors driving nutraceutical and dietary... Read More