You are in : All News > NHS targets obesity with 250-calorie limit on confectionery sold in hospitals 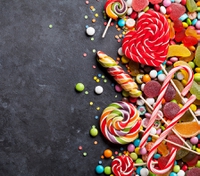 17 Oct 2017 --- Super-size chocolate bars and “grab bags” of sugar-laden snacks will be banned in UK hospitals as part of the NHS’ latest plan to fight obesity, diabetes and tooth decay. NHS England has announced a 250-calorie limit on confectionery sold in hospital canteens, stores, vending machines and other outlets as the British healthcare service, Europe’s largest employer, forges ahead with steps to curb the availability of unhealthy food and drinks that are fueling an obesity crisis.

Under the new plan, hospital chiefs across the UK will have to ensure that four out of five items purchased on their premises do not bust the limit, or else they may lose out on funding ring-fenced for improving the health of staff, patients and their visitors, NHS England reports.

“The NHS is now stepping up action to combat the ‘super-size’ snack culture which is causing an epidemic of obesity, preventable diabetes, tooth decay, heart disease and cancer,” NHS England Chief Executive Simon Stevens says. “In place of calorie-laden, sugary snacks we want to make healthier food an easy option for hospital staff, patients and visitors.”

According to NHS England, in 2018/2019 health services will get financial incentives if they make further efforts. These currently include:

In recent months, the NHS has already taken action to remove price promotions and stop sales at checkouts of sugary drinks and foods high in fat, sugar or salt; end advertisements of these foods on NHS premises; and ensure healthy food options are available at all times, including for those people working night shifts.

In April, NHS England announced that leading UK retailers – including Marks & Spencer, the SUBWAY brand, Medirest, ISS and the Royal Voluntary Service – have agreed to continue to voluntarily reduce sales of sugar-laden drinks to 10 percent or less of their total drinks sales within hospitals over the coming year.

“Our shops, cafes and on-ward trolley services in England and Wales meet the current CQUIN requirements and we welcome the decision of NHS England to put these new measurements in place,” says Andrew Roberts, Business Enterprise Manager for Royal Voluntary Service.

“We took an early lead on the NHS workforce healthy agenda by introducing our Healthier Choices program, and it is already having a significant effect on consumer behavior” Roberts adds. “In the first quarter of 2017, year-on-year sales of fruit increased by 25 percent, healthier chilled snacks like salad and sushi by 55 percent and healthier sweet and savory snacks like popcorn and dried fruit by 109 percent.”

“We will be implementing these new guidelines and are hopeful that they will result in healthier food being a more consistent feature in all hospital retailers,” Roberts concludes.

05 Sep 2019 --- In the midst of Brexit uncertainty and House of Commons chaos, the UK has received some insight into how the government will be spending its budget on public... Read More

“Do or die”: No-deal Brexit fears for the UK's health and nutrition industry