You are in : All News > Nexira showcases Hepure antioxidant formula bringing liver health into spotlight 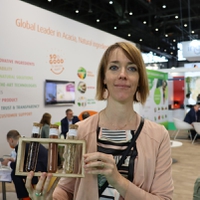 07 Oct 2021 --- Nexira is launching Hepure, a formulation of immortelle, or curry plant (Helichrysum italicum) and clove extracts (Syzygium aromaticum), which the company says has a powerful antioxidant and nutrigenomic impact on liver cells.

“This ingredient is especially targeting the liver, a vital organ in the body. It’s where the toxins arrive in the body and it's where that solubilizes the toxins so they can be eliminated through the intestine,” she says.

Nexira made a “really extensive” screening to produce the ingredient, Imperato explains, beginning with around 100 different extracts. Each extract was tested for antioxidant potency on epithelial cells and the liver.

“The combination that resulted, which you see in Hepure, was the best,” continues Imperato. “We had several ingredients remaining at the end of the study, and this combination was the first one. It was the optimal synergy and produced the best outcomes for antioxidant activation.”

Hepure is a formula of immortelle and clove extracts.Liver health coming into focus
Hepure acts on the liver in two ways, Imperato explains. First by producing antioxidants and second by activating a detoxification process throughout the entire body.

“Detoxification is a really important process in the body and can have a powerful impact on skin, beauty, weight management and non-alcoholic fatty liver rates.”

Imperato says products like Hepure could cater to rising levels of consumer awareness on the importance of liver health. Supplements and other wellness products aimed at improving and maintaining liver function could become mainstream, she predicts.

“We think that liver health could become the next trend like gut health. A few years ago, digestion and the intestines were not a focus area of health, but today this has changed. A balanced gut with all the microbiome considerations – it’s everywhere today.”

Nexira’s venture into liver products was not originally its intention, Imperato outlines, but came about naturally as a result of the company’s research. Its findings should become a matter of public education, she maintains.

“At the beginning, we were not really targeting the liver, but with each step, we learned something new about the liver, and we became more interested in the topics. People need more education on the subject. The liver works with your intestines, lungs and skin.”

Stay tuned for more live coverage of Vitafoods Europe 2021, as NutritionInsight reports from the show floor.

, with additional reporting from Missy Green

Nutrition company Nexira is broadening its acacia capacities, having invested US$10 million into the expansion of its main France-based production facility. The natural... Read More

France-based Nexira has invested over US$10 million in increasing its acacia fiber processing capacity by over 20%. This is a response to rising demand for the... Read More